In the lead-up to Wavelength 13's final night at the Garrison, a rather heated Facebook exchange took place on the Wavelength 13 event page. Accumulating fifty-six comments in less than 24 hours, the post complained about the technical difficulties on Friday night during Doldrums's set, placing the blame on the Wavelength crew and arguing that $18 is much too high a price for a show that had sound problems during the headliner (despite the fact that $18 for five excellent bands is, I would say, a steal).

Wavelength fans, music-lovers, and even a member of one of the bands who played that night did not take this criticism lying down, however. Without devolving into too much trolling, they argued about the strengths and weaknesses of the Great Hall, "fraud in the cesspool of the music industry," and general impressions of the night. Definitely check out the post if you want a laugh.

After so much controversy, I was looking forward to hearing the bands at Sunday's fourth and final night of Wavelength 13. It was a stacked line-up, and accounting for six different bands' sound would be understandably difficult. I'm happy to report, though, that each band was taken care of and sounded fantastic. 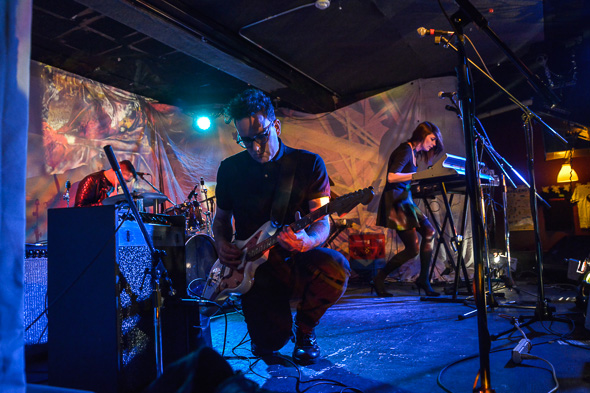 Cell Memory & Castle If opened the night with an undulating, sometimes creepy, electro-drone mystique. The krautrock and New Wave influences were palpable and oftentimes explicit - German lyrics and track names came as a matter of course. Their dark themes and atmospheric noise stood in major contrast, however, to the second band of the night - the Legato Vipers, a surf-rock band. 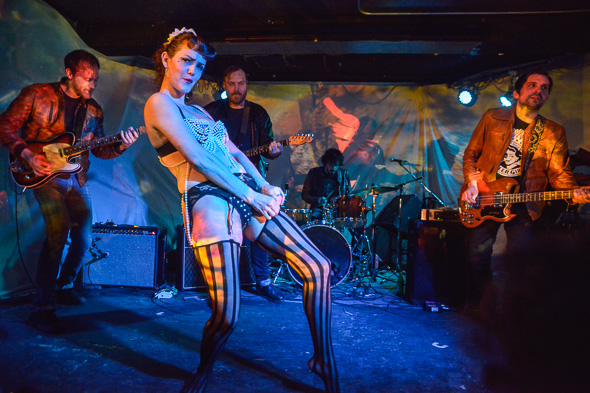 Who knew surf-rock paired so well with burlesque? As an additional treat for the final night, Wavelength brought in The Harlettes to dance to the catchy riffs and groovy, pulsing tunes of the Legato Vipers, whose five-man band sported the slicked-back hair and leather jackets typical of '60s. 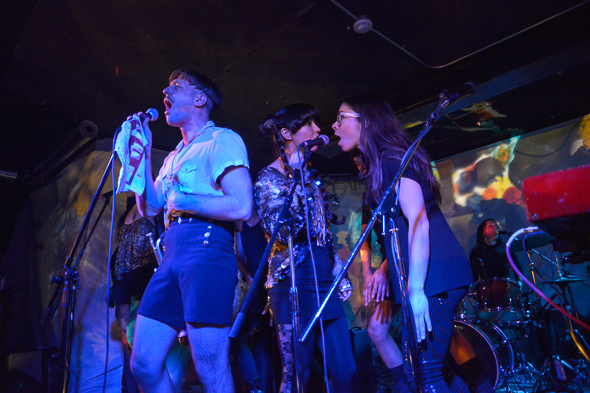 Henri FabergĂŠ and the Adorables - a high-showmanship, yet ironically-minded band - came on towards the midpoint of the night to inject some much needed dance energy into the crowd. While the band sometimes holds upwards of eight members, Sunday's show featured Toronto-based favourites Maylee Todd and Laura Barrett among others, who tore through Henri's lyrically-driven, genre-juggling pop songs. During the set, Henri asked sarcastically about the sound quality: "Is the sound okay out there? You never know with these Wavelength shows." The sound was just fine, Henri, thanks for checking. 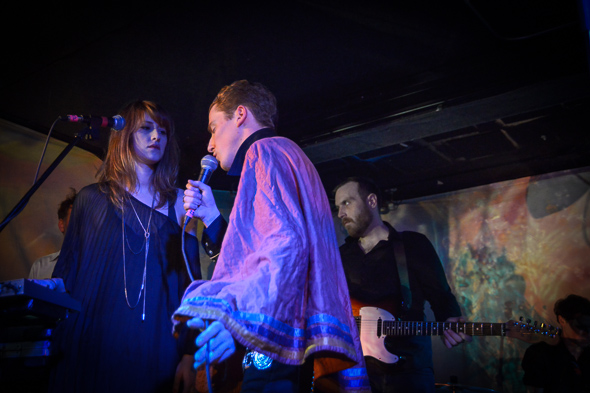 The final three bands took the night into overdrive. Guelph-based band, The Magic, took a cue from Henri and skimmed through different genres, moving from rock and roll tunes to disco pieces, dancing along the way to the bouncy, pop-rock feel.

Then came the most anticipated band of the night - and MC Doc Pickles' special favourites - Cookie Duster. The band features many acclaimed musicians from Toronto's local scene, including members of Broken Social Scene, Change of Heart, and The Super Friendz. 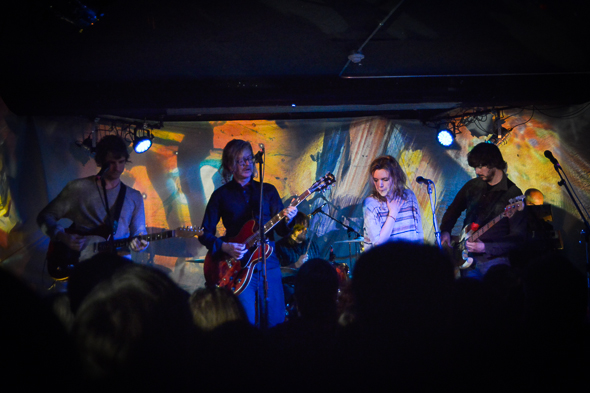 A special addition on Sunday night was bass player and Toronto institution Rob Higgins (Change of Heart), whose obvious talent only added to the all-star band's comfortable stage presence and obvious musical ease. Their synth-laden, alternative pop and rock brought the audience to its feet, and they were the obvious winners of that night's popularity contest.

Ending the show, after half the audience had left, was Dusted, an 11-month-old band by duo Brian Borcherdt and Leon Taheny. They managed to take a guitar, a drum kit, and some synthesizers, and translate them into an incredibly full sound. Harkening to Daniel Johnston and Delta Spirit, the duo played a soulful, steady alternative rock set to close the night.

It was a wild and wonderful weekend showcasing some of the best and brightest of Toronto's independent music scene. As Doc Pickles said toward the end of the show: "This weekend has given me some civic pride." I completely agree.