Nelly Furtado gets nostalgic at the Sony Centre

Reminiscing seems to be important to Furtado these days. Of her latest album, she writes, "Nostalgia is a huge theme. All my old memories suddenly became crystal clear to me, and I found myself revisiting my past in a fresh and colourful way." 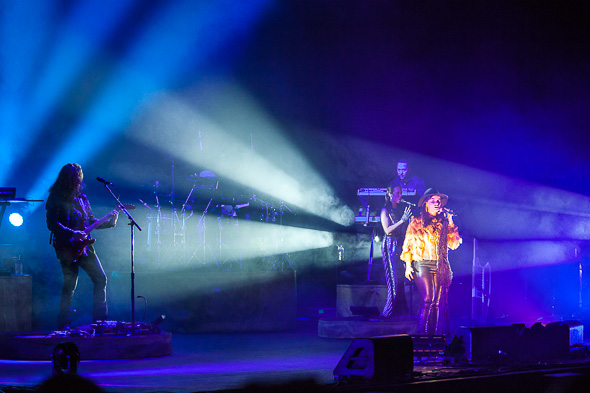 Fans loved the mix of new songs like "Big Hoops" and old hits like "I'm Like a Bird." I was less than impressed with her cover of Missy Elliot's "Get Ur Freak On" â why anyone would even try to cover that gem is beyond me â but all was forgiven when she followed it up with a seriously cool, bass-heavy rendition of "Turn Out the Lights." She proved to be well skilled at revitalizing her back catalogue, and, as a result, the show felt fresh without being unfamiliar.

Furtado's stage presence seemed slightly awkward as her stiffened stance and subtle hand gestures didn't quite fit with the groovy rhythm of her music. She was also outshined by her sparkly backup singer: a glitter-clad, kettledrum playing dancer-slash-singer-slash-goddess who maintained an effortless energy and occupied my gaze longer than Furtado could. 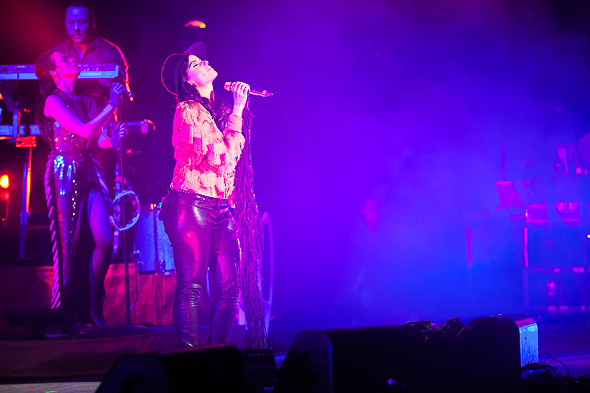 That said, although I think a little more flow and physical presence may benefit Furtado's overall performance, I was amazed by her explosive voice. If she and her backup singer merged, they'd be an unstoppable force of musical talent. 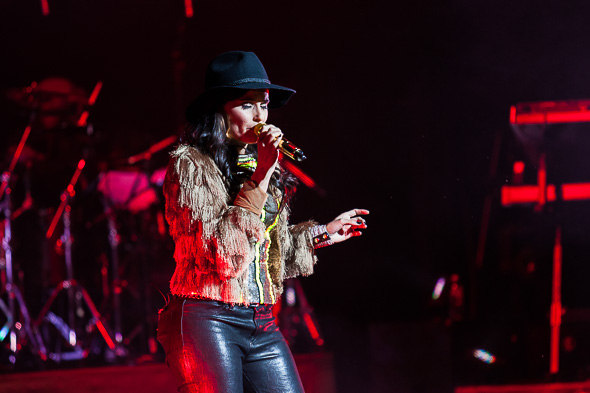 In keeping with the motif of nostalgia, Furtado placed a "Bucket List" bucket at the venue's entrance, encouraging fans to write down things they'd like to accomplish one day. Near the end of the show, a feather boa-clad Grim Reaper appeared on the stage with the bucket and Furtado read out a handful of responses before performing "Bucket List."

Although the seats were cramped and the stage-back spot lights were blinding, the Sony Centre's acoustics showcased Furtado's vocal strength as well as her band's tight instrumentals. Overall, Furtado performed a fan-friendly setlist that left her audience satisfied.