Jason Collett's Basement Revue rises up at the Great Hall

When you think about it, it's really quite amazing what The Basement Revue has become. With just one really cool idea and a few (admittedly very accomplished) friends, it's blossomed into one of Toronto's most interesting live residencies. Secret performers, sometimes-bizarre song choices and, of course, poetry readings all make an appearance.

We sat down with Collett earlier this month to talk about his annual December series. On Thursday night, the Revue, now in its sixth year, moved for the first time away from The Dakota Tavern in favour of the higher capacity Great Hall. The change of venue only served to prove that has grown into something amazing.

Flat out, I'll admit I don't think I can properly do the night proper justice, but I'll try. If I forget or miss anything noteworthy, please mention it in the comments below. There was so much going on, I'm not sure anyone could keep it all straight.

Everything opened with Collett playing "Black Diamond Girl" from his new album, Reckon. After that, he sort of segued into hosting duties, and didn't perform again until the end of the show. While I would've loved to have heard more from him, Collett showed a lot of strength as an emcee; his manner onstage perfectly suited the feel of the evening, straddling a line between indulging the performers or bantering with the audience and keeping the evening moving forward. 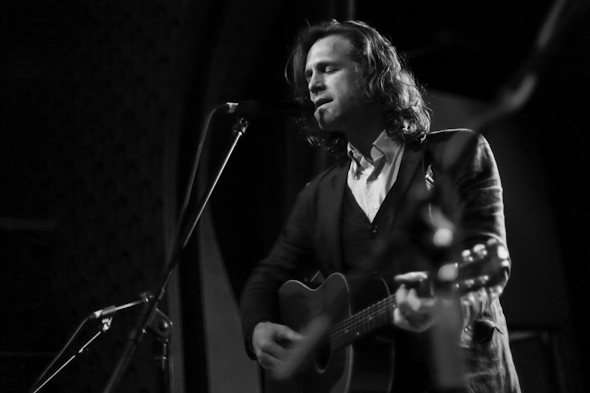 After that, it was a constant stream of people up and down the stage. Snowblink, Jeramy Dodds, Chris Murphy from Sloan, Hayden, Karen Solie, Andy Kim, Kevin Drew, Michael Ondaatje and Feist...

And Rich Terfry (Buck 65) read an excerpt from his forthcoming memoir. 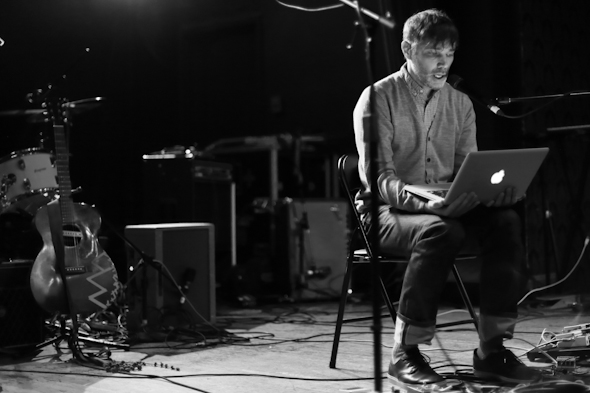 The musical acts of the evening were uniformly amazing. Andrew Whiteman's new project AroarA played a set rich with a subtle complexity, with lyrics cribbed from Alice Notley's famous book In The Pines, programmed drums and cigar-box guitars crashing through the venue. 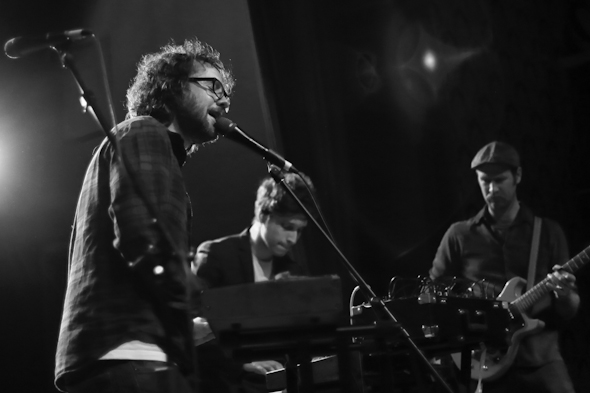 Kevin Drew got up with his band and played a new song called "Good Sex." Then, when he finished, he turned around and played it again.

Snowblink played throughout the night. Singer Daniela Gesundheit and guitarist Dan Goldman made some waves this year; the tracks they played from their new release Inner Classics really suited the evening: loose and dreamy and drenched in reverb. 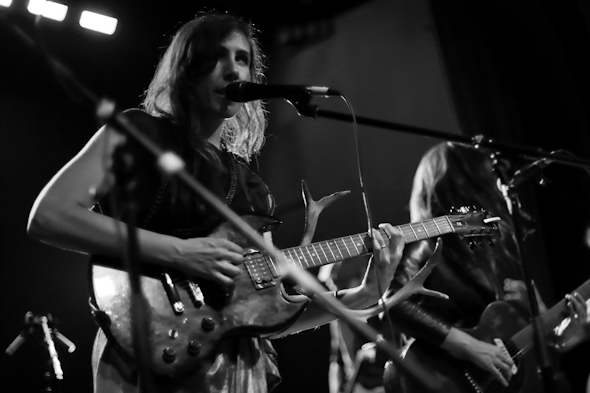 Andy Kim led the entire audience in a singalong of 'Sugar, Sugar' with Chris Murphy strumming an acoustic guitar. 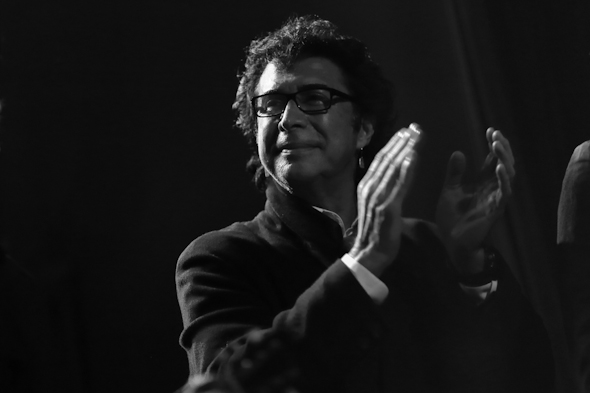 Hayden played from his new record Us Alone, and it was a shame he only got to play three or four songs because they were pretty much brilliant. 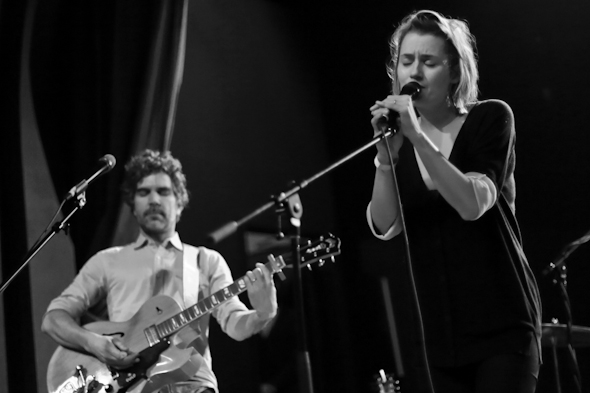 I can imagine the whole vibe be very different at the Dakota, where The Basement Revue is normally held. The atmosphere at the Great Hall was maybe not perfect for the more literary portions of the Revue. It became fairly obvious during the poetry readings that the level of ambient noise in the room was just too much at times. It's a shame, really; even for those who didn't come to see poetry, the writers Collett managed to bring onstage are some of the best in the country, easily equivalent to the musical acts he booked for the Revue.

During Karen Solie's reading in particular, even the light chatter of people at the bar detracted from the magic of her work. Jeramy Dodds read as well, and his uniquely humorous poems really went over with the crowd. I'd never seen him read, and to finally hear his own cadences applied to his poems really made me want to revisit Crabwise to the Hounds, his Trillium Book Award-winning collection. 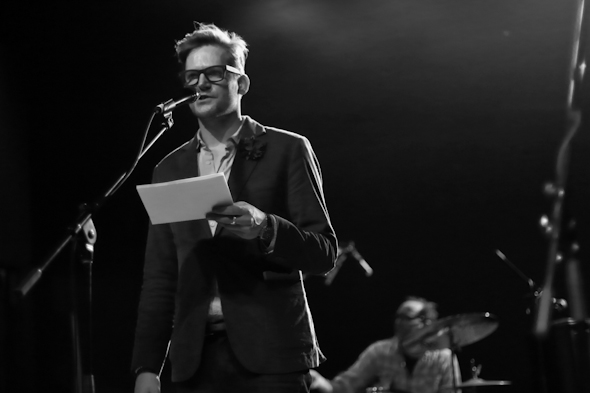 The last poet of the evening was none other than Michael Ondaatje; he got up and read a poem as well as an excerpt from his latest book, The Cat's Table. 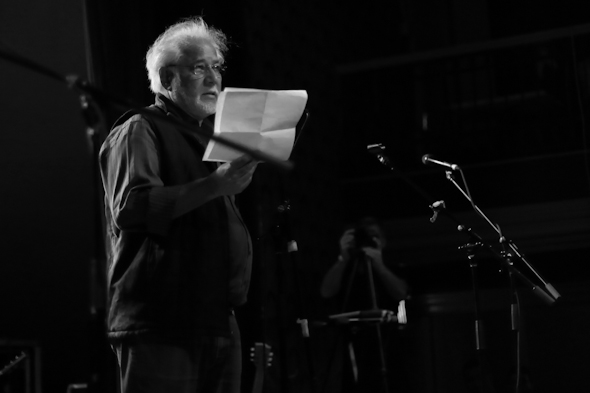 But as if that wasn't enough, Leslie Feist came out and backed him up. 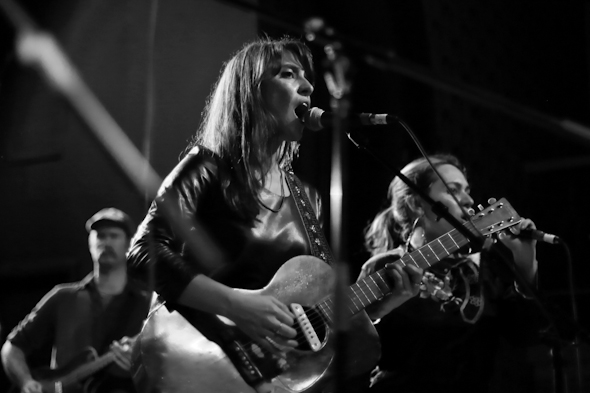 The crowd walked in with pretty high expectations, I think; the stellar reputation of The Basement Revue demanded no less than something amazing for its move to The Great Hall, but I don't think anyone was prepared for just how good it was.

That would be the highlight of the evening, I think. Feist, along with the rest of the musicians, dubbed 'Sno-Roar-Eist' played a mishmash set of songs including "The Bad In Each Other," which was great â but I don't think anything tops Michael Ondaatje doing a reading with Feist on guitar, improvising accompaniment.

With a few minor complaints (ambient noise during the poetry, some weird breaks as people soundchecked, set up, tore down and set up again) I think it's safe to say that The Basement Revue's move to The Great Hall was a great success. Jason Collett's shown us again that his perseverance, determination and above all, his vision, for this series, is stronger than ever, and hopefully, he'll keep going and take it even further.

The Basement Revue has its last show of the year on December 27th at the Dakota. Tickets are currently sold out, but last-minute blocks have been known to open up, so keep your eyes on the Twitter pages of Rotate This, Soundscapes, Arts & Crafts, and the Dakota for any updates 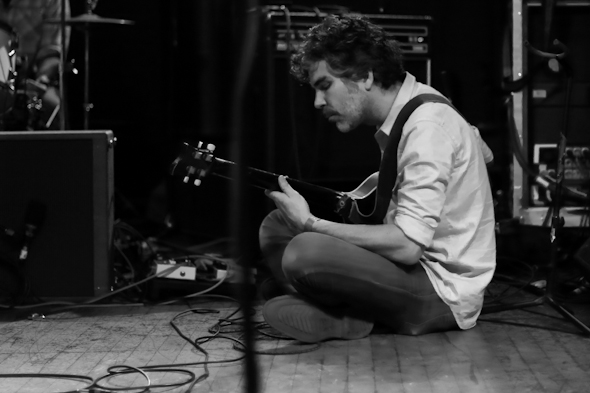 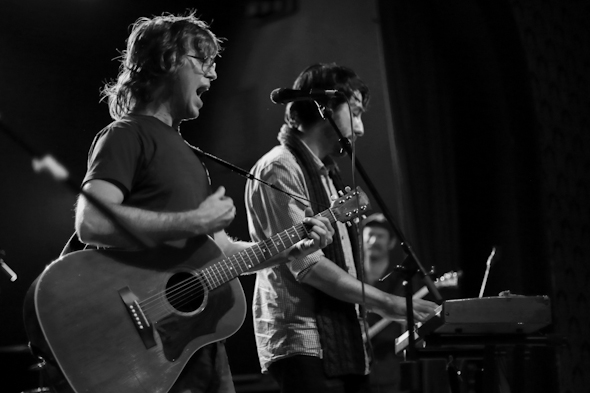 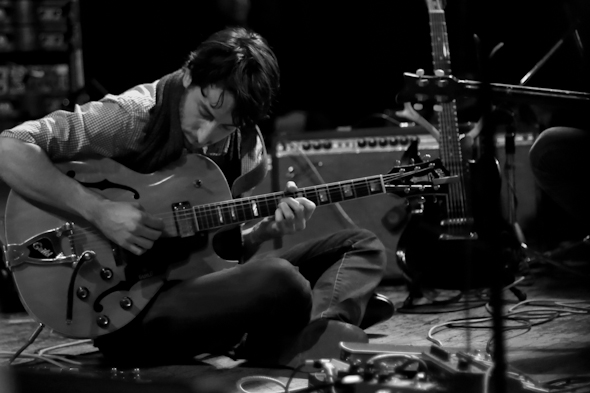 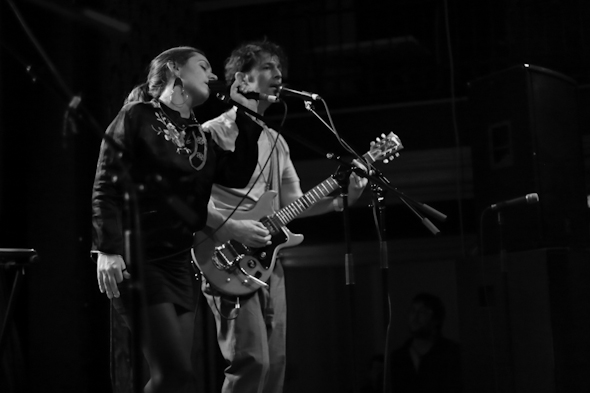 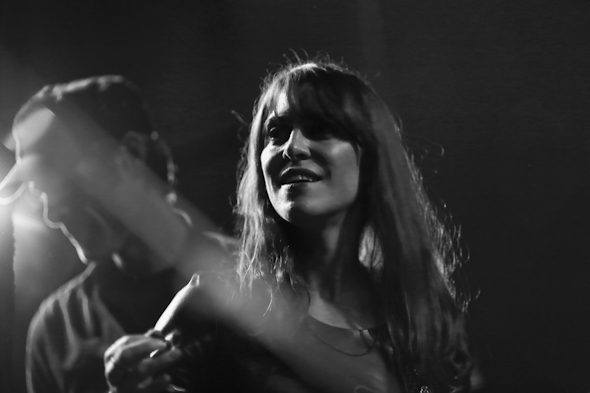