The Weeknd puts on a show at the Sound Academy

On Friday night, Toronto's own The Weeknd (aka Abel Tesfaye) commenced his four-night stretch of shows at the Sound Academy with a solid set of sexy songs. To be honest, I wasn't sure what to expect. I've been a fan for a few years, and didn't have a chance to get to Hamilton for his show in March, but after reading a Ticketmaster user review, I had my doubts about his intentions as a performer. 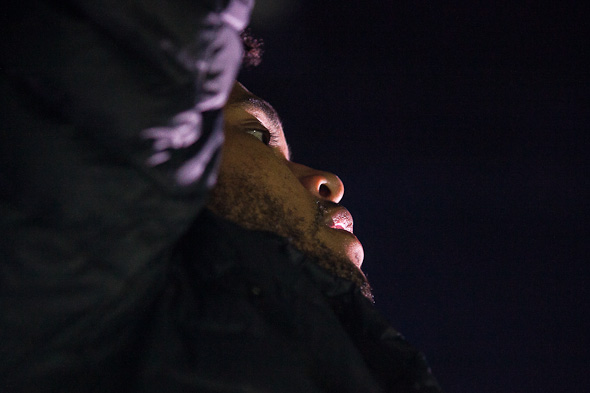 "[The show was] very misleading," the reviewer said. "It wasn't a concert at all. He came three hours late, sat on [the] stage and got high while we listened to some DJ yell into a microphone."

Yikes. Sorry Abel, but you haven't reached that level of boss just yet.

Luckily, I found myself loving everything I heard coming from The Weeknd, so with only slight hesitation, I made my way to the Sound Academy to check him out for myself. Either he picked up his game or the aforementioned Ticketmaster user mixed up the venue and never saw him, but regardless, the Weeknd put on one hell of a performance.

The Weeknd has been nominated for the Polaris Prize two years in a row. MTV called him the "best musical talent since Michael Jackson" and though I'd scoff at this comparison in terms of compilation and lyrical ability, I was more than impressed with The Weeknd's vocal range and control. 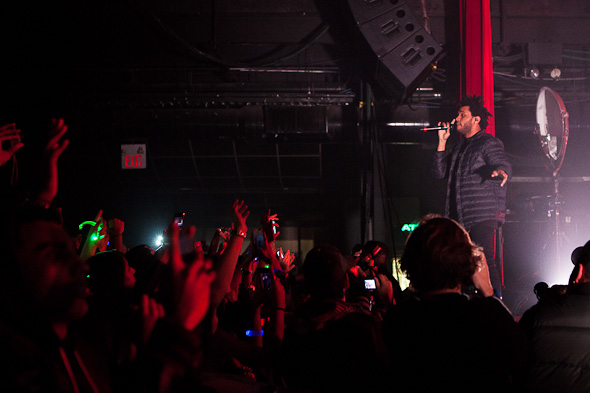 With his famously ominous, sexy melodies, I felt like I was catching a glimpse of the bedrooms of every couple at the show. His voice and his lyrics ooze with passion. It's no wonder the girls in the front row fawned over him.

He started his set off with slow hits like "What You Need" and "High For This," but midway through the show, he picked up the pace with "The Morning" and "House of Balloons" and the crowd went from grooving to moving. 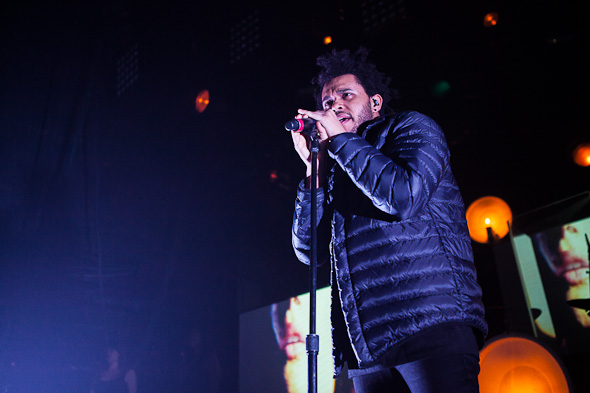 He mentioned that his doctor recommended he quit his tour early and cancel his Toronto shows to which he responded, "Fuck that." His love for his hometown shone through his frequent shout-outs. With three more sold-out shows this weekend, Toronto has proven his love to be requited.

On November 13th, The Weeknd will release his first album, Trilogy. Made up of digitally remastered versions of his three previously released mixtapes as well as three new songs, I can say with full confidence that the album will be nothing short of awesome.