To be the winner of the Canadian Beatbox Championships, now in its third official year, has become a highly sought after distinction for all serious beatboxers in Canada. What may have started for many as a cool ability to showcase for friends at parties has evolved into an art-form in its own right, and for some even a legitimate profession. The theme and title of Beatbox Canada's main event this year was "Freedom of Beats," celebrating not only the uncanny talent displayed by beatboxers to copy the sounds of others, but also their ability to come up with original and creative styles of their own.

I arrived at the Mod Club to a crowd of just over 50 people. Around the venue were clothing vendors and sponsors set-up to showcase their wares and a few visual artists doing some live sketching and painting with performance themes. The preliminary round soon began, with the top sixteen artists selected to compete (based on video submissions) each taking a minute to perform as a way to introduce themselves to the judges and crowd, and to determine their placement for the actual competition. 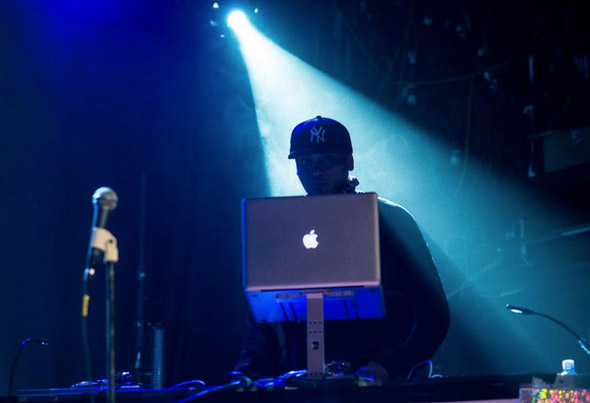 After a short break, the competition began; the crowd now numbered closer to 100 in attendance. We were informed that the five judges would be basing their decisions for the one on one battles based on five criteria: Originality, Technical Skill, Creativity, Battle Tactics, and Crowd Reaction. The competitors would each be given two 90 second sets to battle back and forth before the judges selected a winner for each round.

The first battle was between Calgary fan-favourite PeterPot and Daeph FX, which PeterPot won by displaying a higher level of energy and range of skills than his competitor. The second battle was between Mighty Mouse and two-time defending Canadian Beatbox Champion KRNFX (pronounced Korean Effects). Although Mighty Mouse displayed notable creativity and originality, KRNFX`s laser-sharp precision and masterful display of technical skill ended up winning him the round. C-Fresh, and Scott Jackson, who had placed second for the past two years of the championships, also won their respective matches.

The battles became closer and more hard-fought as the first round progressed. Exzam vs. Balu Ballistic was a good example, with Balu's creativity standing out but not being enough to compensate for Exzam's more cohesive sets. Then, Chris Fernandez showcased his hard-hitting vocal amplitude, but lost to the notable cocky BBK. Young lost his battle against Heat, and Killa Beatz won over Subconscious.

After a long break, during which DJ Dough Low spun some dope golden era hip hop with accompaniment from special guest judge and performer Scratch, the venue had become quite full. There was a notable increase in competitiveness in the second round of battles as the skill levels became more closely matched and the stakes a bit higher. The battle between Heat and C-Fresh was particularly close and the judges demanded a 30 second overtime, after which Heat was declared the victor. Peter Pot, KRNFX, and Scott Jackson were the other three performers to win their battles and advance to the semi-final round. 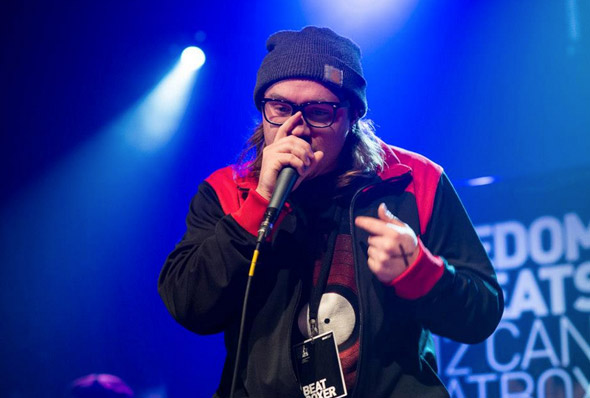 Before the semi-finals were a few performances. The trance-infused group Times Neue Roman put on a mediocre show. Their first song, "Sade in my Tape Deck," sounded great, but their front-man emcee's vocals got muffled into the background of their heavy, hypnotic production, and their remaining songs were hit or miss. They were followed by an at-first-awkward performance by a beatboxer named Dharni who proved to be quite talented, although his long set left me wanting the battles to resume.

In the semi-final battle between Peter Pot and Heat, Peter Pot comically pulled some stuffed/plush toast toys out of his pocket and handed them to his opponent. Heat put up a good fight, but next to Peter Pot he lacked charisma and gave a relatively unexciting performance. KRNFX next faced off once again against Scott Jackson (the two had ranked #1 and #2 in the past two Beatbox Championships, respectively). The battle was extremely close with some entertaining competitive mimicry happening between the battlers, and the judges again asked for a 30-second overtime. Scott's extra bit of energy in the overtime round clinched him the win in the end, with KRNFX saying some nice words and being a good sport about it afterwards. 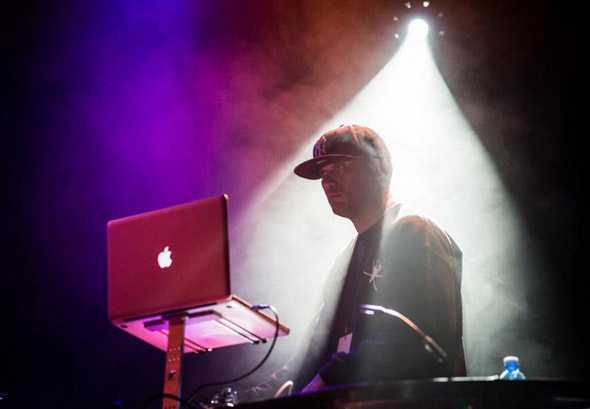 Before the final battle was a performance by guest judge and former member of The Roots crew Scratch, who did an old school beatbox-plus-vocal-loop-machine set through a distorted microphone. He paid tribute to Ol' Dirty Bastard and the classic "You're All I Need" (Method Man and Mary J. Blige), did some excellent vocal scratching over a Phil Collins song and finished with some well-known reggae tunes.

The final round between Peter Pot and Scott Jackson consisted of three 60-second rounds. The back and forth showmanship between the two beatboxers was extremely entertaining and intense - both clearly very hungry for the victory. While most of the judges' decisions of the evening had been unanimous, the final round was the most divisive, with the judges ultimately being split 3 to 2 - in favour of Scott Jackson. In his third consecutive year of competing in the Canadian Beatbox Championships, Scott finally took home the long and hard-fought title he had been working for.

The Canadian beatboxing scene has definitely grown over the years and has become increasingly competitive. With events like The Canadian Beatbox Championships happening annually, I can only hope that the scene, culture, community, and art-form continue to grow and thrive in years to come.