The 1970s were the decade the Canadian music industry began to come into its own. The first Juno Awards ceremony was held in 1971, Canadian content requirements for broadcasters were established later that year, and homegrown acts like Rush, Bachman-Turner Overdrive, Anne Murray and Gordon Lightfoot gained international followings. That said, success in Canada was rarely seen as a selling point in other countries, so Canadian artists and their record companies were often reluctant to promote draw undue attention to their nationality. Once again, those who did were usually smaller local acts, expats and/or members of recent immigrant communities. 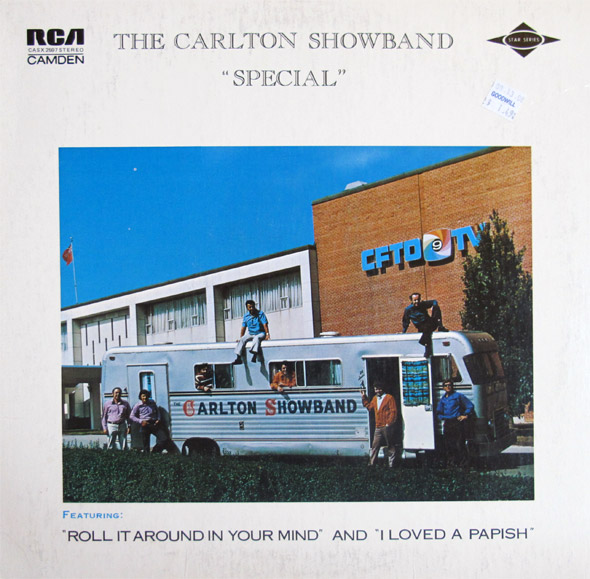 A few of the original members of this group (most of whom lived in Brampton) got lost in downtown Toronto one night, found themselves in front of Maple Leaf Gardens and decided to change the name of the band to The Carlton Danceband. After altering it again to Showband they landed a gig as the house band on a CTV variety show named The Pig And Whistle. The program went off the air in 1977 but they continued to tour and record in various incarnations until 1999 and regrouped for a reunion tour earlier this year.

This 1971 album, one of the few featuring a location outside the downtown core, shows the group in front of 9 Channel Nine Court in Scarborough, currently home to the main offices for CTV and TSN. More than forty years have passed, but it doesn't look much different. 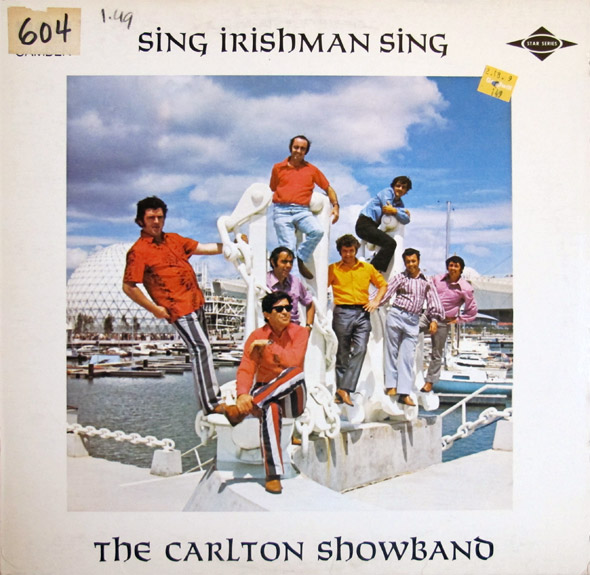 This album was released in 1972, but the photo was probably taken the previous summer when Ontario Place opened; if you look closely you can see a huge line of people waiting to get into the Cinesphere. 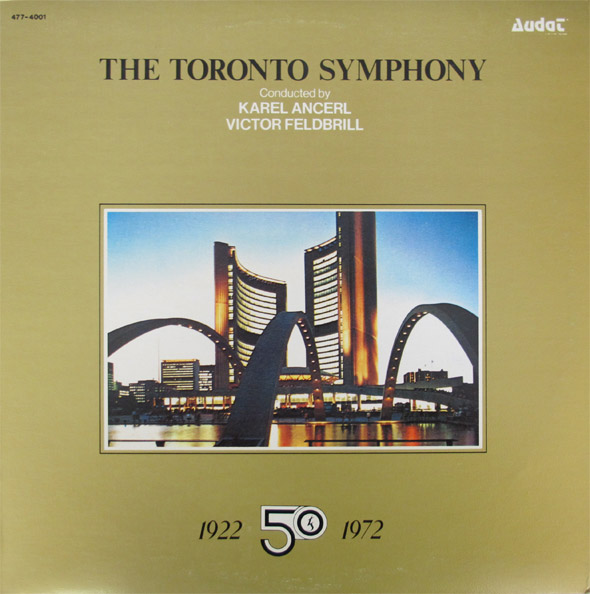 City Hall has rarely looked classier than it does on this LP commemorating the 50th anniversary of the Toronto Symphony. 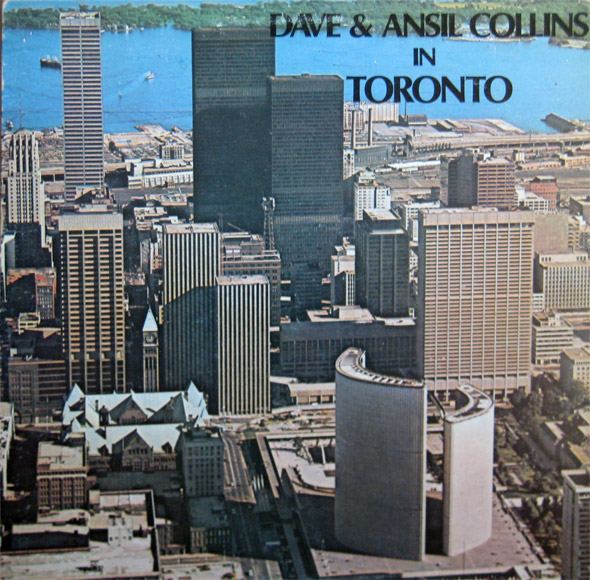 Dave Barker and Ansil (sometimes billed as Ansel or Ansell) Collins were a Jamaican duo who worked with Lee Perry and had international hits with "Double Barrel" and "Monkey Spanner." It's unclear whether this 1974 LP was actually recorded in Toronto, but the cover features a gorgeous (and unusual) south-facing shot of the downtown core and the Islands.

The York Lions Steel Band - We Come Out To Play 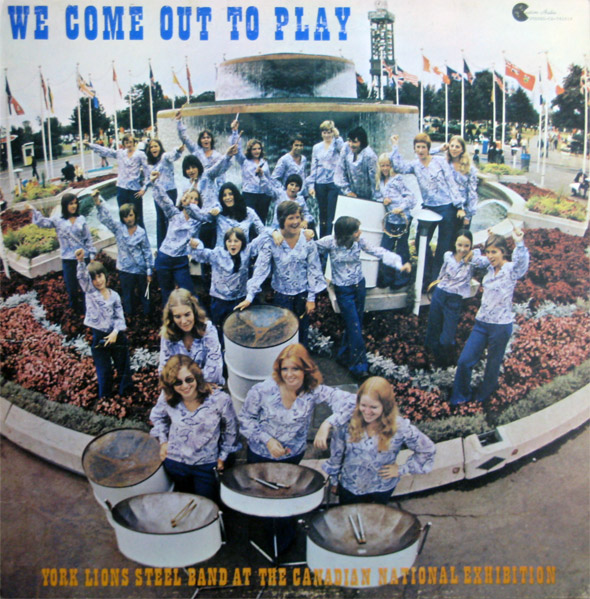 This children's musical group has been going strong since 1972 and has performed throughout Canada, the U.S. (including a trip to Hawaii) and England. Their 1974 LP shows the band gathered around the Princess Margaret Fountain on the CNE grounds and features a spirited take on the Soul Train theme song.

The Keefe Sisters - Our Heritage And Other Things 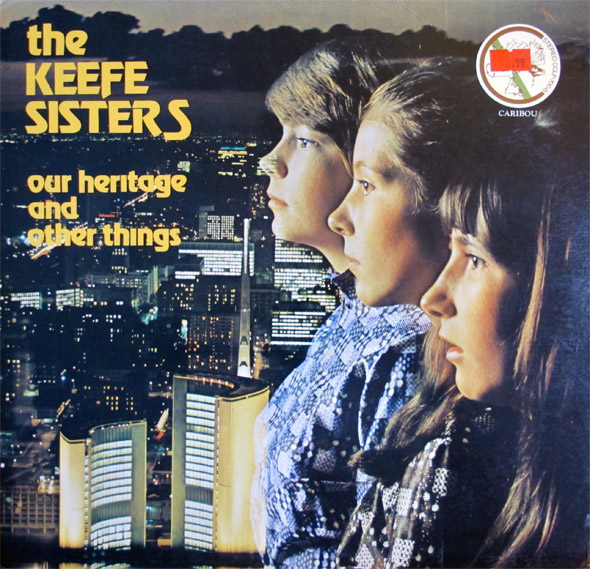 These teenaged Cape Breton loom over City Hall (and whatever that spire to the north of the east tower is) on the cover of this 1975 album. 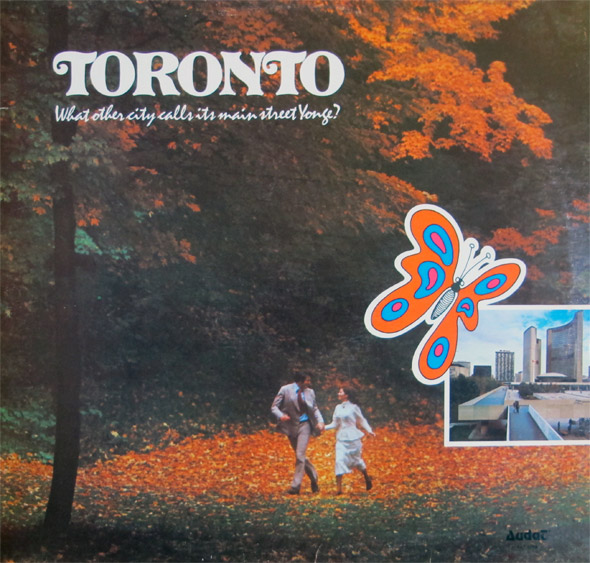 The Star commissioned this mid-'70s promotional LP to tell the story of Toronto's history and extol its present-day virtues. It alternates between musical storytelling, instrumentals and spoken-word bits in which a straight-man narrator bickers with "The Rural Resident," an out-of-towner who can't stand Toronto.

The cover features a couple frolicking in what appears to be High Park and an insert with a photo of City Hall taken from the pedestrian bridge over Queen Street. "Episode 7-Oh!" is by jazz trumpeter Guido Basso and was written by Rudy Toth, a Czech-born composer and arranger who moved to Windsor shortly after his birth and often worked on CBC television and radio shows throughout the '70s. 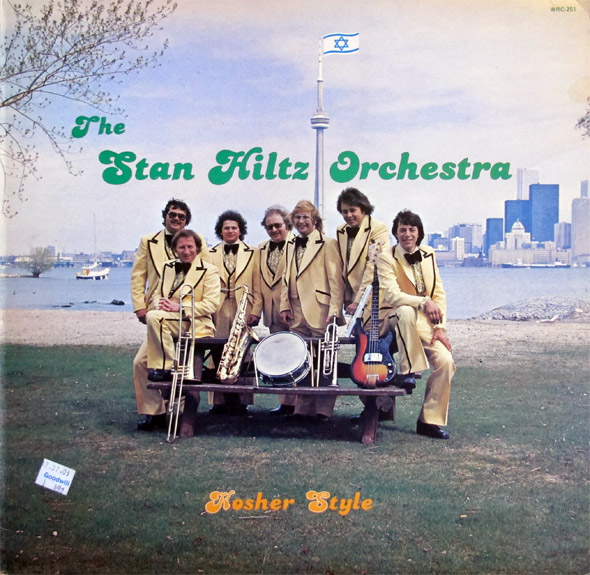 The newly-completed CN Tower makes its first appearance here on this 1977 LP by The Stan Hiltz Orchestra, which started off as a rock act in the mid-'60s and went on to a 38-year run as a popular wedding band. Kosher Style, the group's only album, was given away at weddings and bar mitzvahs as a promotional item, and shows off Toronto's skyline from the vantage point of the islands. 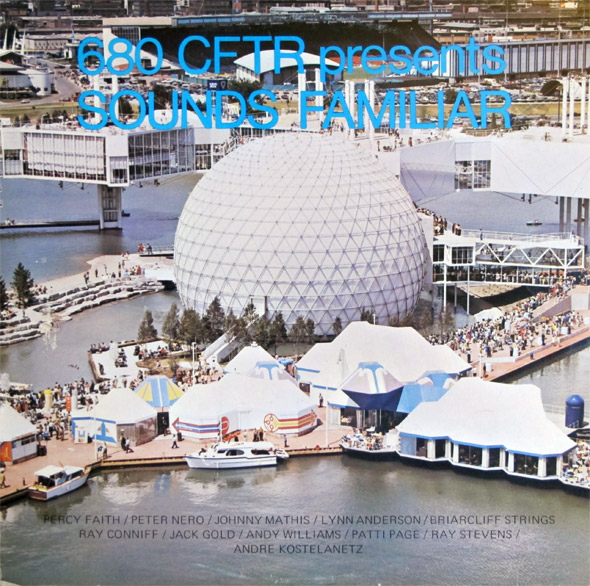 This 1971 album was released to promote CHFI-AM's name change to 680 CFTR. It sports a nice photo of Ontario Place in all of its opening-summer glory, but you'd be hard-pressed to come up with a more stereotypically self-effacing Canadian title than "Sounds Familiar."

John Arpin - I Write The Songs 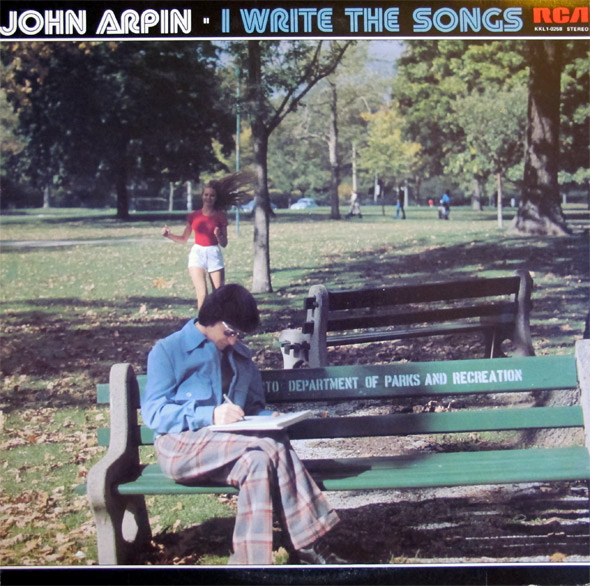 Pianist John Arpin recorded over 60 albums during a long career which lasted until his death in 2007. He was best known as a ragtime performer, but also released many albums of Broadway tunes, classical music and pop covers. On the cover of this 1977 LP he sits relaxing on a bench in Trinity Bellwoods Park as a friendly model (who's shown rubbing his shoulders on the back cover) jogs over.

Aerial - In The Middle Of The Night 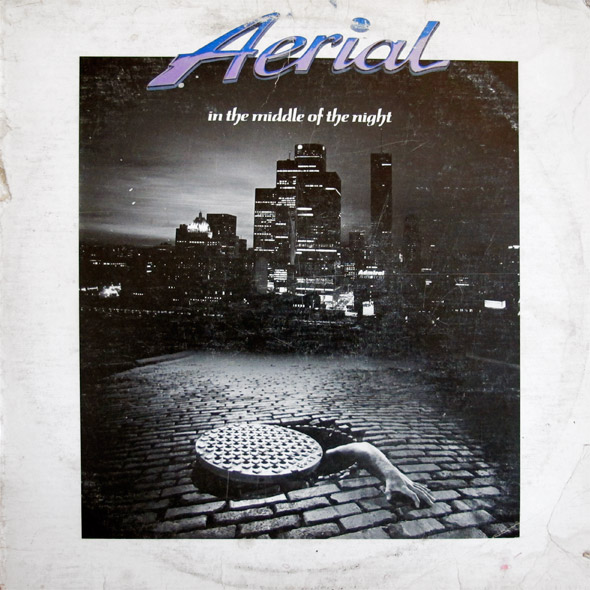 The cover of this 1978 album by soft-rockers Aerial may have served as the inspiration for 1984's C.H.U.D. 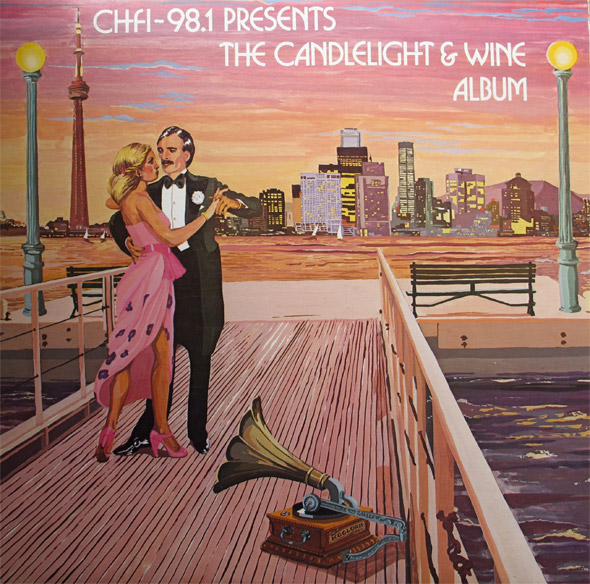 CHFI released a number of compilation albums to promote their popular "Candlelight & Wine" easy-listening program throughout the '70s and '80s. The cover of this 1979 entry in the series is a bit geographically confused. Is that a mountain in the background? 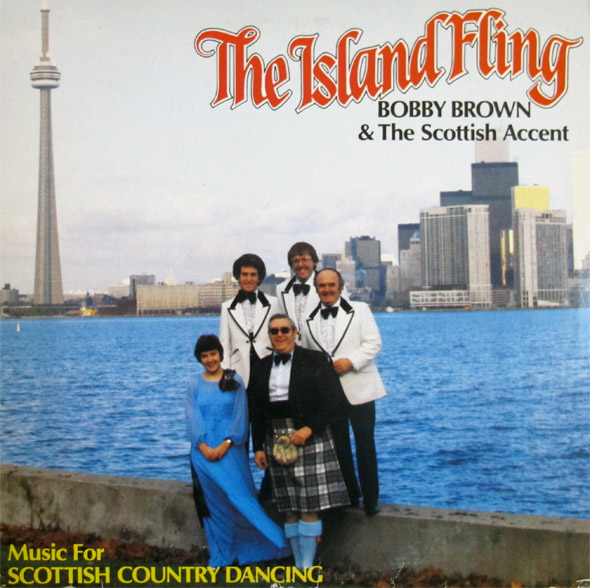 Scottish-born Bobby Brown emigrated to Winnipeg at the age of 16, formed his band The Scottish Accent in 1974, and continued to tour and record until his death in 2011. 1979's The Island Fling features another view of downtown from across the harbour.