The Smashing Pumpkins return to form at the ACC

It was a merging of the new and old last night at the Air Canada Center, as the latest incarnation of The Smashing Pumpkins took the stage to perform their newest album in its entirety. And, of course, a few older tracks to satisfy longtime fans.

To get the ball rolling, Essex-based alt-rockers Morning Parade opened up with a brisk little set that set the tone for the rest of the night. While there weren't many people in their seats when they began their set with "Close to Your Heart," those who were settled were treated to quite a show. Admittedly, I was unfamiliar with the band's work before this show, but after seeing them live, I'm definitely going to keep an eye on them.

Just before 9 p.m., the Pumpkins finally came out to a very enthusiastic response from the crowd. I was surprised by how many empty seats there were as they launched into "Quasar," the opening track from their latest album, Oceania. The majority of them filled up as the night went on, but even so, I was surrounded by empty seats in my section for the entire show. 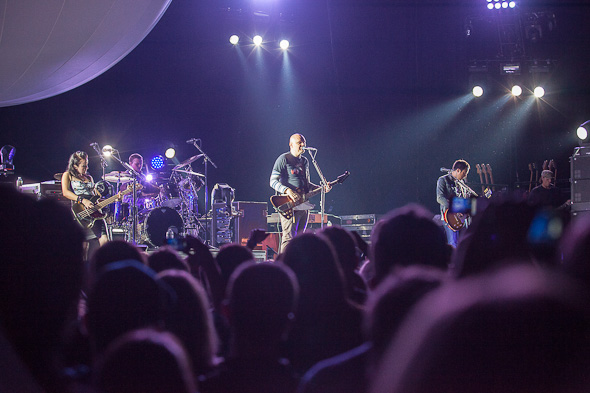 The Pumpkins are playing Oceania from front to back during this 2012 tour, and while I was initially a little uncertain about this tactic, I needn't have worried. This is, for all intents and purposes, a return to form for Billy Corgan and his "new" band, and one that was desperately needed after the 2007's underwhelming Zeitgeist. From the aforementioned "Quasar," to the absolutely incredible "The Celestials" (my personal favourite off of the album) and the album's title track, this is The Pumpkins that we know and love.

While the crowd seemed a little underwhelmed at first, they quickly got on board with Corgan, who truly hasn't lost his touch. If anything, he seems to have more energy than ever before. A gigantic white globe was suspended over the stage, and throughout Oceania's 13 tracks, it displayed numerous abstract and avant-garde video clips. A bit gimmicky, yes, but it fit the atmosphere and mood of the show.

Billy Corgan has, for pretty much his entire career, been a polarizing figure. You either love him or you hate him â there doesn't really seem to be much middle ground. But no matter how you feel about him, it can never be said that the man doesn't know how to work a crowd. His banter with the audience was one of the highlights of the show, hands down. Whether he was plugging his wrestling federation, giving his opinion on the NHL lockout, or voicing his approval for the many weed smokers in the crowd ("If God didn't want us to do it, he wouldn't have grown it for us"), Corgan had the crowd eating out of his hand from the get-go. 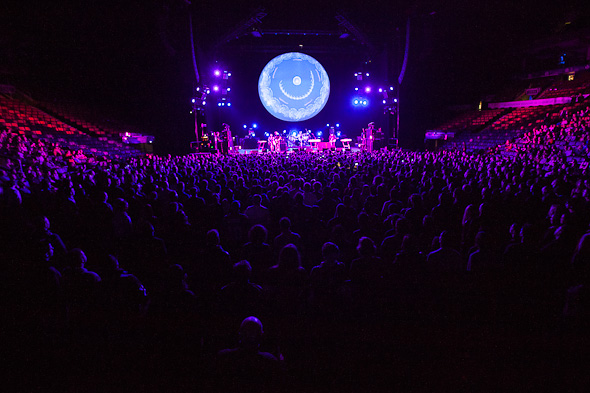 By the time the band finished up with Oceania and launched into a fairly astounding cover of David Bowie's "Space Oddity," you'd have been hard-pressed to find anyone who wasn't having a great time. The second half of the show was filled with nothing but classic bangers, and if the first half of the show served as an introduction to the new Pumpkins, the second half showed us the brilliance of their past work. "Disarm," "Tonight, Tonight", and "Bullet With Butterfly Wings" were among the songs that worked the crowd into an absolute frenzy, and were the catalyst for some frenzied moshing that broke out on the floor. The band closed their set with "Cherub Rock" and "Zero," and I swear, I saw a couple of people in elated tears.

It remains to be seen if this version of The Smashing Pumpkins is here to stay. But if last night's show is any indication, I'd say that the prospects look pretty damn good. 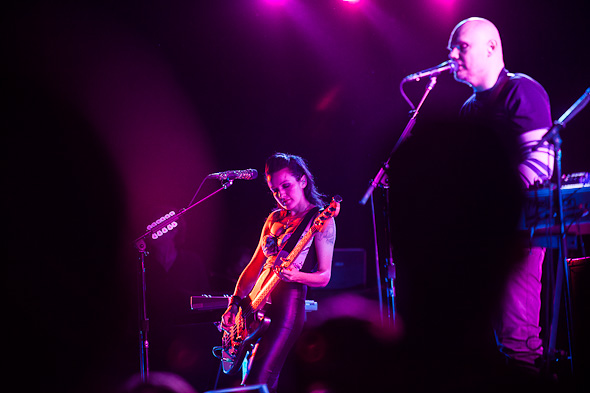 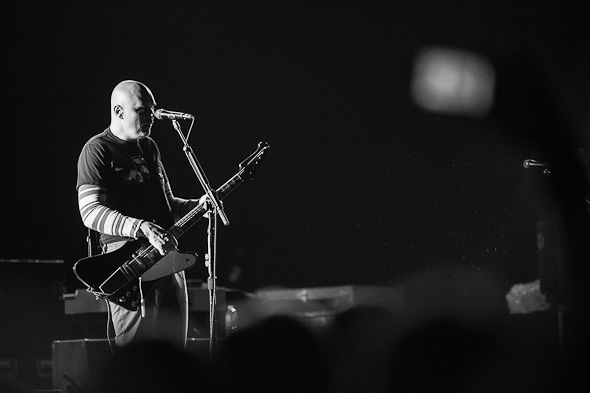 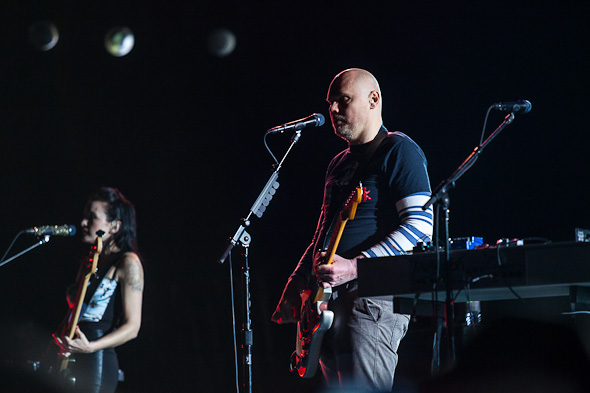