Public Enemy don't miss a beat at the Sound Academy

Sunday night veteran rappers Public Enemy performed at the Sound Academy. The band did not begin their set until well after 10:30pm (preceded by a DJ who spun fittingly old-school hip hop), but totally brought their A-games and gave the crowd its proverbial "money's worth," something Chuck D promised himself. 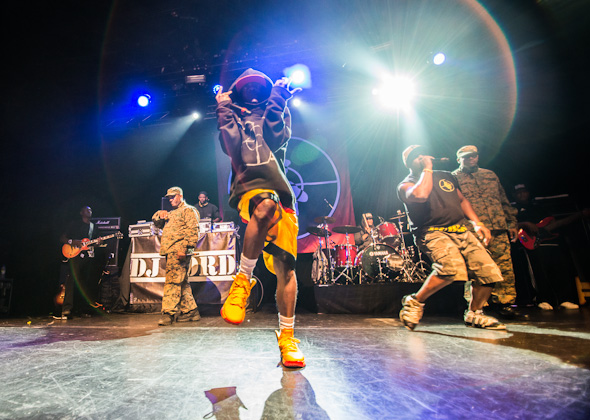 DJ Lord came out first, followed by two guys in military garb (The Security of the First World), then Chuck D. And finally out came Flava Flav, who wore a hoodie initially, and staged an elaborate undressing to reveal his red sport jersey and signature timepiece, this one a throwback to an 80's kitchen clock. 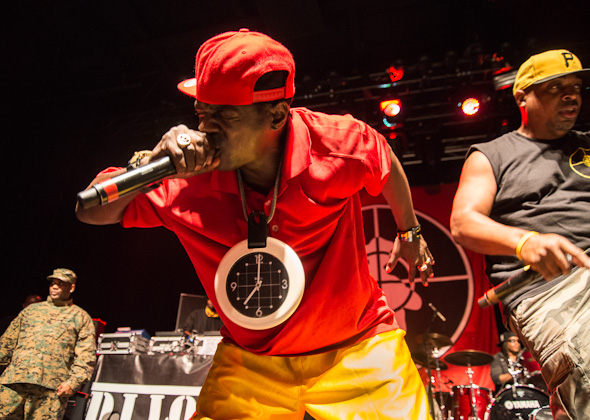 As Chuck D would remind us frequently, he and Flav are 52, and 53 respectively and are grown men, not young boys. And that was mirrored by the audience, mostly in their 30s and 40s, mostly male (and, mostly white). 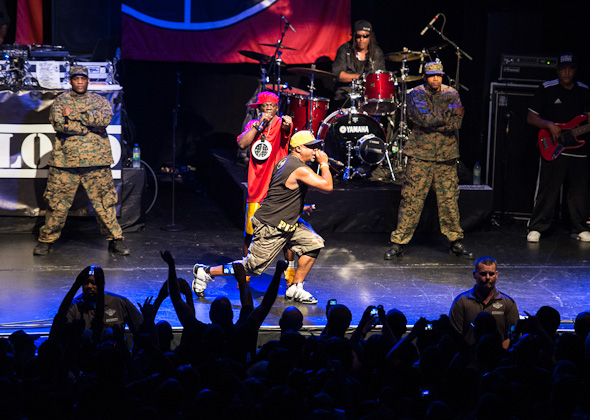 Both D and Flav can command a stage for hours, with charisma and energy that would put many younger acts to shame. The band, rather than cycling through 1988's It Takes a Nation of Millions to Hold Us Back, as advertised, declared that they would instead be operating more spontaneously, bringing out crowd favourites, like "He Got Game," "Don't Believe the Hype," and " Bring the Noise," and closing with, of course, "Fight the Power," which brought the house down.

But there were genuine moments of surprise, with DJ Lord spinning a solo set featuring the White Stripes and Nirvana, what looked to be band family members and children at side stage during the entire concert, and, my favourite, a beautiful shout-out to Canada's King and Queen of hip hop, Maestro Fresh Wes and Michie Mee, who each performed on stage!

Maestro reminded us that he had done this long before Drake, and was going to stay true to the roots of hip hop, promoting social justice. He thus gave props to Public Enemy while critiquing Harper and Rob Ford. 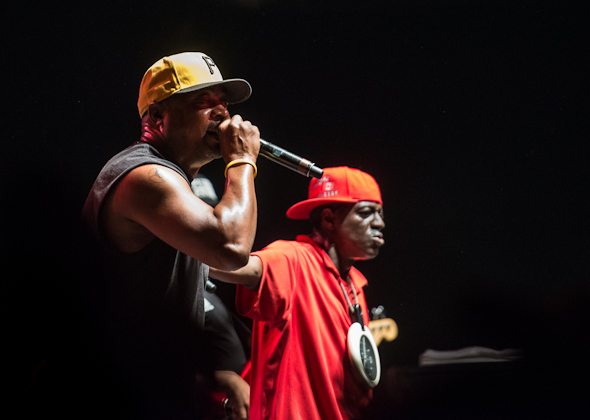 Michie Mee, smooth and clever as ever, and looking exactly the same at 48 as she did at 28, addressed the "ladies in the house" with her song, the last part of which became a duet with Chuck D. 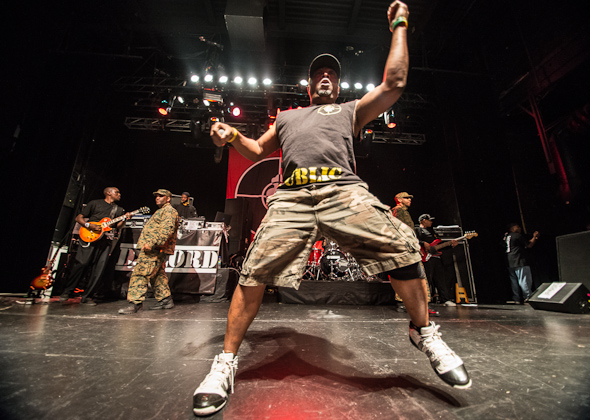 Flava Flav, while arguably insane, was astonishingly sweet and kind, reaching out to people in the crowd frequently to shake hands and making lots of eye contact. Chuck D would do the same. Flav even jumped into the audience to crowd surf, and I got the sense he did so not because he wanted the thrill, but because he wanted to give people the opportunity to touch him. 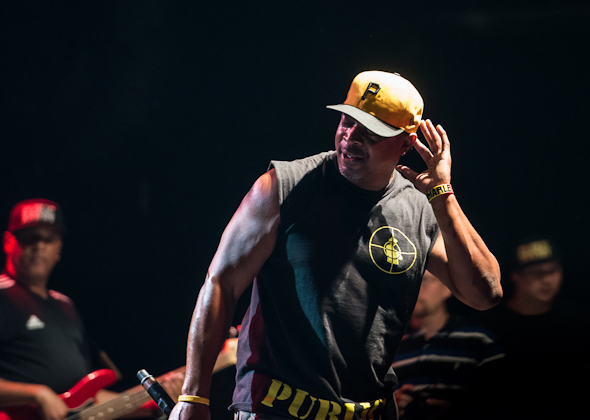 And as Chuck D recited politics that today might be old hat, I found myself completely convinced that these were still world-changing ideas, with talk of systemic racism, the evils of capitalism, ineffectual government, and the tyranny of the US over the rest of the world.