Peaches gets weird and wild at the Drake 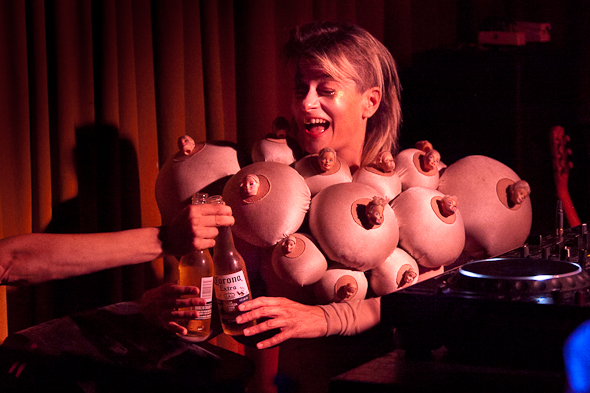 But I dunno, you guys. I. Just. Don't. Get. It. Peaches is obviously a talented musician and performer. The gal commands a crowd like few others. But after a couple of minutes of watching Sandy Kane jump up and down, bare tits bopping, I was like "OK, message received!" But really that message was just a bunch of questions that started cycling around in my head. 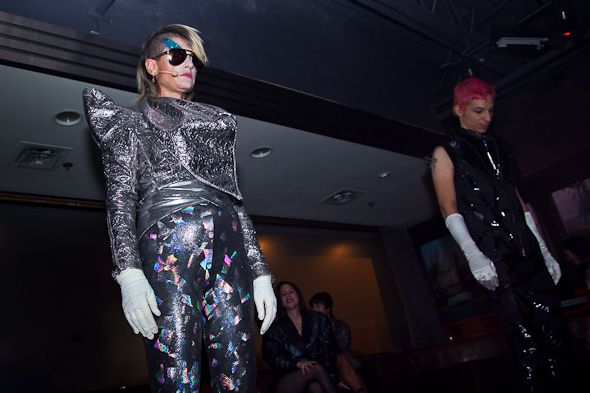 I started to wonder if people were laughing/smiling with or at her — scanning the faces of the crowd provided many different reactions. And was this performance really all fun? Empowering? The overall vibe was definitely positive, celebratory even — and that's something that can't be ignored. Maybe that's because it's performance art — from Berlin (though previously via Toronto and previously Merrill Nisker). "Shocking" isn't by definition good, especially when the intention is laid bare. Regardless, it did have me questioning and maybe THAT is the "point."

Or maybe this was just farce-as-fun.

Here's one thing that can be said with a bit more certainty. If we're talking about just the music, that wasn't so great. It almost necessarily took a backseat to the circus-like bombast that was clearly the main event. But, hey, maybe the music doesn't even matter. It's performance art, guys. Why hurt your brain thinking about it?

Especially when you've got lots of pictures.

(Oh, if the sight of breasts offends you, you should probably avoid scrolling down to the bottom of the page). 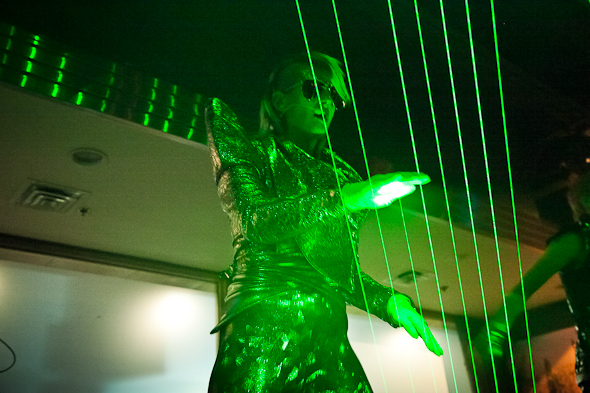 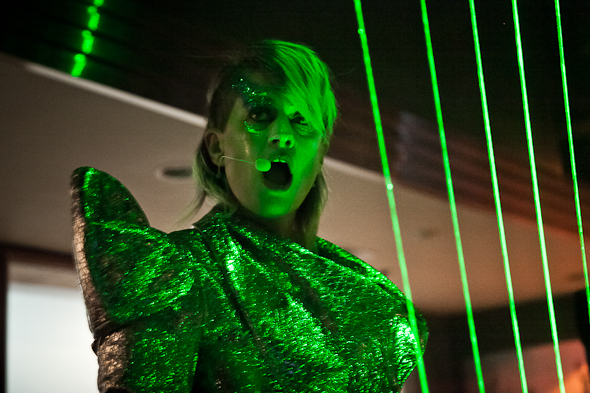 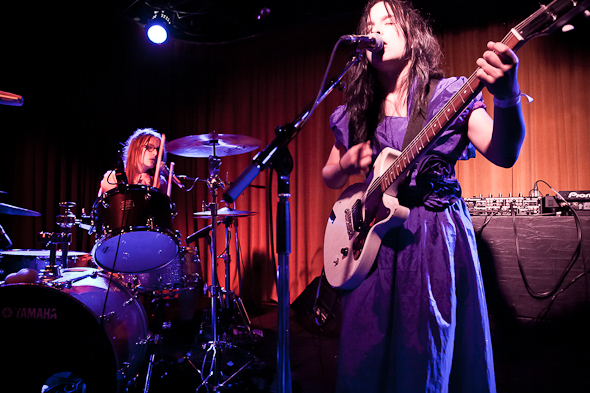 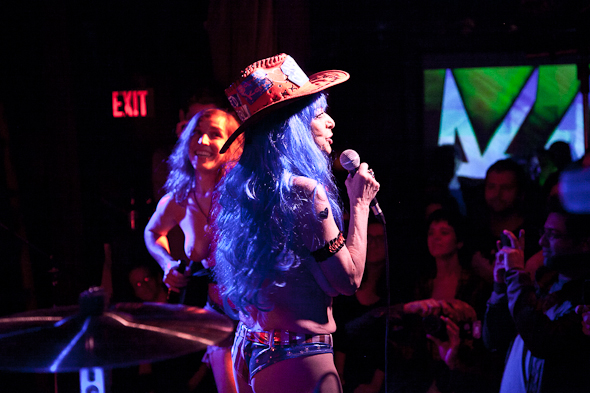 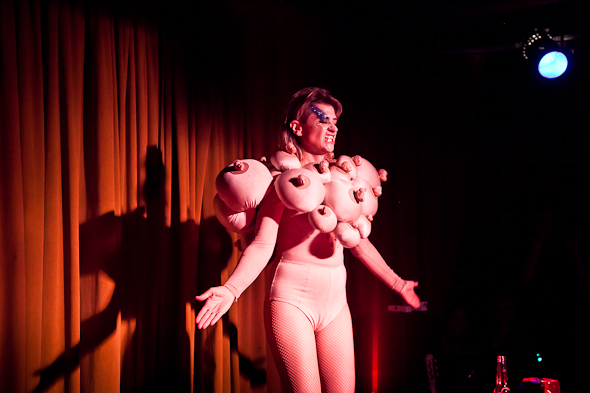 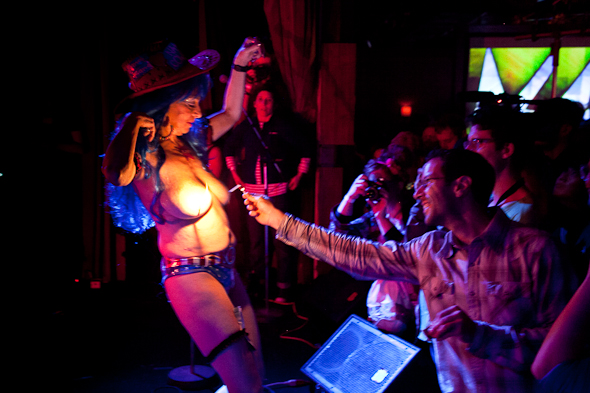 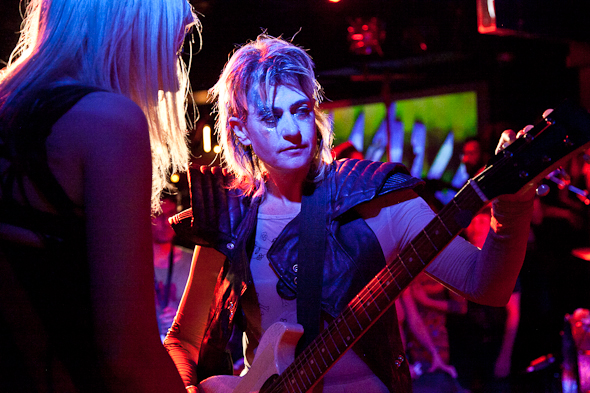 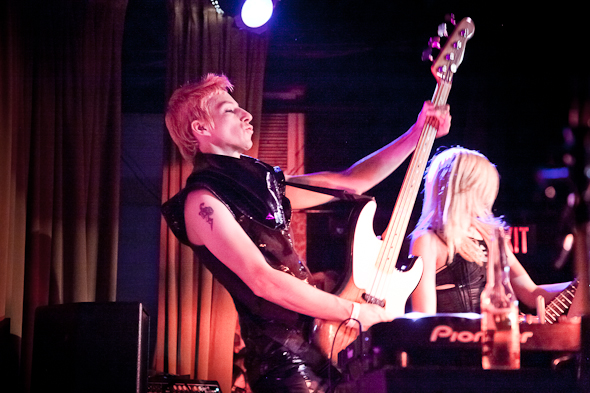 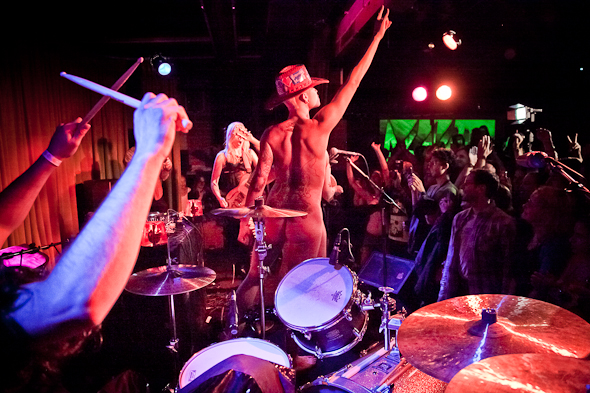 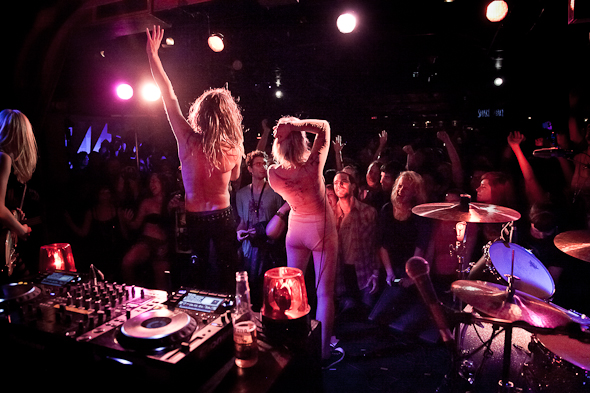 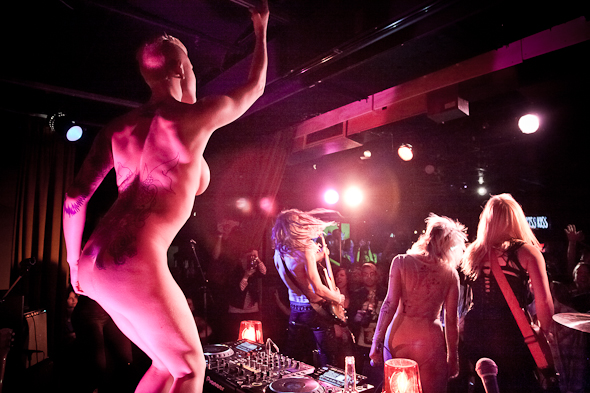 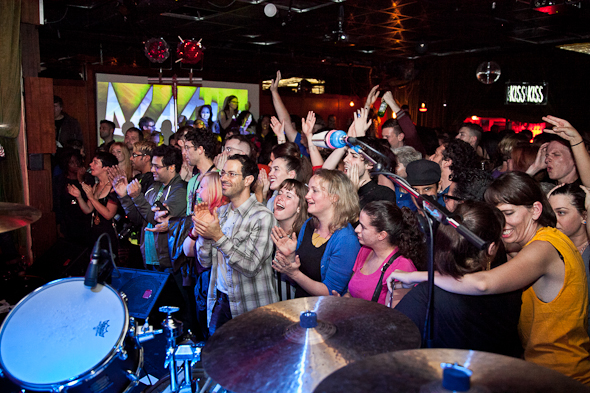 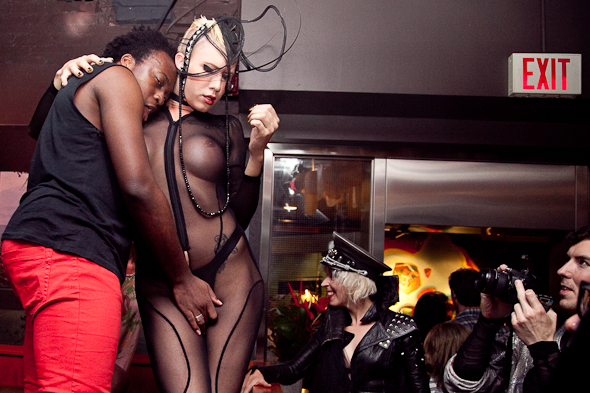