Sebadoh and Sentridoh chill out at the Horseshoe

Lou Barlow, Jason Loewenstein, and Bob D'Amico treated their Monday night audience to the most intimate Sebadoh show Toronto has seen in a long, long time, appearing on the modest Horseshoe Tavern stage rather than the high summits of Lee's Palace. 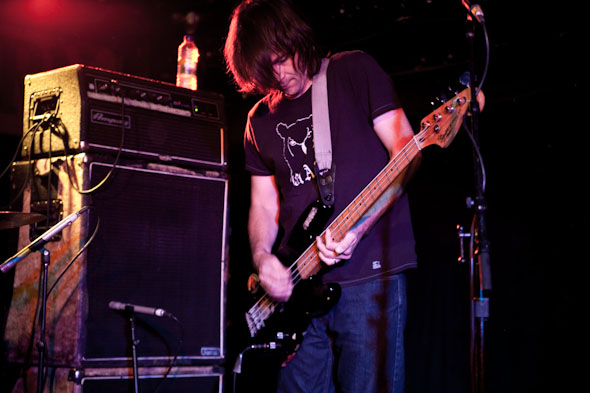 The low ceilings of the much smaller venue gave the show a basement vibe, and the writers of the brilliant "Just Gimme Indie Rock" showed their hardcore roots to the packed room, busting out old Jason Loewenstein fronted songs, and impassioned heavy-hitters like "Homemade."

Lou Barlow, emerging only occasionally from behind his hair, waved their new self-released CD at the audience a couple of times. The EP, titled Secret, is their first self-released work since their first cassettes back in the '80s - "speaking of indie rock," Lou quipped - and will only be available at their live shows. A new full-length album is expected soon, but will not include any of the tracks on Secret. 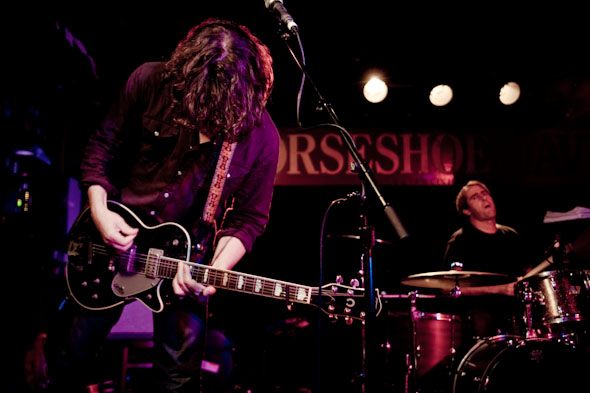 Sebadoh seemed to have a telepathic link to my dream playlist: "Flame," "Skull," and "Ocean" all appeared early on in the set, though new songs like "Keep the Boy Alive" got me grinning as well. The band were on (in their signature sloppy way), and the trio's proximity to the audience and level of comfort around each other turned the set into one to remember.

The best part of the night came before Sebadoh's set, though, as Barlow performed alone as Sentridoh with a ukulele (a ukulele in place of an acoustic means no extra baggage charges), performing tender songs like "It's So Hard to Fall in Love." Barlow spent a good portion of the solo set talking to the crowd, drawing lots of laughs with his endearing (and very '90s) self-deprecating humour, while clueing us in to how chill the night would be. 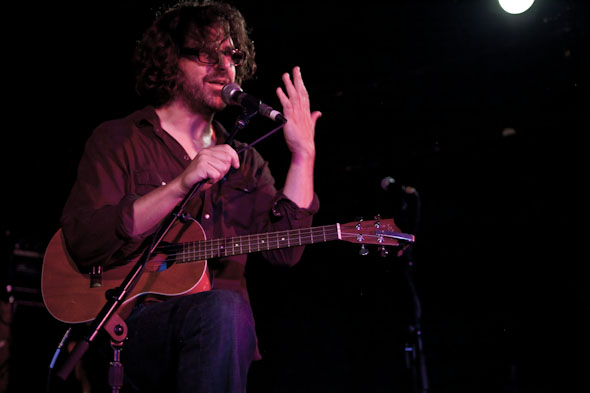 Barlow introduced a song about walking his daughter to school in an LA neighborhood full of "rich, successful, happy people of note" by absolutely blasting himself for being a failure: "I don't have a very good self image." The song continued in this light-hearted vein and got the room laughing, but it made me shake my head. Hey Lou, you're Lou Barlow when you walk your kids to school, and that's a big deal. 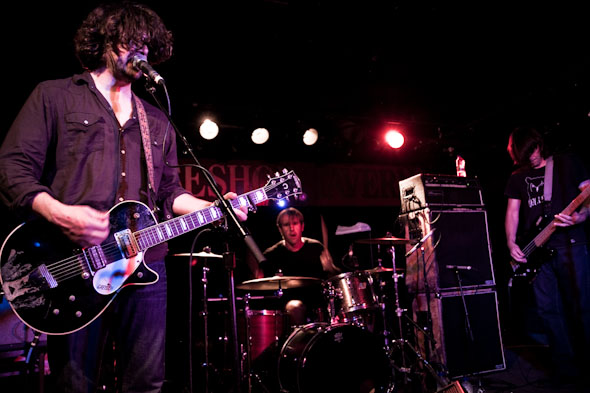 Between being the force behind Sebadoh, Sentridoh and Folk Implosion, and being kicked out of then rejoining Dinosaur Jr., Barlow has written some of the best underdog pop songs out there ("Soul and Fire," "Brand New Love," "Think (Let Tomorrow Bee)," "Too Pure," "Natural One," "Willing to Wait" and others).

Lou alone stands out as a missing link between hardcore and indie rock, grunge and first wave emo, and punk rock and bedroom lo-fi, which couldn't be possible if he wasn't one of the greatest songwriters of our time. Hold your head high on that walk to school, Lou - or on second thought, as some peers of yours once said, "nevermind." Just keep being yourself.