I expected the atmosphere at Downsview Park to remain sombre after the saddening stage collapse before the scheduled Radiohead concert on Saturday night, but Tokyo Police Club and Foster the People did their best liven up the site with their catchy lyrics, up-tempo beats, and, of course, their Pumped Up Kicks. 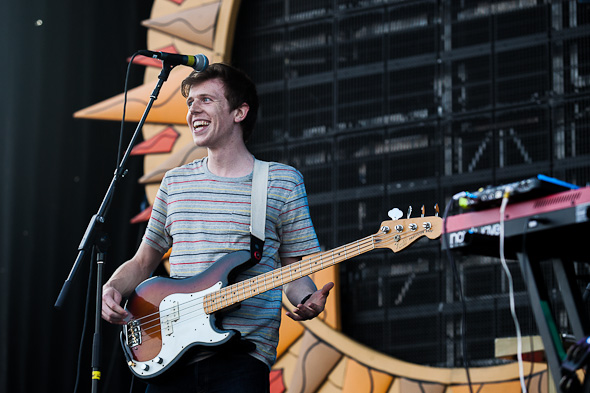 The sun was still shining as Newmarket-bred Tokyo Police Club, rumored to be releasing a new album this year, amped up the crowd of denim-cutoff, paisley-topped fans with a short set of hits like "Nature of the Experiment" and my personal favourite "Bambi." Even after the long hike from the parking lot to the stage, nothing could stop the people from dancing. Tokyo Police Club showed off their talent with a tight set â a theme that would carry over to Foster the People's time on stage. 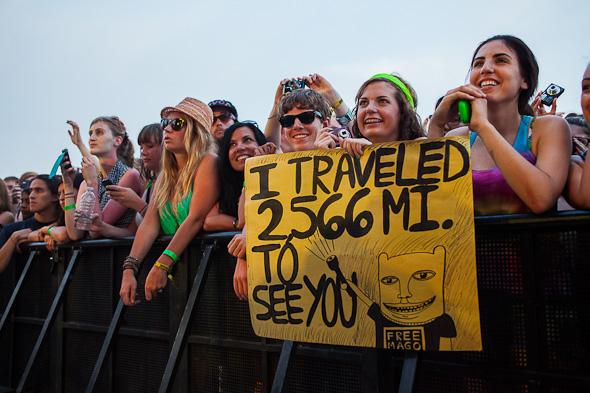 Just as the sun was setting, Foster the People took to a stage decked out with an impressive variety of screens and lights. Midway through the set, singer Mark Foster paid a touching tribute to the late Scott Johnson. 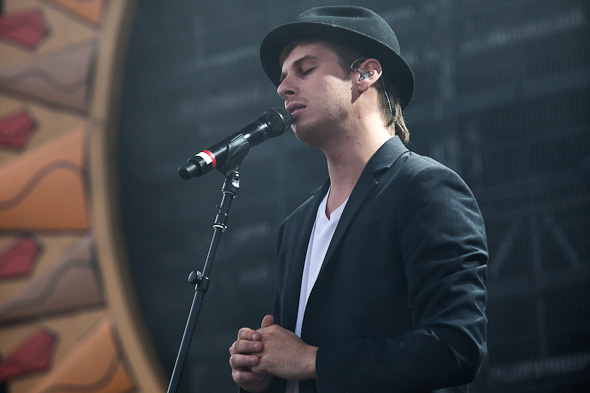 Considering this was the first concert at Downsview Park since Saturday's tragedy, emotions were high, and Foster's words nearly brought tears to my eyes. It really hit me how crucial music really is to the healing process. "We make music to bring joy to people," Foster said. And his band went on to play a set that did just that.

A backdrop featuring a giant animated sun opened up to reveal a faceless man on fire who threw out swag to the crowd while Foster the People electrified the stage with their sharp songs. Show opener Kimbra joined Foster on the stage to perform their collaborative hit " Warrior." Unfortunately, A-Trak wasn't there to throw in his two cents, but they did an excellent job without him. The end of the show featured a self-remixed version of Pumped Up Kicks (who hasn't remixed that song by now!?) while confetti shot out at the fans. 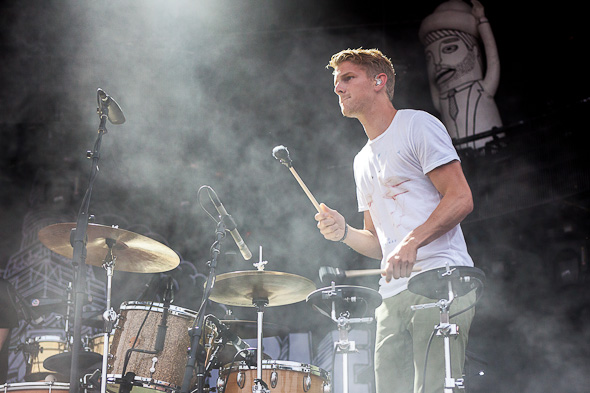 Despite the shadow hanging over Downsview, Tokyo Police Club and Foster the People managed to lift spirits and remind us all of the pleasure that comes from live music. I'm sure fellow fans who were at last night's show would agree that catharsis doesn't begin to describe the feelings that accompanied the double feature. 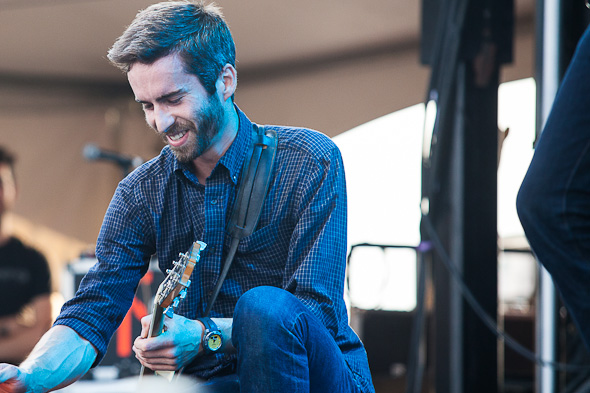 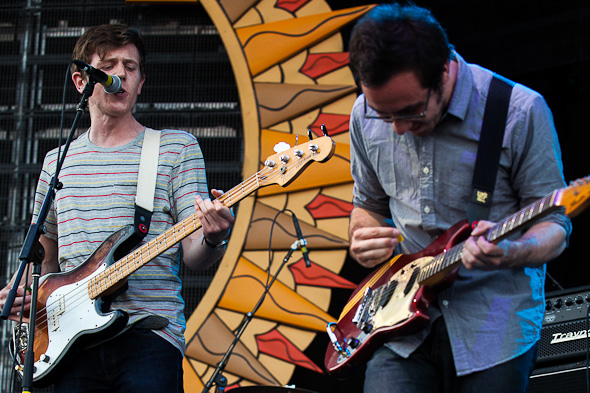 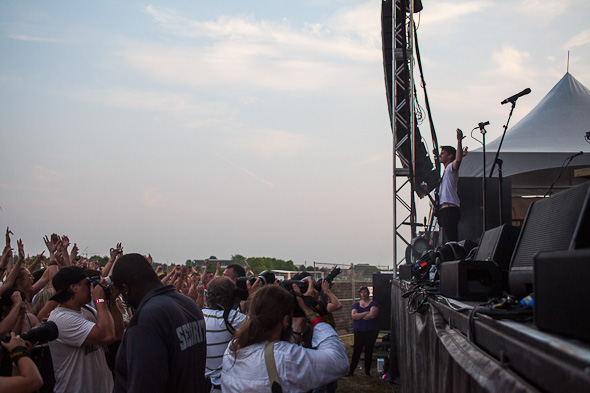 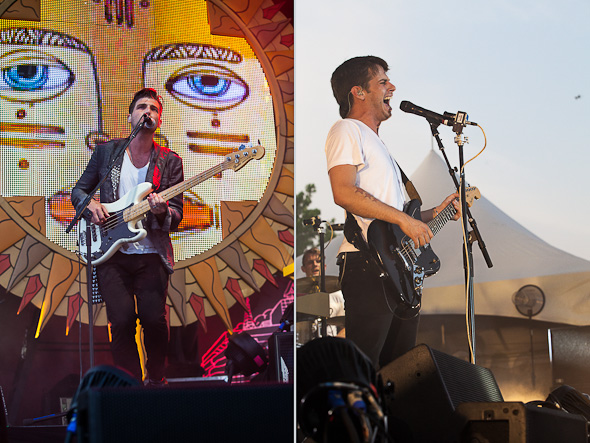