More so than any other genre, folk is about transporting its listeners to a time and place. And on Sunday night, when Laura Marling took the stage at The Phoenix, the English singer transported her listeners into the world she's crafted, even as she made her fans chuckle.

Due to some hiccups on the TTC, I missed the start of Marling's set. When I entered the Phoenix, the singer was halfway through "Alas, I Cannot Swim," a cute song about frustrated lovers separated by a river. Not long after that, Marling launched into something that makes each and every one of her concerts memorable. 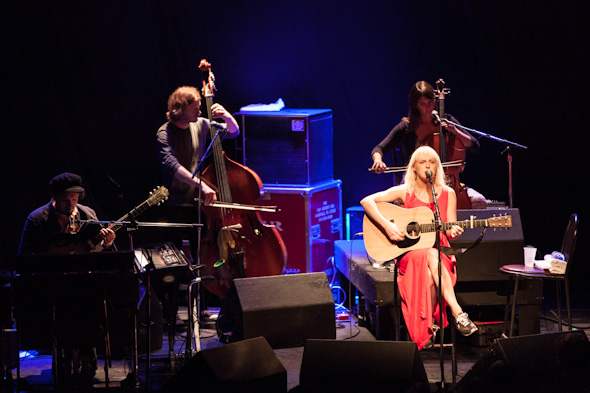 For those that haven't seen her perform, Marling often claims that she's terrible at stage banter, but just one sentence from the singer between songs is enough to convince you otherwise. After one of the boys in the audience whistled loudly at her, Marling, without breaking the rhythm of her guitar strumming, remarked, "Hmm. Impressive." All of this while trying not to betray a smile.

Later in the night, when she was about to play a cover of Jackson C. Frank's "Blues Run the Game," Marling told the audience of her MMVA experience: "I was on Queen West, and Google Maps told me that the walk back here would take forty-five minutes. Instead, it took two hours. On the way back, I walked pass what can only be described as a 'gaggle' of teenage girls wearing Justin Bieber shirts. He's Canadian, right? I suppose that's a bit more acceptable. What a lucky chap he must be, and a very talented musician, too." The audience greeted this story with thundering laughter. Between her music and stage banter, the English songstress held her audience at attention throughout the evening. 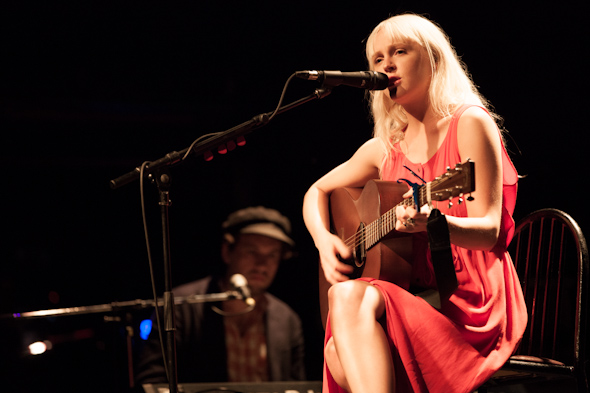 Marling also used her return to Toronto to preview a new song. The tune--probably one of the longest she's ever composed--describes the start and eventual end of a relationship. Having only heard the song once, it's hard to comment on it's overall quality and whether it signifies any kind of stylistic shift for the English singer.

After "Goodbye England," the band rejoined Marling on stage, having left her for several songs. This part of the show saw the band share interesting tidbits they had learned about their current tour stop with the audience. Several Toronto-centric facts were shared, but the one I found the most interesting involves a man and his pigs (I've done some of my own research to fill in the details). 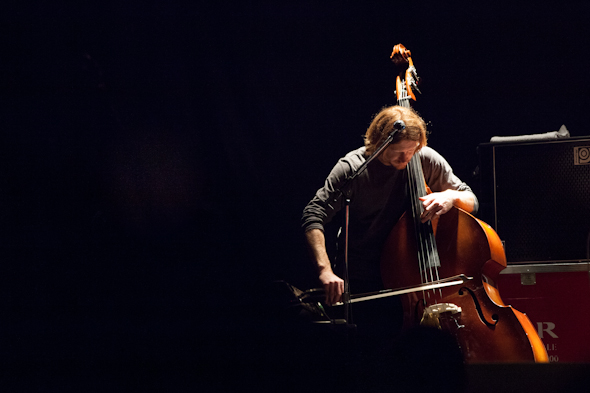 In 1854, William Davies, a British immigrant to Canada, founded the William Davies company. Davies' company specialized in pork products, and realizing a market inefficiency, Davies started exporting a large amount of his product back to England. In the process, Davies helped Toronto earn the unfortunate epithet of "Hogtown." Death, with its keen sense of irony and equilibrium, had Davies meet his untimely demise by way of a goat. Through a series of mergers, however, the company that bore his name eventually became a part of Maple Leaf Foods â In fact, you can still see the building his firm occupied on 145 Front Street East.

Of course, a straight telling of facts is only enhanced when filtered through the lens of charming British accents and, best of all, the audience seemed to enjoy this digression. In fact, whether it was through her music or the tangents between songs, Laura Marling managed to thoroughly entertain her audience. Sunday night might not have changed the world, but it offered insights into things I had never considered before, and that, it must be said, is the telltale sign of a powerful storyteller.

Alas, I Cannot Swim
I Was Just a Card
The Muse
Hope in the Air
Night After Night
New Song
Blues Run the Game (Jackson C. Frank cover)
Goodbye England (Covered in Snow)
Don't Ask Me Why
Salinas
Cinema Paradiso Love Theme + Sophia
I Speak Because I Can