The Toronto Jazz Fest managed a roaring start at Nathan Phillips Square on Friday as Janelle Monae and her orchestra tore the place up and turned what began as the most awkward concert I've ever been to into a roaring party - clearly all part of a day's work for Monae, who's touring the Canadian jazz fest circuit this summer. 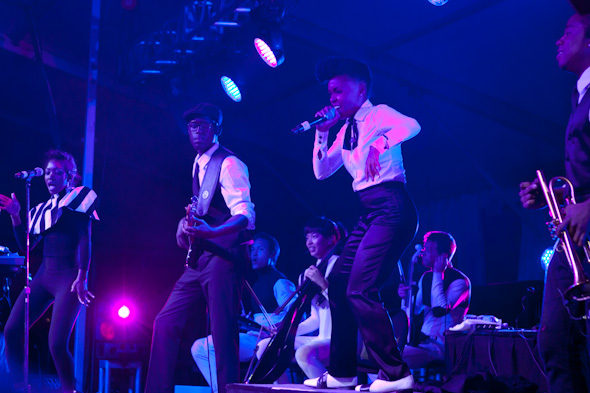 Before the show even began, the jazz fest showed its old school (not the good old school) face: an old media journ-o in the press trailer boasted that he wasn't into "chick singers" while I waited for my pass — seriously? You're not into half the population of earth's vocal stylings as a rule?

The festival itself got off to an incredibly uncool note when TD Bank's rep took the stage and said, with a distressingly straight face, that he'd chosen his seafoam green pants (all the rage right now) so everyone would know he was from TD. Oh, and there was a mini OLG casino tent outside excreting a heavy air of desperation. As a Monae fan, I was embarrassed for Toronto's corporate ooze. 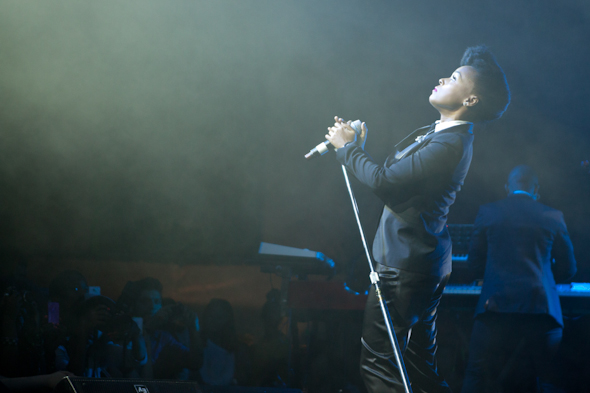 Yet excitement for the night was in the air. Men and women in dapper black and white suits from Atlanta's stylish Wondaland crew had been running around since early evening, stoking the anticipation. Monae herself kept hidden until finally a man in a top hat had stirred up excitement in fans both young and old, and the entire Wondaland Arch Orchestra had emerged and begun to play--three cloaked, hooded figures appeared, and one of them was singing. 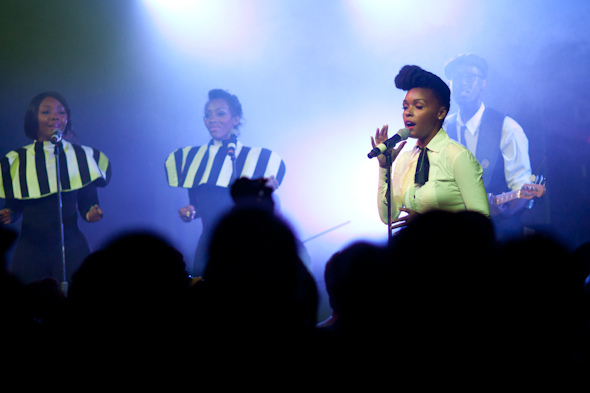 The show never missed a beat from there. Janelle eventually shed her reaper-like hood, and fans cheered as she belted out "Dance or Die." The horn players danced, and I mean really danced. The back up singers almost stole the show at times — swaying, bopping and snapping their fingers — while wearing my favourite costumes of the night: all black bodysuits with huge striped shoulder pieces that were straight out of Alice in Wonderland (the strings section wore these too). 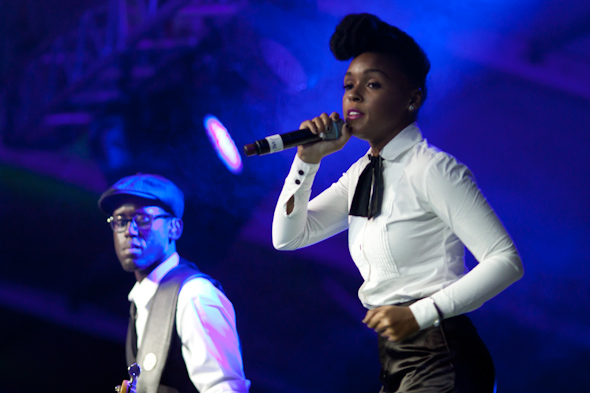 The performance was so tight that it took a while to sink in that Monae can sing like a diva. Dancing, twirling, contorting, and moving across the stage with unstoppable energy, Monae's voice reigned whether she was giving new life to her own material, throwing the crowd some smoother jazz songs, or, one of my favourite moments, covering The Jackson 5's "I Want You Back" with perfect animation.

Under green lights and wearing futuristic space glasses during "Sincerely, Jane," Monae had the band rising and bowing in unison while the cloaked dancers returned and slunk across the stage: creepy, yet fun. The show was pure Monae, as science fiction vibes entwined with soul sounds, hip hop, rock and pop: never with a trace of irony. No one else could have pulled it off.

Later, an easel was brought out, and while still belting "Mushrooms & Roses," Monae, with a vampiric velvet cape tied around her throat, went to the easel and began to paint in yellow, then red and blue — an abstract canvas that read "God is Love." It was dramatic, touching, and very Twin Peaks. 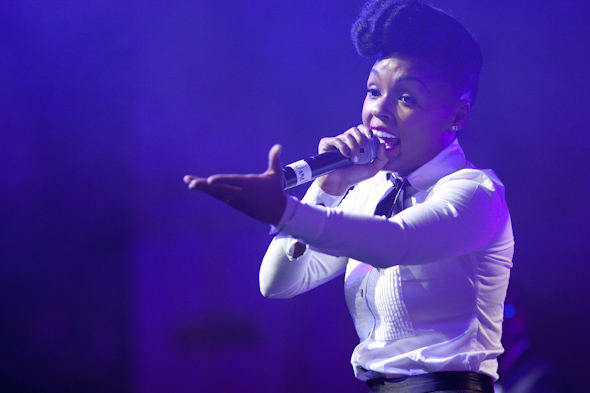 Then Monae, signature necktie hanging loose, introduced "Cold War" in the night's most vulnerable moment — a verbal echo of the song's stripped down and emotional video.

The set ended with "Tightope", Monae's biggest hit to date. Just when the party in the tent got into full swing, the band lay down and the songstress launched into the thrilling tap-dance solo I'd been awaiting for months. 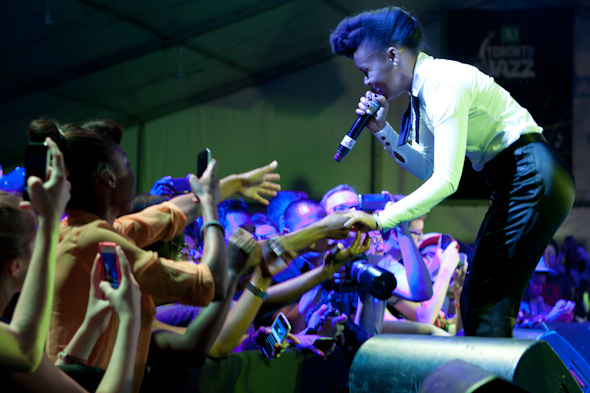 When the band returned for an encore, Monae knew the crowd was in the palm of her hand. She had the audience singing in perfect harmony, then crouch on the floor and rise during "Come Alive," as her horn players left their instruments and joined her and two masked dancers in a cult-like pacing of the stage. Basically, she saved the jazz fest from themselves: maybe that was the plan all along. 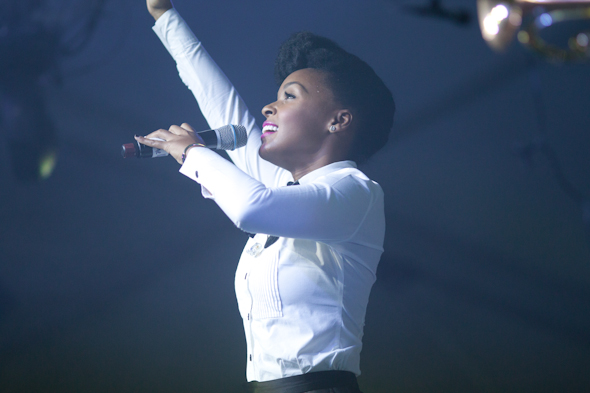 I'd like to close with a shout out to opener Roman GianArthur of Wondaland, who, in a top hat, well-tailored suit, white suspenders and pants rolled up to the top of his combat boots, really showed that TD guy a thing or two about personal style.