How to Dress Well unleashes the emotions at the Drake

Excitement about this show had been driving me to distraction all week, but after sitting in the post torrential rain dusk outside The Drake on Thursday flipping through The Grid's adorable spread about dogs, I felt chilled out enough to see Chicago's lo-fi r&b anti-diva How to Dress Well return to Toronto. 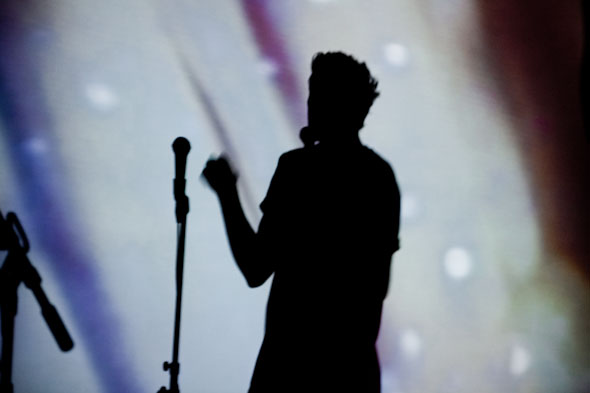 Downstairs, as fans gathered close to the stage's edge, How to Dress Well's Tom Krell made a minimal and modest start, speaking a few words before singing an a cappella strain alone in the dark until his projections began and his two brand new back up players, a string player (who's name I failed to jot down) and producer Cameron Reed of Vancouver's Babe Rainbow, joined in. 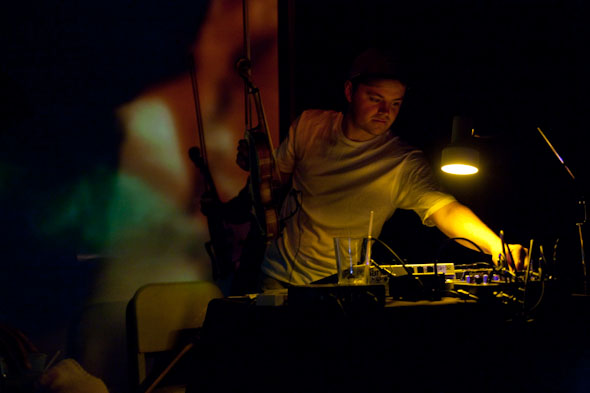 Live, and in such an intimate setting, Krell's voice was incredible. While his hushed crooning floated from note to perfect note, I was surprised that many or most lyrics could easily be made out, in contrast to most of Krell's 2010 recordings on Love Remains. Though humble to the core, the singer was confident and relaxed at his microphones (two, just a few inches apart with subtly different effects on each). 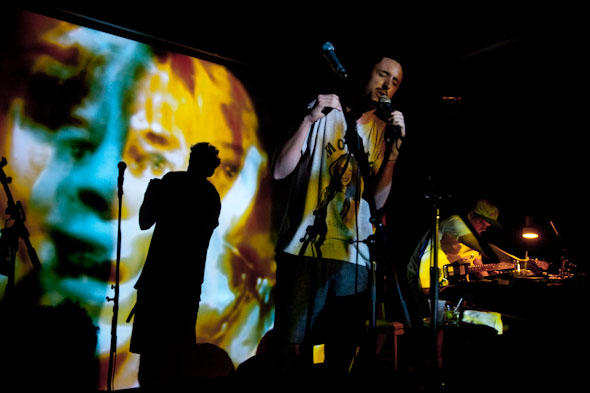 During new song "Running Back," Krell wove snippets of Ashanti's 2002 hit "Foolish" into his own sad, high octave grooves over an uptempo beat, creating an exciting piece and what I imagine an r&b Antony Hegarty project would sound like. The string player alternated between violin and guitar, as deep bass and compelling production emanated from Reed's corner - I'm not sure if his accompaniment was his own work, Krell's, or both. "This is just a little warm up tour: we'll be touring a lot when the album comes out," Krell iexplained. Total Loss, How to Dress Well's second full length, is due out this fall. 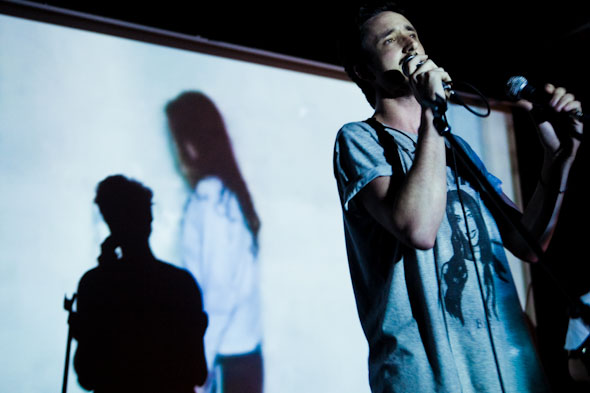 Film clips of figures and faces, sometimes in bright saturation and at other times in deathly cold tones, have become a fundamental part of How to Dress Well's live shows, and bare projections of a lone woman who could have been Laurel Nakadate leaning against a wall added to the feeling of isolation the band embodied. A hymnal ode to Krell's mother while a dancer in a Noh mask moved on screen was an overwhelming whole. Someone in the front yelled "oh my god", and then the trio launched into "Suicide Dream #2".

Krell's vocals meshed with violin harmonies, and then melodies gave way to soft whispering. Familiar strains of 2010's "Ready for the World" drew screams from some crowd members, while others made awkward attempts to sing along with the song's fragile vocal drones. I couldn't believe some people in the audience were talking and dropping bottles, but they were the minority; I've rarely seen a Toronto crowd so connected to a performance.

"I got emotional in the middle of that, like wow I'm really fucked up, this is intense," Krell said, laughing and giving kudos to his band. The emotions only continued to rise: in another new song Krell sang about missing his parents, then launched into a kind of universal list of longing: "Andrew I miss you, Donna I miss you, Robbie I miss you..." on to Micky, Jamie, and many other names. Minimal spaces met with moments of production and violin accompaniment so dramatic the song almost had post rock vibes. It was powerful; it was next level â I felt devastated. 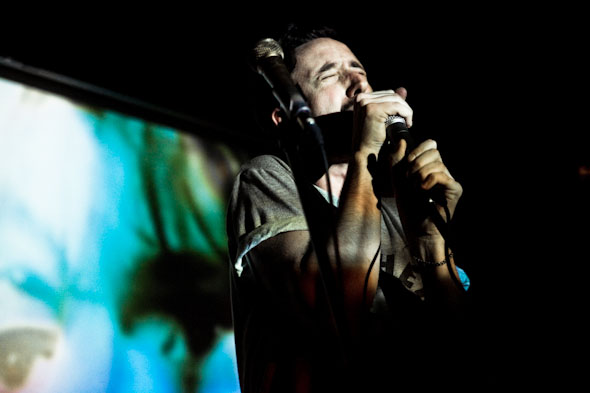 The deep bass and familiar melody of new single "Ocean Floor for Everything" almost had me singing along myself, and then the two backing players departed, leaving Krell alone for an encore. Kindly turning down impassioned requests for "Lover's Start," Krell announced he would play "Decisions" because it was easier, and as fans shushed each other, Krell flipped a mic around onto his back and sang alone, pacing the stage, his voice sounding far away (Krell once said he wanted to make r&b that sounded like a boom-box playing in another room).

Krell's background as an intellectual (he's a graduate student of philosophy) is often brought up in discussions of How to Dress Well, but what I came away with most from Thursday's show was how far inward Krell has gone. How to Dress Well is more than a genre gimmick, and it's more than a scholar's playtime: it's a necessity which has met with, and grown, an undeniable talent in Krell, both musically and in his ability to share himself on stage.