Coeur de Pirate has come a long way from her notorious underage nude photos back in 2009. Now seven months pregnant and on a world tour promoting her newest album, Blonde, the 23-year-old pint-size songstress created a dreamy atmosphere last night at the Opera House. 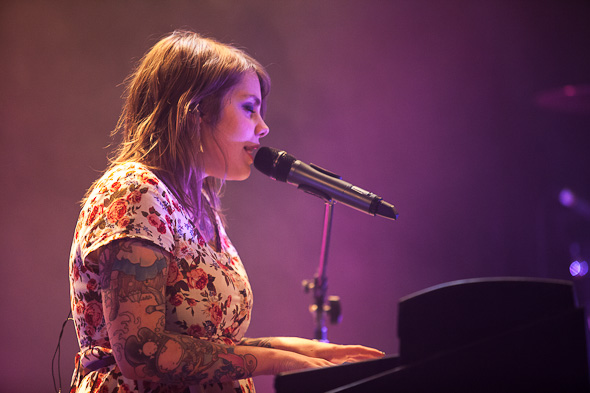 Coeur de Pirate (which if you, like me, are not French or bilingual, means Pirate Heart) has seen much critic-and fanbased acclaim in Quebec, and judging by the crowd she drew last night, Toronto's music fans are following suit. 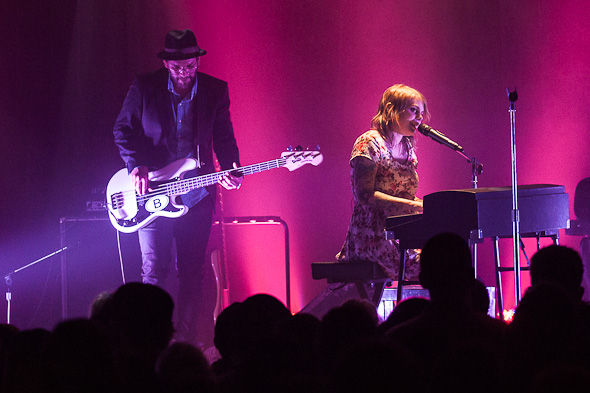 Despite the horrible weather (and the resulting brutal subway service), the Opera House was packed with fans waiting to be entangled into Coeur de Pirate's web of dreamy, romantic (and bilingual) setlist. 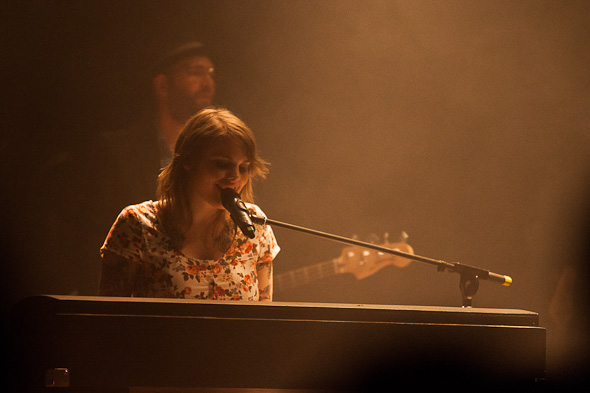 As a newer fan, I wasn't sure what to expect. My first experience with Coeur de Pirate was hearing her excellent cover of The Weeknd's "Wicked Games." I soon found out that her original songs were just as fantastic. Like last night's crowd, I was enraptured by her velvety voice and her inspiring abilities on the piano.

Coeur de Pirate's songs are reason enough to learn French. Listening to "Comme des enfants" I wished I could sing the actual words rather than belt out random syllables to match her catchy tune. If I'd heard her songs instead of Etienne's French-educational alt-rap tunes in grade school, I may have retained some of Canada's other national language.

If you were at last night's show, I think it's safe to say you'd agree with me when I say that Coeur de Pirate's talent is unprecedented: with her unique and seemless mix of French and English, she serves as an excellent representation of Canada. With that said, here's to her continued success. 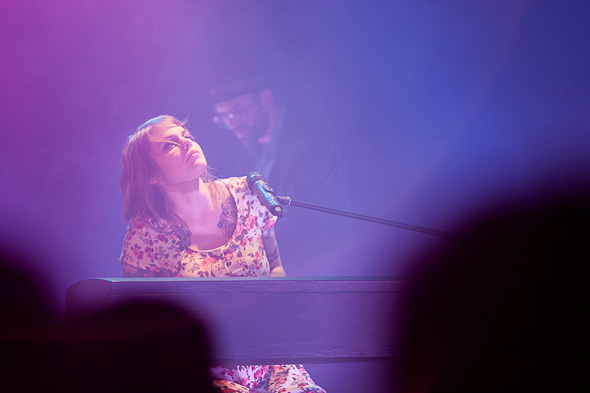 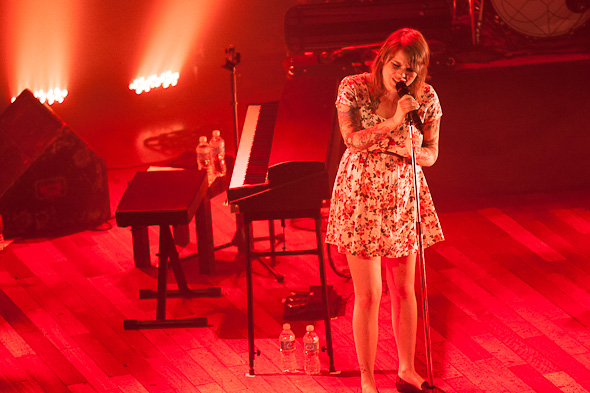