On Tuesday night, my eighteen-year-old-self and twenty-three-old-self were at odds with one another. I was on my way to Massey Hall to see Snow Patrol, riding one of the new subway trains, but I couldn't decide how to reconcile the two conflicting selves. My older-self wasn't sure what to expect from a band I hadn't listened to since 2006, but my younger-self couldn't have been more happy to see a band that I loved when I was eighteen. Thankfully, the conflict was quickly set aside as the band in question played a great set. 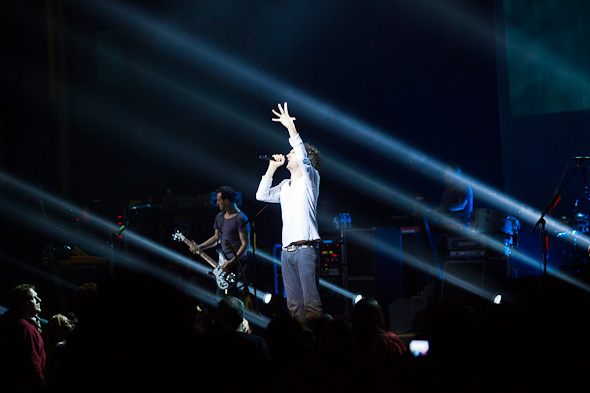 The highlight of the show turned out to be frontman Gary Lightbody. It was difficult not to be enthralled by the enthusiastic and charming Irishman. Before the band played "In the End," the singer ordered a gentlemen perched toward the front of the stage, "If you're happy, then tell your face!" Later, during the same song, Lightbody took that same gentleman and spun him around. The frontman, however, saved his best stunt for last, as for the final song of the band's encore, Lightbody jumped off the stage and started patrolling the left aisle of Massey Hall, hugging it out with a couple of fans, and even putting a bemused smile on one of Massey Hall's security guards as he sat down on the old man's lap. 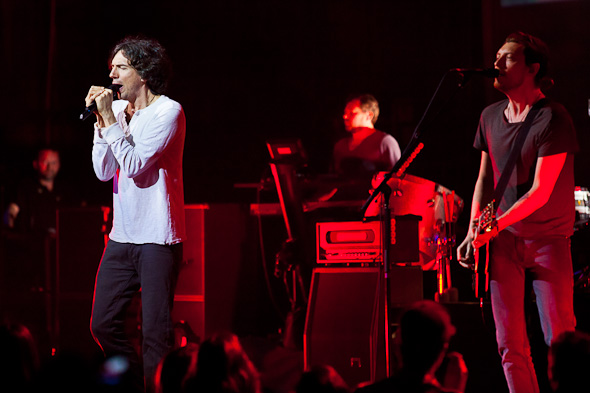 At this point, it would be understandable if Snow Patrol were tired of playing "Chasing Cars" and all the other multitude of hits that have come from The Last Straw and Eyes Open. After all, I can't imagine how many times they've had to play that song since it was featured on Grey's Anatomy all those years ago.

Still, it seemed like the band reserved the same enthusiasm and joy for their old material as they did for new songs. For "Shut Your Eyes," Lightbody led the audience in an extended call and response, with the song's refrain being alternatively sung by the male and female members of the audience â though, amusingly, Lightbody's face showed the hints of a cringe as he listened to the men in the audience sing the refrain. 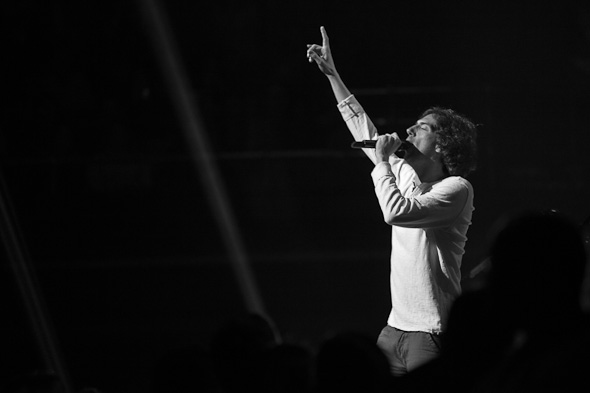 If there was one disappointment to the night, it was that the beautiful "Set the Fire to the Third Bar" lacked the female vocals that make the original recording an absolute stunner â the recorded version features accompanying vocals by Martha Wainwright and, in the past, the band has had a guest female vocalist join them on stage for the song. Still, that was a minor low point in what was an otherwise throughly beautiful night.