It seems like every time I see an article about Toronto's live music scene, all anyone seems to write about are tribute acts composed of Humber music graduates. Insert SarcMark here. But, more seriously, when I saw Purple Revolution at The Virgin Mod Club on Tuesday night, I was led to challenge some of the thoughts and attitudes I hold about popular music. This, in short, is no ordinary tribute band. 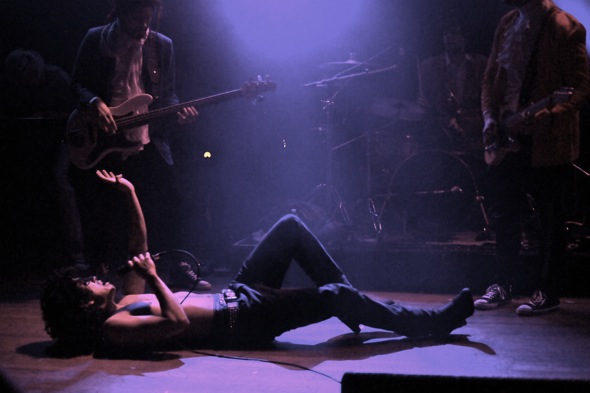 Their lead singer Cat Lewis may wear his best Prince costume, but he's fronting a band of random characters that makes it look like they're the stars of a movie in which the band was put together on the way to the gig. 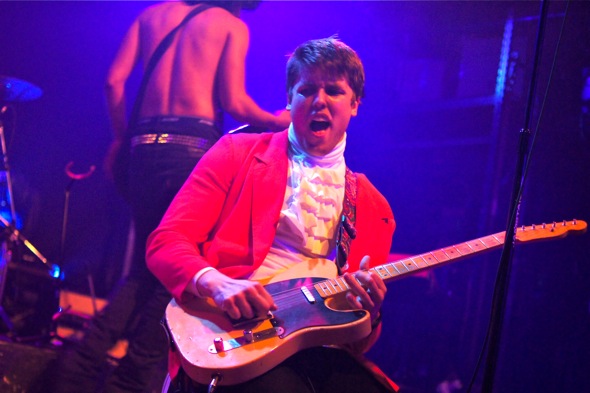 This band is not trying to do the note-for-note thing; they're going for a greater truth. 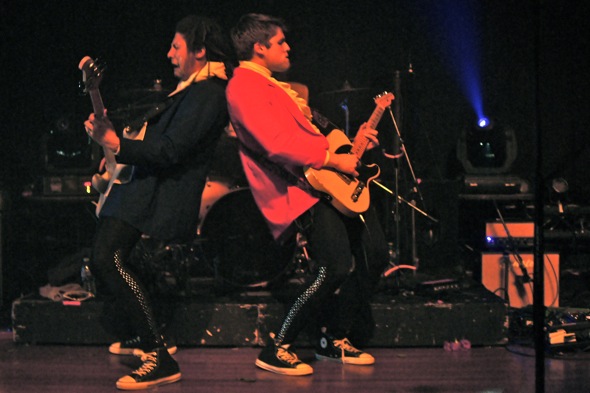 From the costuming to the arrangements to the guest performers, Purple Revolution are aiming not to mimic the sound or the exact look of Prince & the Revolution. They're aiming higher, trying to channel the spirit of the original. 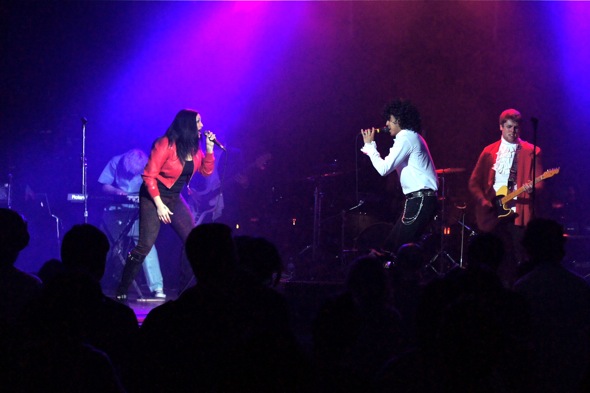 The same way that people talk about how superheroes are our new Greek Gods and their stories exist as contemporary mythology, entertainment figures have become, in a manner of speaking, messiah-like via their larger than life on- and off-stage escapades as well as their fiercely devoted followings. 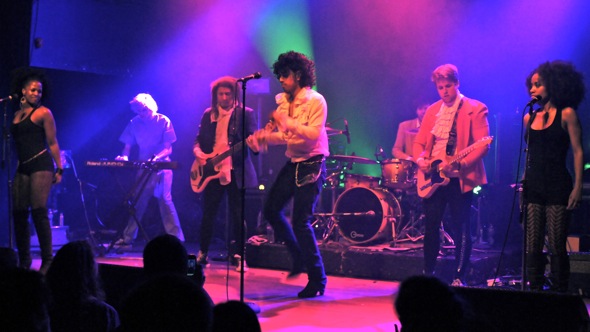 So when you're going to stage a revival like Purple Revolution, there's always a risk of dogma: you can follow the original persona and end up doing mere mimicry — idolization, some might call it — or you can bring your own thing to it to try to get at the truth of the thing. 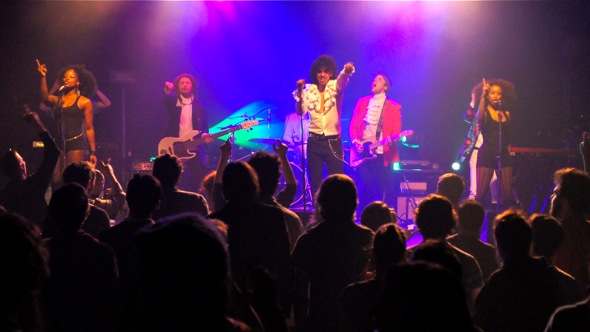 What I love about Purple Revolution is that they offer an authentic tribute without being dogmatic. In deviating from the formula and going their own way, they exceed the expectations most of us have set for tribute bands. Their music is technically derivative to be sure — but not nearly to the extent that one might think. 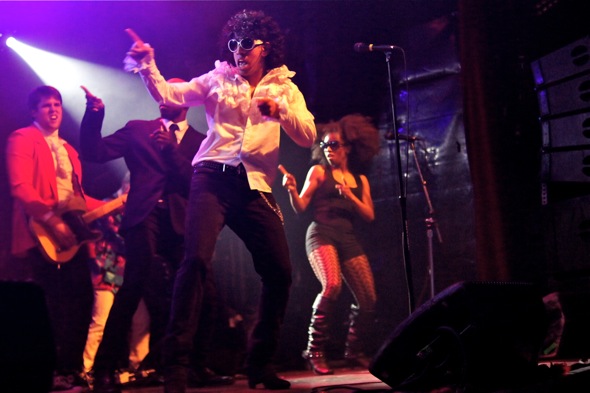 Opening act Yuka had a funked out vibe, though their delivery was mathematical and precise. At their best, they invent some of the catchiest riffs you've ever heard. The flip side is where they got more experimental than the party-ready audience was prepared to follow. That said, I thought they we're marvellous. I'd just love to see them bring as much to their performance/stage presence as they did to the musical level. In that sense, Purple Revolution could serve as a model of their own. 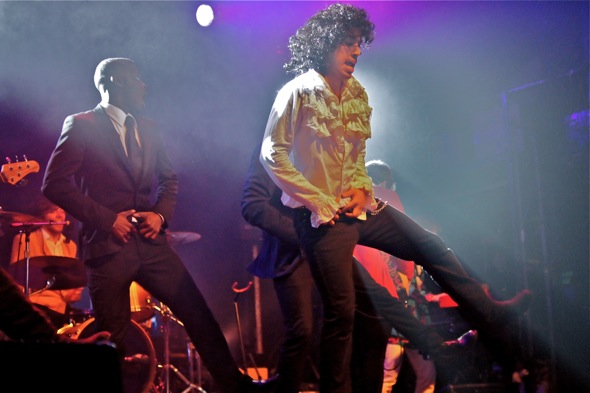 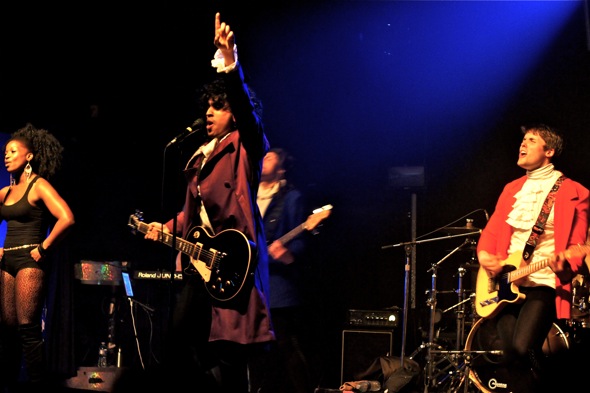