Dev dances in the dark at the Mod Club

Mixed media accompaniment, a wave-happy DJ, and two fabulously chic backup singers, Dev drew in a moderate all-ages crowd last night at the Mod Club. A Monday-night show could seem like a death warrant for a performer - especially a Monday night following a long weekend. All things considered, Dev's loyal following stepped up and nearly filled the venue. 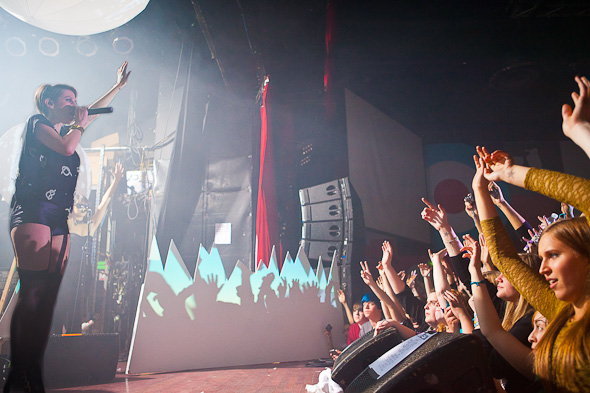 Dev's DJ got the crowd dancing and throwing up their hands in anticipation before Dev started her self-described swag-pop setlist of groove-inducing hits like "Bass Down Low," "Like a G6" and "In the Dark." 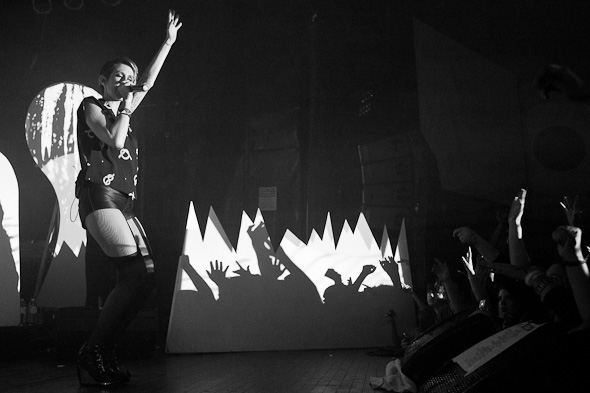 Wearing booty shorts, thigh-high stockings and a garter, Dev's overtly sexy demeanour was a perfect match to her sassy music. Each song was accompanied by its music video playing behind the band, amplifying the catchy lyrics as well as the crowd's ability to shout them. And to top it off, Dev's two backup singers â donning strapless LBDs and black oversized sunglasses â brought even more flair to the stage. 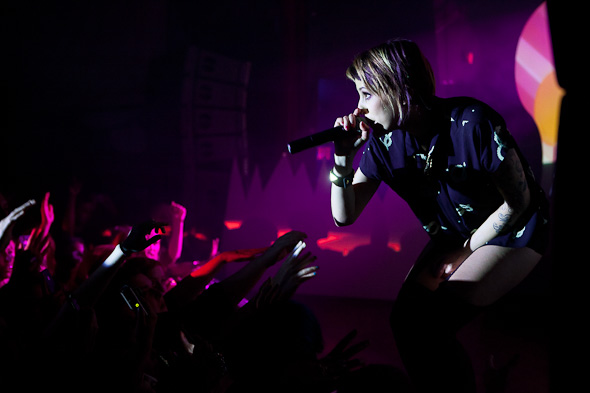 Dev's virtually non-stop chain of bass-heavy songs kept the crowd on their feet with their hands in the air. With only one break between songs, and only one slow song in the set, Dev kept spirits high and left the stage with the crowd wanting more. Unfortunately, even with all of the chants for an encore, the audience was left watching Dev's stage crew clear the elaborate cut-out sets from the stage. But the disappointment was quickly overshadowed by the crowd's satisfaction with the lively, well-executed concert. 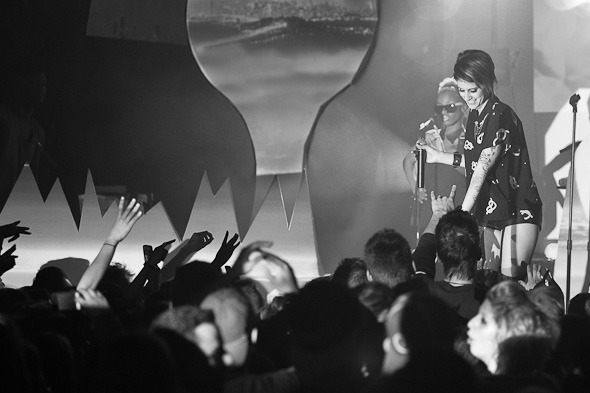 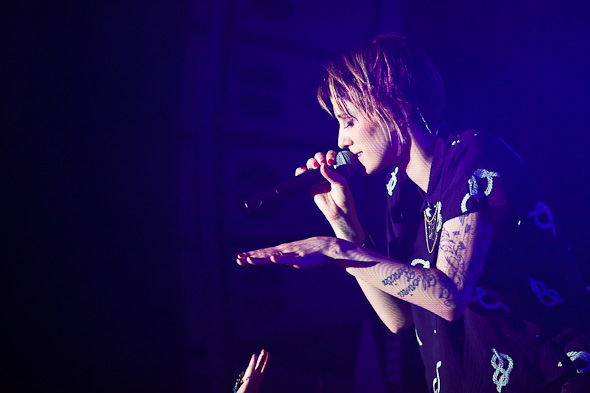 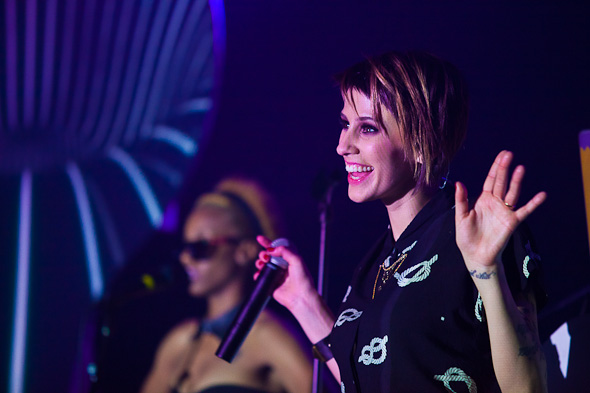