The Junction airs its "grievances" at The Horseshoe

On Saturday night, for the very first time, I saw someone crowd-surfing at the Horseshoe. It's a phenomenon generally reserved for places with ample space — you know, venues with the necessary real estate and security staff available to permit the comfortable tossing about of a fully-grown human being. But the crowd was thick enough on Saturday, nearly sold-out thanks to the rabid fans who showed up to hear Grievances, the latest record by local rockers The Junction.

The band came on at about midnight and aired Grievances (which was released March 6) in its entirety. It's a powerful record, that's for sure. But despite its biographical bent — brought on by the painful unraveling of lead singer Brent Jackson's relationship while these songs were being formed — I feel like this record is still a natural progression for the group. The songs display a maturity hinted at in their previous records, but that/s finally realized here.

Bringing on Marcus Wong of Marcus and the Mountains for their live shows has proved a great decision. On songs like "Factions," with multiple guitar parts and thick, layered choruses, he's able to add depth and force without stepping on the at-times-delicately-arranged parts. 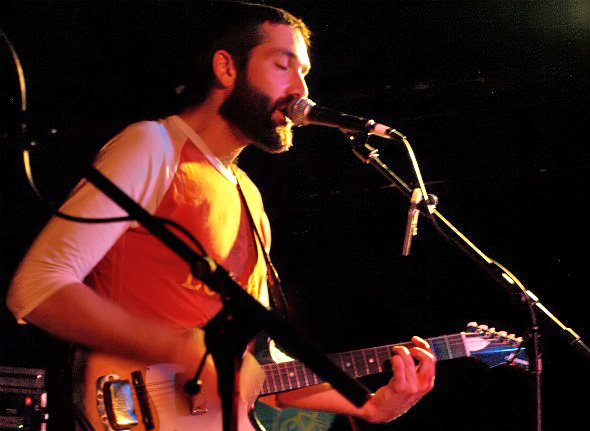 The second half of The Junction's set was composed of older material. Some of the parts had to be reworked, but everything was done with a deft touch that included the audience as much as possible. Case in point: on "Level With Me" off 2009's Another Link In The Chain, the group led the audience in singing a trumpet hook at the end of each chorus.

Opening for The Junction were Goddamn Robots and Trevor James & The Perfect Gentlemen. Goddamn Robots played a set of tight, snarly rock songs the audience really seemed to enjoy. I was surprised when the crowd sang along with much of their set — you don't often see that when a group has only a very recent EP to their name. Their set was great fun, though, and they are well worth checking out if you're a fan of razor-sharp, buzzsaw rock and roll.

Somewhere around the encore, The Junction's lead singer Brent Jackson took the time to thank the audience for being there. He sounded delighted with the turnout, and why wouldn't he be happy? Grievances is a worthy addition to The Junction's catalog, a mature and interesting record you can still turn up loud when you have to, and with a new album, a new guitar player and a live show so good they had people surfing on each other's shoulders, The Junction led the lineup of a great show at The Horseshoe last Saturday.