I don't know about you but whenever I hear Theophilus London's "Why Even Try" I end up dancing — whether it's a subtle shoulder shimmy while at work or a full-blown choreographed routine in my kitchen, I can't help myself. So when I went to see him perform at Wrongbar on Friday night I expected to dance.

What I didn't expect was a dance party. 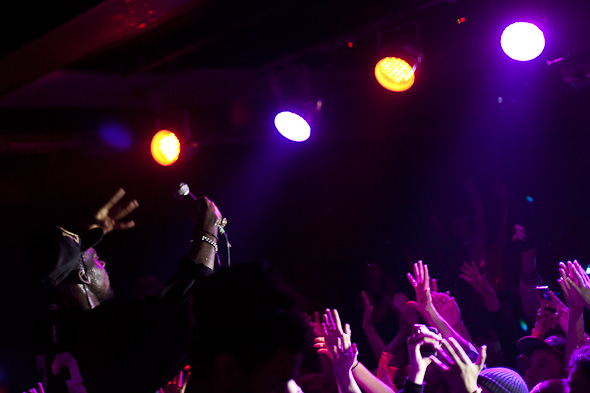 Although he was two hours later than expected, London won over the sold-out crowd with his unique alt-hip hop repertoire. Over the course of only a couple of songs, I saw one denim-clad dude — who I suspect was dragged to the show by his London-loving lover — go from standing with an indifferent disposition to flailing his arms in the air and yelling for more: a newly converted fan was born. 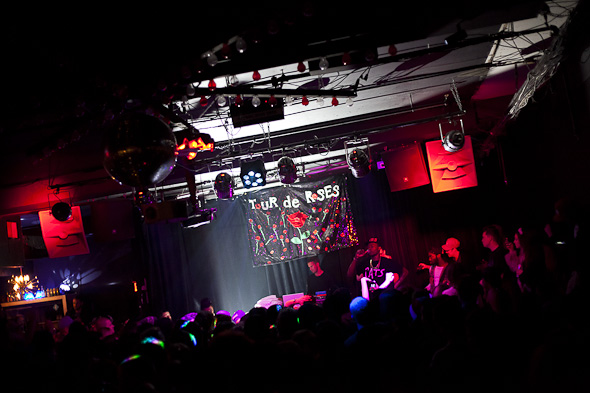 And then there was me. After hearing London's own remix of "Why Even Try" I was in love with him. (I should mention I fall in love with anyone I see perform live. Whether it's the quite literal pedestal of the stage on which they are placed or the handsy, screaming fans that do it, I'll never know.) I swear London looked straight at me, wooing me with my favourite song, "Flying Overseas." He totally wanted me to go to Jamaica with him. 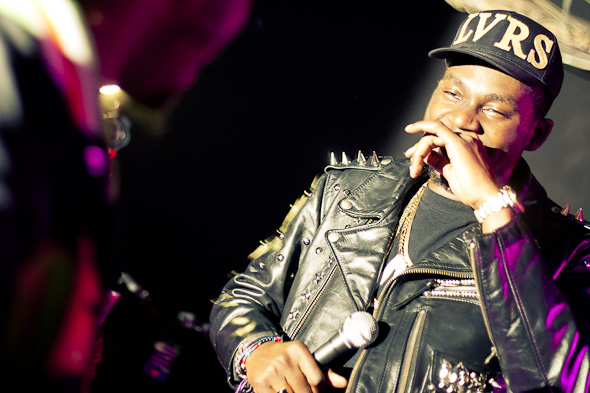 After an eight-song set — just as I was about to purchase a last-minute Montego Bay getaway — my school-girl crush began to fade. Amazon.com-like song samples from London's upcoming album were followed by a karaoke dance party of top-40 hip hop songs from the early 2000s. The atmosphere went from one of a concert to one of a nightclub in a matter of moments. And although the party was entertaining, if I'd known I was going to a karaoke show, I would have requested a private room in Koreatown. Call me, Mr. London, and it can be arranged.