Dinosaur Bones de-fossilize at the Horseshoe

Thursday night The Horseshoe was packed for a Dine Alone records extravaganza featuring Dinosaur Bones. It was their fourth birthday, aw. Starting with a burst of energy perhaps still lingering from Young Rival's set, the quintet played songs from 2010's Birthright EP, 2011's My Divider and a few yet-to-be-released new songs.

On display immediately was the band's professionalism, precision and skill. They have a stadium pop-rock (think The Stills, Muse) quality that was surprising to hear at The Horseshoe (it's up to you whether you think that's a compliment or not). 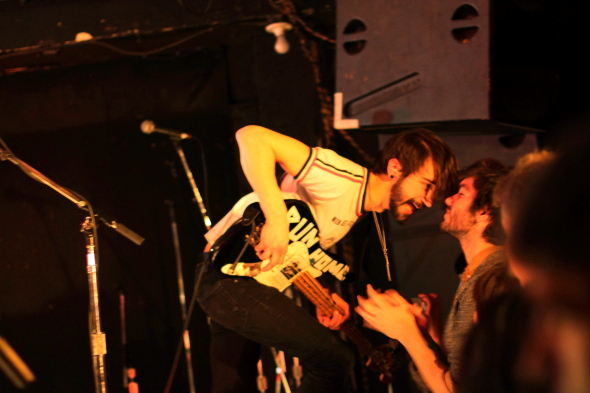 About half-way through the set, they played two new songs in a row, which everyone seemed to dig. Meanwhile, I was feeling the vibrations of the bass drum through a comfy leather bench while drinking a gin and tonic. All in all, a pretty good feeling and vibe.

Soon came "Ice Hotels" â from what I gather, a sexy story about bear skin rugs. The song has an almost lullaby quality. If I was a kinky baby that was into bear skin rugs, I would fall asleep to this song every night. 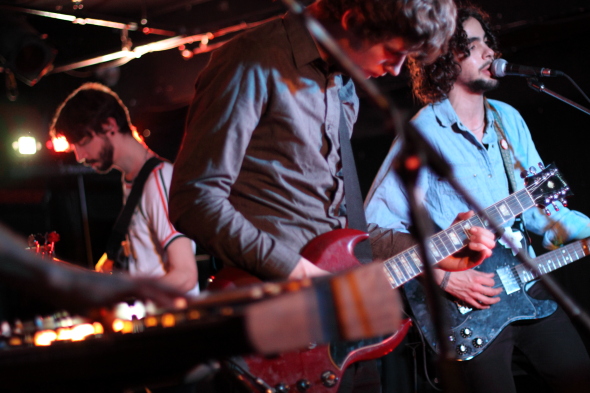 After another new song and another episode of the keyboard player head-banging his fucking head off (what music is playing in his mind exactly that the rest of us cannot hear?) Dinosaur Bones ended with "N.Y.E." much to the delight of the crowd. The entire audience joined in on clapping-session after prompting from guitarist/vocalist Ben Fox.

...But wait! It wasn't actually over yet! The band quickly appeared back onstage they declared "we're gonna do something stupid!" And that they did. A cover of Don Henley's "Boys of Summer." They were joined by a smattering of (presumably) friends onstage who danced around and belted out the chorus. 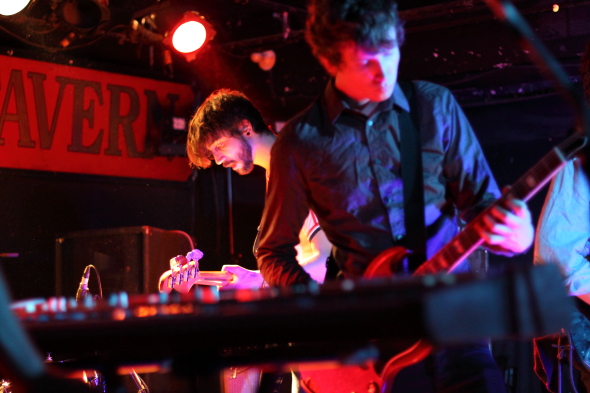 Dinosaur Bones make harmless pop rock music, and they do it well. They sing about girls and romance and awkward situations and, well, would fit perfectly into a Josh Schwartz project, past or present. And there's nothing wrong with that. 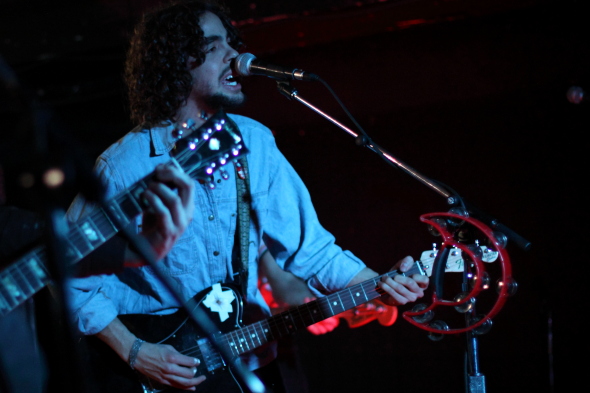