Bry Webb brings me to tears at the Music Gallery

I haven't cried at a show since Sarah Harmer in 2001, you guys. I used to think some Constantines songs made me strangely emotional but take Bry Webb, a cello, a slide and lap steel guitar, the fact it was my lady time, and songs about his young son and I was set to cry me a motherfucking river! Saturday night Bry Webb played his album release show (two back to back shows actually) at The Music Gallery. 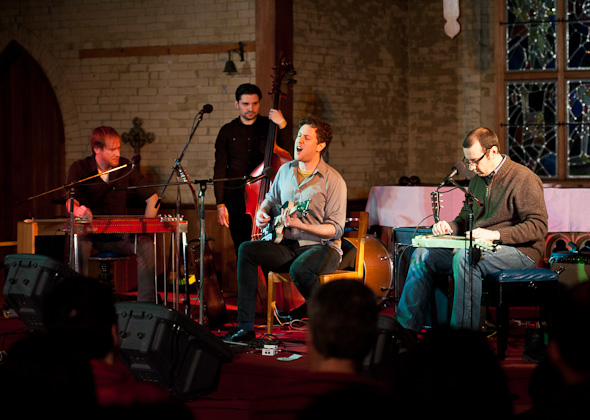 Webb's performance was so powerful and earnest that, combined with the gorgeous setting, I 1) didn't miss our beloved Constantines and 2) got as close to a "religious experience" as I've ever had a concert. 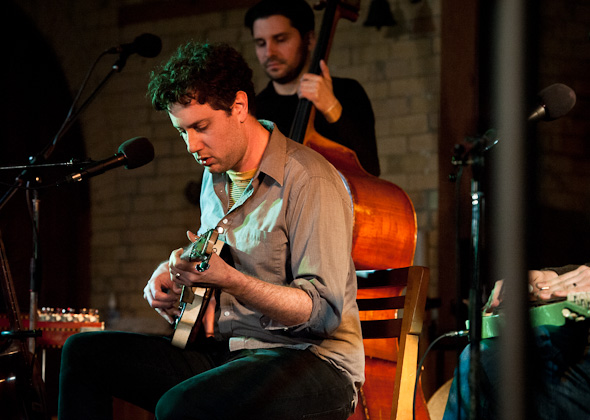 The pews were packed and everyone listened intently to the amazing acoustics on Webb's stripped-down twangy songs and his frequent cheerful banter. Before playing a song about his son he told us that "he couldn't come to the show â it's past his bedtime. We had a dance party this afternoon. I got really sweaty." And it was right about then that my happy-tears started to kicked in (shut up, I know). Webb was also filled with praise and chatter for his opener, Doug Tielli, all night. 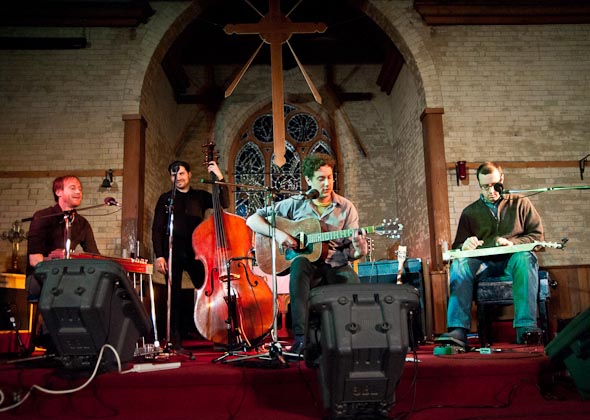 The polite audience got a bit noisy when they recognized Webb's single "Rivers of Gold," but in general it was a hushed atmosphere. In Webb's words, "this silence is intense, I'm not used to this." He was right â the silence was intense, especially for a socially awkward freak like myself. I seriously thought everyone could hear my weight shift from one foot to another (no room in the pews, man, had to stand...man). So when a drummer took the stage for the last song, "Ex-Punks," a collective sigh was let out in the room. As the most upbeat and rocking track on the album, I was thrilled to hear it and it ended the show perfectly, allowing Webb's powerful voice a little more room to maneuver. 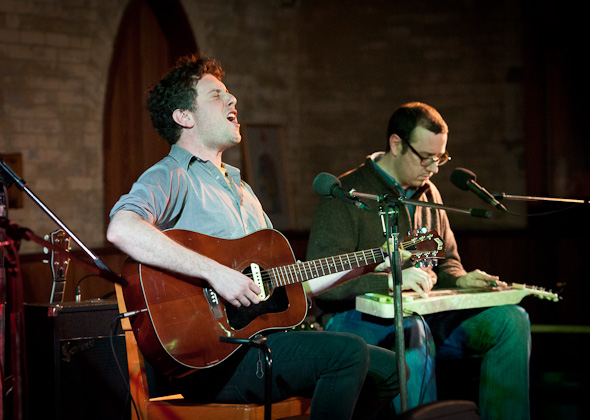 I've covered some stupid bands in my day, and Bry Webb was a great reminder of what music should be. If I were a psychiatrist I would say his calm, confident, beautiful music reflects how at peace he is with his life right now. And as much as I love and miss The Constantines' raucous, that's worth trading pretty much anything for.