The National play in a hockey arena (and win big time)

The National played the Air Canada Centre last night. Yeah, the hockey arena where the Leafs like to disappoint their rabid fans. But last night it was transformed into "theatre-mode," which is no Massey Hall, but, to be fair, it bloody well worked.

With the ACC cut into a third of its size via a giant-ass black drape behind the stage, the sound amplified, but it's still a cavernous space. The show opened with the giant screen projecting the band hanging out and warming up in the green room. It then followed them as they made their way to the stage, the crowd hooting with anticipation. 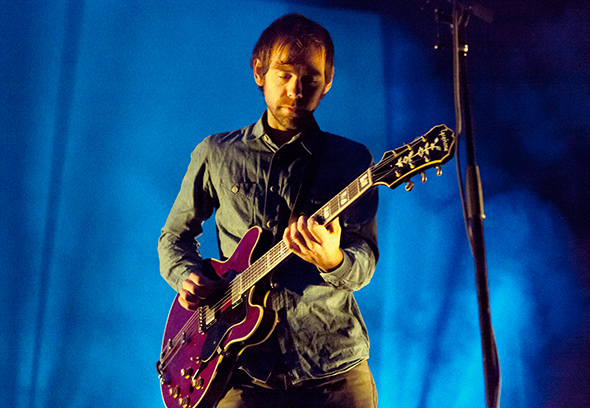 Opening with the slow ballad, "Runaway," was a slow-ease into the band's groove. A solid warm-up song. It was with songs like "Mistaken for Strangers" and the hit "Bloodbuzz Ohio," though, that got the crowd on their feet. (Of course after everyone took their seat, two young dancers directly in front of me proceeded to stand and awkwardly sway, alone, for the whole concert. There's always those two, isn't there?) 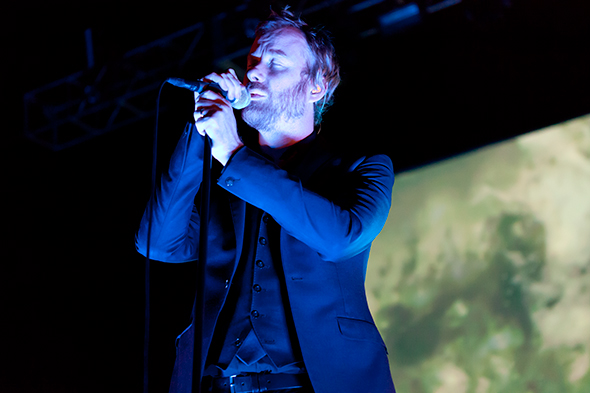 The National, a now-seasoned touring band, still going strong on 2010's High Violet, like to start slow, like most of their song catalogue, and build from there. They tossed in some wicked builds, like the unexpected intro on "Squalor Victoria." Brooding, baritone-voiced frontman, Matt Berninger, kept the chatter limited at the beginning of the show as he continued to throw back the contents of his plastic red cup. It was before jumping into "Conversation 16" that Berninger dedicated the song to Cincinnati, his native land, because "there's a lot of cannibals there, including our families." 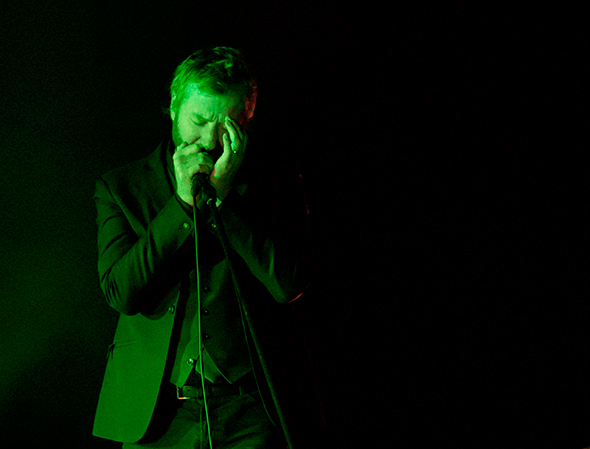 Seemingly disappointed that the small standing crowd in front of the stage wasn't packed due to "safety issues," Berninger decided to do something about it. Before plunging into "Sorrow," he noted that he had an all-access pass, which meant he could escort anyone he wanted. Ergo, he ran into the crowd and started to invite the masses from the 100s into the standing area, much to the chagrin of the security. Security, who after the fact, chided Berninger as people were blocking the aisles. "I think I'm going to be shot," he quipped.

Toronto's beloved Owen Pallett was brought on stage for a new song, "I Need My Girl," which the band performed for the first time earlier on CBC's Q. Pallet stayed around, coming back a couple times throughout the remainder of the show. 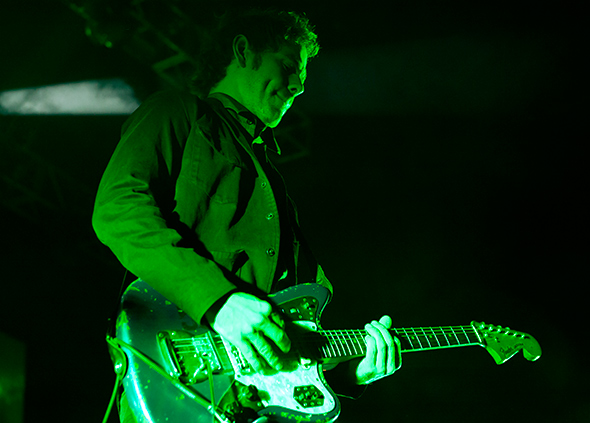 For the four-song encore, The National led with another new song, the stunning, "Rylan." But it was the closer, "Vanderlyle Crybaby Geeks," that was one of the best performances I've seen in a while. Eschewing their mics, the band came to the edge of the stage to belt out the lyrics with the crowd. With everyone singing along, including those two girls losing their shit in front of me, they somehow made a hockey arena feel like a damn theatre. Good on them.