Sloan hit up the Great Hall for the holidays

Sloan played the Great Hall on Wednesday night as the second of a two-night run of shows benefiting the COUNTERfit Harm Reduction Program and the Barriere Lake Legal Defense Fund. Local heroes Fucked Up, who also curated the Toronto-centric lineups for each show, headlined the first night. Having already played Toronto a handful of times this year, this show was notable as it found them airing out their third LP, 1996's "One Chord to Another", in its entirety. Despite the relative similarity of the performances to those found on the album, far be it from a band as energetic as Sloan to phone it in and stage a mere recital. 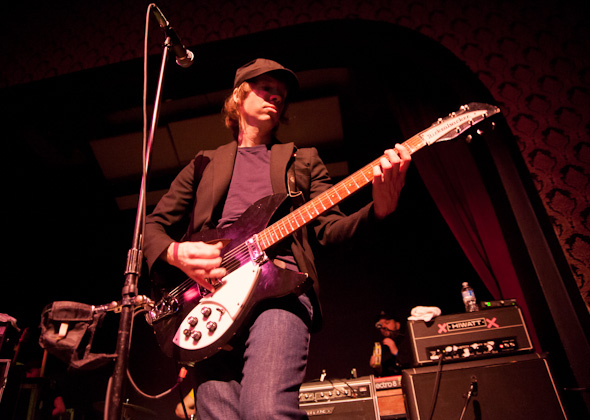 It was "One Chord to Another" that solidified Sloan's reputation as both critical and commercial darlings (at least in Canada), mixing the four members' unabashedly hooky but sometimes disparate songwriting styles and congealing them with a wash of 1960s AM pop production. For this show alone they rehearsed and unearthed a number of songs that either hadn't be played in years or never at all, and it was during these tracks, as well as the guest-heavy encore, where the show got its boost from injecting some unpredictability into Sloan's signature dependability. 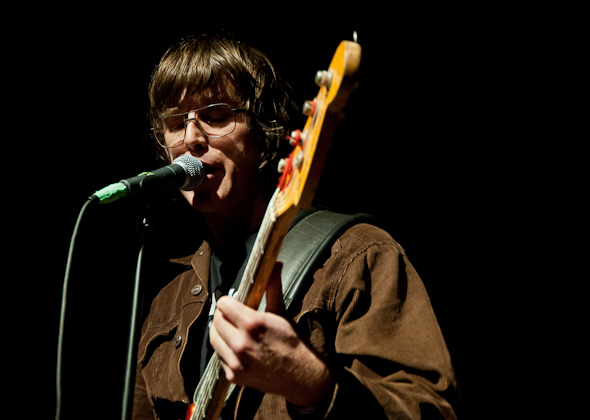 From the first notes of "The Good in Everyone", with its distinctive stop-start intro, the band had forged the night's theme: it was 1996 all over again. And everyone, band and audience alike, loved it. 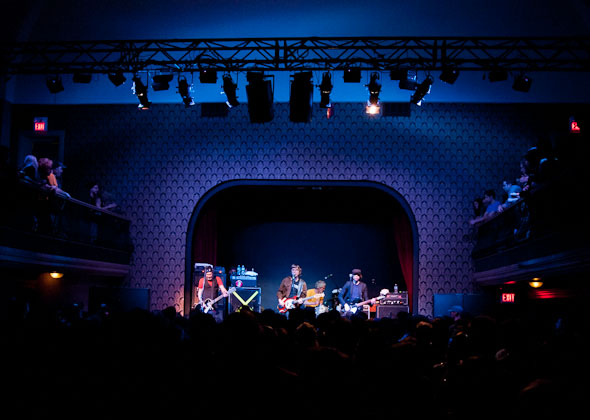 Indeed, while I had seen a couple Sloan shows over the years that seemed to run on autopilot, this was thankfully not the case on Wednesday. The mega-hits kept coming with "The Lines You Amend" and "Everything You've Done Wrong", the latter featuring a three-piece horn section. Some of the best songs of the night were the record's deep cuts, including the Chris Murphy-led double whammy of "Nothing Left to Make Me Want to Stay" and "Autobiography." 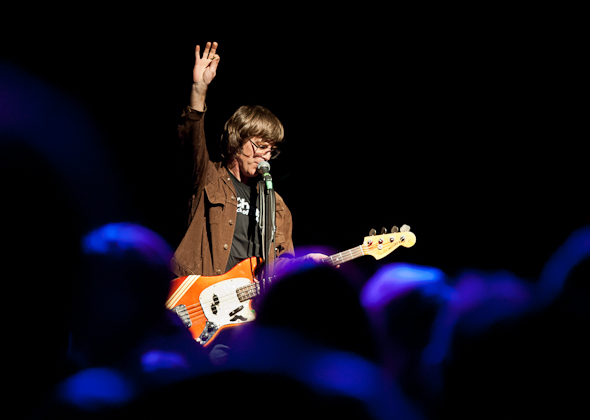 While the lyrics of both suggest dissatisfaction with the music industry following the band's less than amicable break with Geffen Records following the release of "Twice Removed", the performances tonight were spirited and joyful. Indeed, a charitable air permeated the evening, with each of the night's bands repeatedly thanking Fucked Up for the chance to support these great causes. 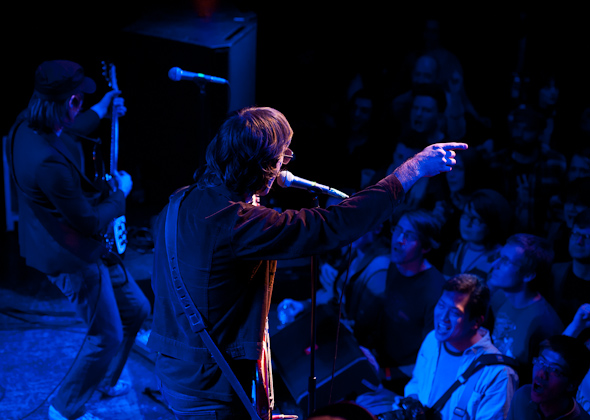 That Sloan were going to pull out all the stops to faithfully recreate the magic of "One Chord to Another" was no surprise; the encore, though, featured more than a few curveballs. The band pulled one track from each of their first two records, with "500 Up" showcasing Sloan's early nod to shoegaze and sounding crystal clear in the acoustically magnificent Great Hall. 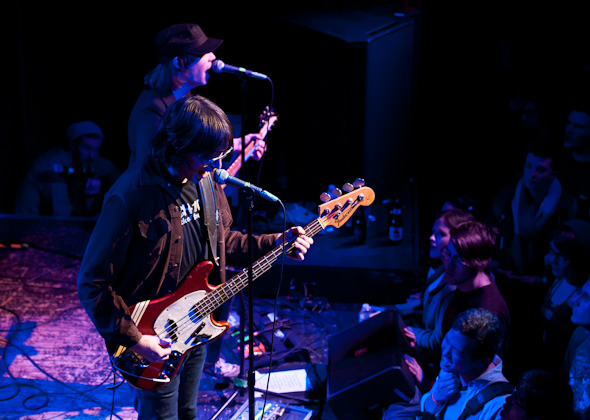 The final two songs would bring two high-profile guests to the stage, first with Fucked Up's Damian Abraham for a faithful rendition of Black Flag's "Nervous Breakdown" (sadly devoid of any stagediving antics), and then with Feist joining to play her signature hollowbody Guild on "She Says What She Means." Keeping with the gaff of it being 1996, Patrick Pentland joked before the last song that "this is a work in progress from our next album." 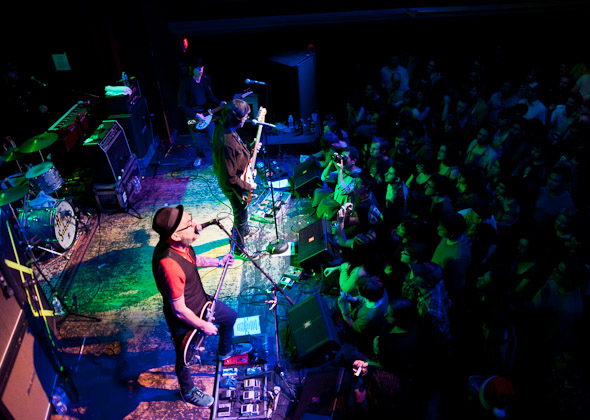 Despite "She Says" being taken from 1998's "Navy Blues", the joke had resonance. Sloan have proved over the years their ability to forge on relentlessly with new material; this one-night victory lap of revisiting and revitalizing the good in a classic record showed that Sloan can rise to the challenge of past, present and future.

The Rural Alberta Advantage, Ohbijou, and Bonjay opened the show. All three Toronto-based acts turned in solid performances, with Paul Banwatt of the RAA's absolute domination of his drumkit inspiring crowd participation en masse. By the time Ohbijou took the stage, the Great Hall was filling up nicely, but the majority of the crowd sadly missed out on the short but sweet Bonjay set. Melding dancehall grooves with emotive inflection, the three-piece band led by the magnetic Alanna Stuart started the show by packing as much energy into the empty space of the venue as possible. Expect big things from them in the future.