Holy Ghost! does a little disco at The Hoxton

On Tuesday night, Holy Ghost! kicked off November in style with their disco-infused synthpop performance at The Hoxton. Holy Ghost! is an NYC duo comprised of Alex Frankel and Nicholas Millhiser, who were accompanied last night by enough musicians to form a much-welcomed six-piece band (so much better than watching a dude plug buttons on a macbook all night).

The band took to the stage playing the title track from their 2010 EP Static On The Wire. Amongst the bongos, tight snares, and catchy synth progressions was a near two-minute buildup, whose culmination ignited the enthusiastic crowd.

The set-list was expected but enjoyable, highlighted by favourites "Wait and See," "Slow Motion," and their widely successful first single "Hold On," which Resident Advisor scored a four out of five. 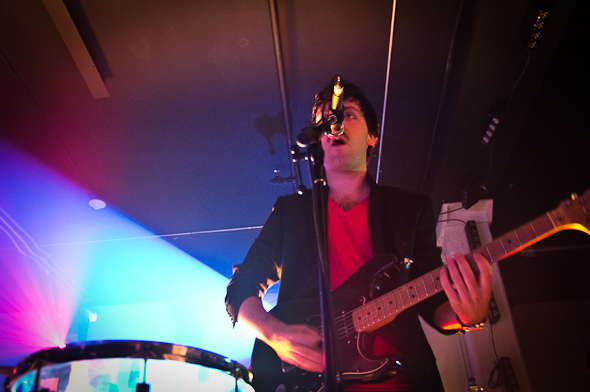 Holy Ghost! has something of an interesting development story. Following up on their 2007 hit single "Hold On" four years later with their self-titled debut album, critics are divided, some comparing the duo to bands like Chromeo and Cut Copy, and others who highlight their musical limitations and lack of compositional breadth. For those new to Holy Ghost!, it's probably best to formulate your own opinion.

Last night's event was not one without hiccups. Thankfully none, however, were attributable to the performers, but to the venue itself (which pains me to say as it's one of my preferred party locations in Toronto). A lesson learned in club operations last night: stage lighting should shine on the band, and not in the crowd's eyes. 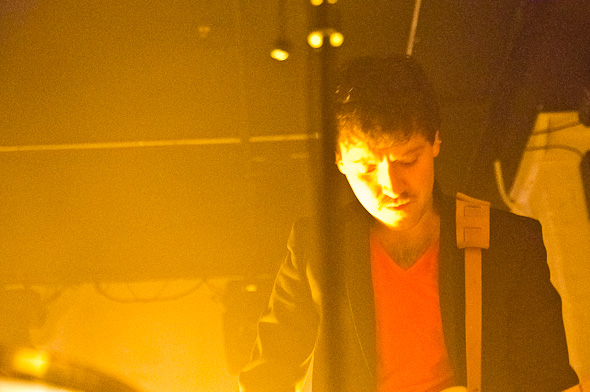 With the set-list complete, the crowd's cheers ordered an encore, to which Holy Ghost! delivered a hearty cover of Friendly Fires' "On Board." Hiccups aside, it was a fantastic way to spend a Tuesday night, and rewarding to experience Holy Ghost!'s first headline show in Toronto.