The Danforth Music Hall is back. Starting tomorrow night, the fabled Toronto venue will host the first of two shows in December, as it prepares for a more extensive relaunch in 2012. Although details about the future of the venue have yet to be revealed, Mike Andrikopoulos, one of the building's owners, told me earlier today that he's almost ready to fill us all in on what's in store.

The Danforth Music Hall had closed its doors in August 2010, just two months after celebrating its 91st birthday. The tenant at the time, Ellipsis Retail, owed more than $44,000 in back rent, which led Andrikopoulos's company, Electra films, to put an end to its lease. An important historical structure and cultural fixture, many feared the worst back then.

In the months that followed, however, the venue did briefly reopen on few occasions, but never for an extended period of time. That appears set to change as the heading into 2012. Although we lack specifics, previous reports and a sign outside the Hall indicate that in the interim some renovations have been made to the interior of the building.

We'll have an update on the status of the venue in the coming days, but if you can't wait until then, there's always the upcoming shows. 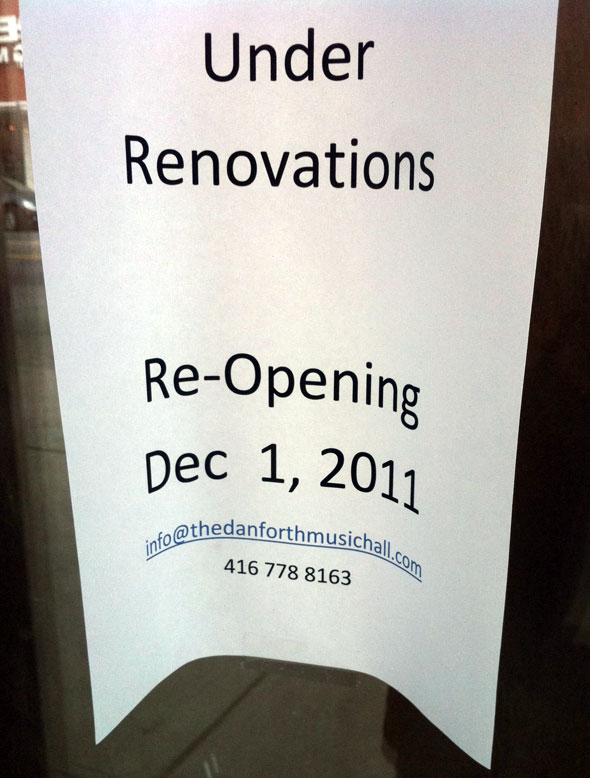