Rufus Wainwright and Austra go to the Toronto opera

What event dares to take on fashion week? Operanation, duh. On Friday night, the annual event pulled rank on all things fashion-related, or at least I'd like to think so. There's been an interesting debate for the better part of a decade about the future of opera as an art form, or, rather, as a viable art form for the masses. Some feel it's on the verge of extinction, others are confident it will find new ways to grow and evolve with its audiences.

There's not a sexy mainstream movie about opera (a la Black Swan), and there's certainly not a highly publicized, national week devoted to its promotion (like LGFW). That's why fundraisers like Operanation exist; they're designed to raise awareness of opera and to support the tradition and its burgeoning talents. Now in its eighth year, Operanation aims to raise funds for the Canadian Opera Company's Ensemble Studio, a training program for young opera professionals. They are the future.

I've never been to the opera (shame, I know), and I've never been to an Operanation. But, after Friday night, I want more of both. This year's installment - titled "A Muse Ball" - had a fashionable twist, and after the week I'd had, I was worried the whole thing would be overkill. Thankfully, it was just enough. 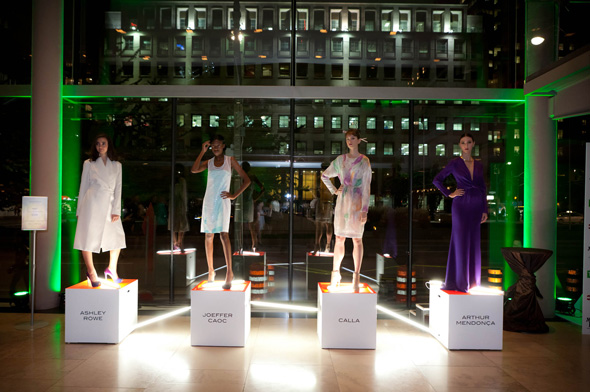 What I did find, however, was quiet on the fashion front; tame in many ways LGFW is not. There were live installations with unique designs created by Canadian talents Calla Haynes, Joeffer Caoc, Arthur MendonĂ§a, Greta Constantine, and Ashley Rowe, and an art installation by duo Nadia Belerique and Jennifer Rose Sciarrin. They were just there, not in your face, not crowding your space. Just there - and just fine.

What was more remarkable, perhaps, was the view, no matter where I was. As I approached the Four Seasons Centre for the Performing Arts that night, I saw the glassed-in three floors illuminated to the outside. With over 1,000 expected guests, it was a rare, yet striking, view found in scenes on Gossip Girl, something almost necessary for a city that will start riots over hockey games and play host to events that are often perceived to be elitist and bordered by privacy and, well, walls. 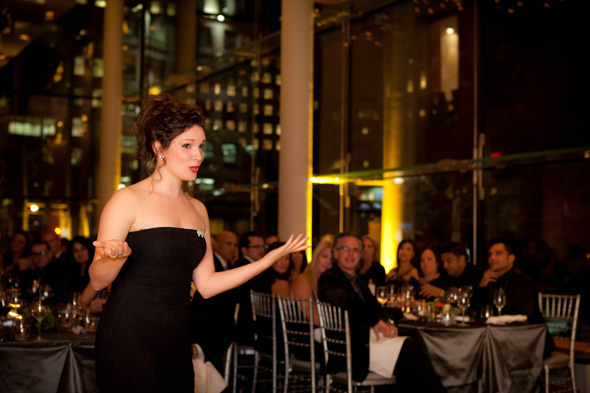 There isn't much to say about Operanation other than you get what you pay for - and the getting is good. It isn't Powerball, so I wasn't forced to discuss the latest Paul Butler piece or indulge in other mindless art chat; no one knows anything about opera, and no one's talking about it either, unless you want me to tell you that the tattoo on my arm is from the aria "La mamma morta" in Andrea ChĂŠnier. See, no one wants to hear that pretentious crap.

I can't speak for previous installments, but this year's performing arts-to-do was part fashion, part society, and part hipster. For every Louboutin, there was a kid in a leather jacket, or a girl in a blazer with only a bra underneath in clogs. Oh wait, maybe this is just like Powerball after all. Who cares, though?

Rufus Wainwright was up first, to entertain the milder crowd still hanging around
from the earlier, very VIP dinner. He played a stripped down (and too short) set,
just a boy and his piano. Next up, Austra, who performed with two rising opera stars from the COC's Ensemble Studio. It was probably the most interesting thing I've seen all week.

Considering this as your first philanthropic act next year? Here's a sampling of what you missed: 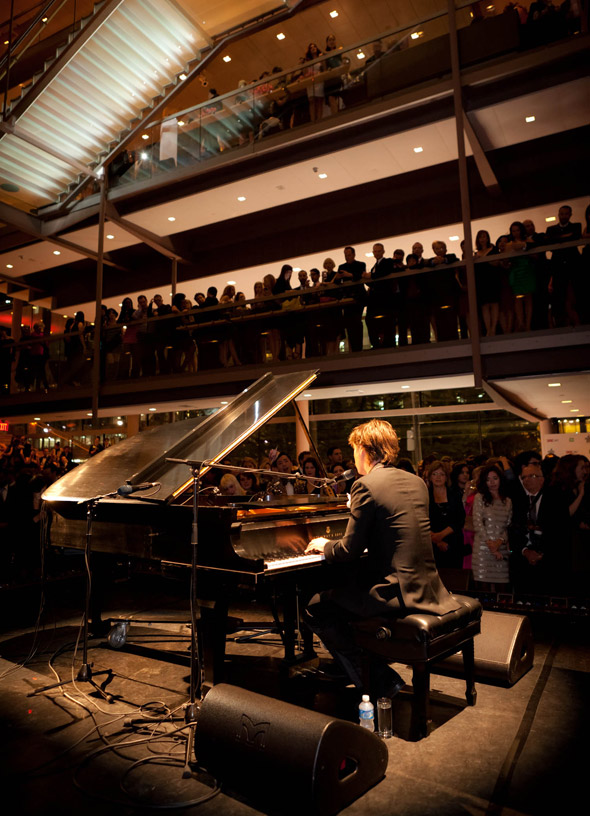