Primus fans are a funny bunch. They chant "Primus sucks" but mean it as a compliment.

If Wednesday night's show at Massey Hall was any indication, the band continues to keep its fans happy, promoting Green Naugahyde, its first studio album in 11 years. With just three musicians on stage, Primus played a three-hour set (with intermission) that kept the fans on their feet almost the entire show.

Led by bespectacled singer/bassist Les Claypool, decked out in black with a matching hat, the night was more of a funked up jam-fest party than a concert. 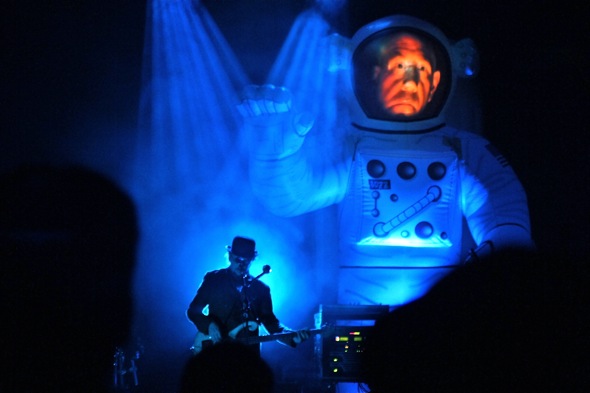 About the only time Claypool directly addressed the audience was five songs in, when he said he loves playing in Canada. "One of us is French-Canadian," he said, "but I'm not saying which one."

Then he cited some of his favourite Canadian musicians, including Stompin' Tom, Gordon Lightfoot and Rush, which got the audience on their side early on. "Joni Mitchell!" shouted one of the two dudes in front of me. "Skid Row!"

A couple songs later, they started yelling "Primus sucks!" in between songs. This is more of a longstanding inside joke among Primus fans, stemming from early interviews with the band where they're complimented on their music, but self-effacingly reply, "Ah no, we suck." 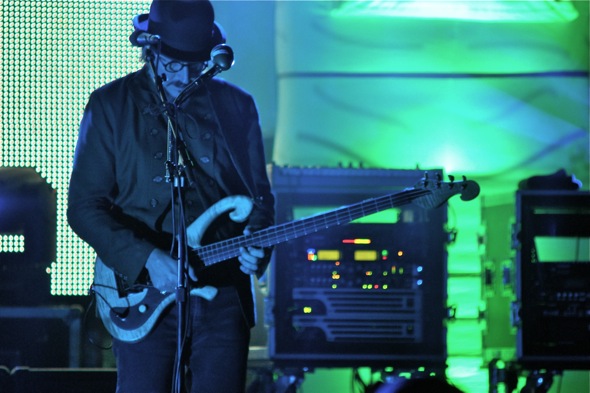 Two-storey-high inflatable astronauts flanked either side of the stage, with projections aimed at the space helmets creating images of faces that looked at times like George Bush and Jean-Luc Picard. In between them, images of '50s family life shone, alongside cartoon-like characters reminiscent of South Park â the theme of which Primus created â flashed on a screen above the stage.

It provided enough visual stimuli to compliment the other stimuli ingested by their fans throughout the show. With fans still lined up 20-deep at the bar after the second half begun, you could tell that this crowd liked to party. Well, that and the wafts of weed I was treated to.

Primus even sells band-branded rolling papers at their merch table, amongst the t-shirts, stickers, posters, CDs and vinyl. "You love vinyl here in Canada," said the guy at the merch table. "We don't sell vinyl like this in the States."

The silkscreened posters, designed by pen-and-ink poster artist Alan Forbes, were popular too. They had 150 already sold out (at $30 each) at intermission. And only two left (out of 10) of the autographed posters, which went for $100. "The proceeds were to go to Claypool's nephew who has leukemia." 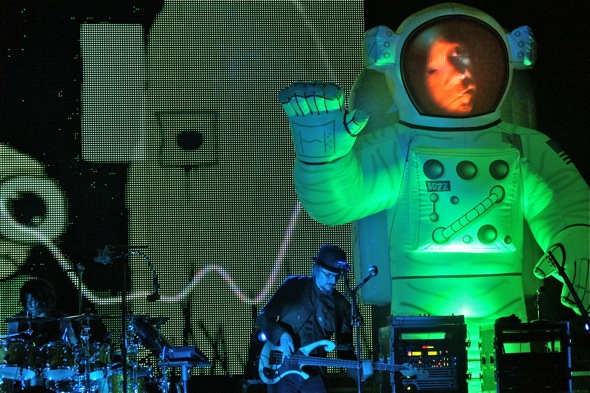 Primus ended their show with one of their more popular tunes (and equally amusing video) in the form of 1995's Winona's Big, Brown Beaver. I was somewhat disappointed that I didn't get to hear Mr. Krinkle, the video of which I absolutely adore. But I did get to see Claypool in a funny pig mask.