Call and Response: The Barr Brothers

The Barr Brothers are Montreal based outfit made up of brothers Andrew and Brad Barr, Sarah Page and Andres Vial. They'll be making a Toronto stop at the Drake this Wednesday, so I chatted with Brad over the phone while he and the band made the trip westward on the 401.

Can you explain how you and your brother ended up in Montreal?

It was a combination of different elements coming together. We had been touring with The Slip for a number of years, and every time we came to Montreal we got the feeling that it was a great city; there was something refreshing about the neighbourhoods and how people were enjoying themselves.

In 2003, The Slip was playing a show at Le Swimming. During the last song, a fire started in the backstage area (a cigarette in the trash started the fire). After getting out of the club, my brother started talking to one of the waitresses, whom he had offered her his coat. She had stuck in his mind. The next time we came through, he called Le Swimming to track her down and ask her out to a cup of coffee. It was her first day back at work after a six month layover and she was the one that had answered the phone. (The waitress, Meghan, ended up being the reason Andrew Barr, Brad's brother, moved to Montreal).

Your brother had obvious reasons for moving to Montreal, but what were the reasons that informed your decision to move to Montreal?

Well, it made sense to be where he was -- after all, we had always been together. I had just split with my girlfriend of seven years and The Slip had decided to take a break. I was also really ready to get out of Boston. It's a great town, don't get me wrong, but it's a transient place. There's really no sense of community or neighborhood. We had some great jam sessions in Boston, but I was ready for something new after living there for almost ten years. 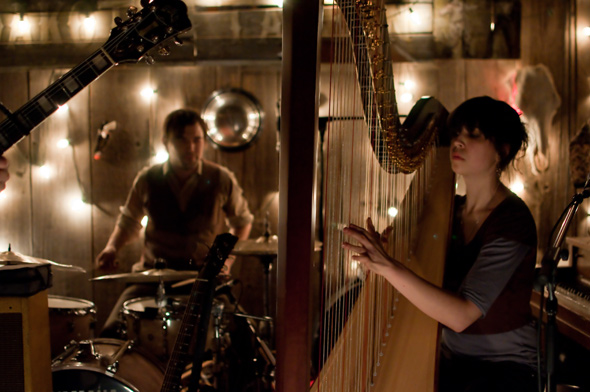 For a lot of people, Montreal is a great city, but I imagine it was still difficult for you to have left your life in the States and start fresh in Canada, especially with the partial language barrier. What was the process of adjusting to a new life in a new city like? And how did that process -- if at all -- inform your songwriting with this band?

It was definitely an unstable time in my life -- at least the first year. It was hard to try and find my place in Montreal. As for the language, you eventually find English speaking people. It definitely took a little a while, though. It had also been a while since I had been that far away from any known scenario. As for the music that I wrote during that period, the songs lyrically accentuated the instability and journey of trying to make sense of the elements that are presented in the city like Montreal: The city, the people, and the characters. I was really aware that was something I needed to do -- to stir up the pot, as it were.

Was Sarah (the band's harp player) one of the first friends you made in the city?

Yeah, Sarah was my first neighbour. She, along with her then boyfriend, Simon Angell (Angell is a part of Patrick Watson's band), really helped me get comfortable. They introduced me to a lot of great people. I was mystified by her at first. I heard her play her harp daily through my bedroom wall. A lot of ideas that would inform this band were formed just by listening and imaging what it would be like to play with her. After six months I finally introduced myself musically to her and presented her some of my songs. She digested them very quickly. She understood the timber, where I was coming from and the possibilities each song promised. 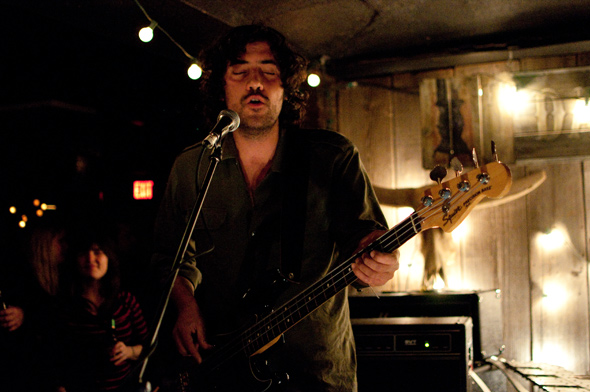 I've always wondered if certain places come with a certain sound? For instance, it makes sense to me that a "progressive" band like The Slip came from Boston -- the Berklee connection and all. So has the musical scene in Montreal in any way informed the music that you've written for the Barr Brothers?

It's hard to say, honestly. This group is born out of the few close friendships that I made here. I see it more as hybrid. Obviously, when you zoom out you can see how historically certain places have become associated with certain sounds; for example, Detroit and Motown. But I don't know if we're helping define Montreal's scene, or if we're being defined by it. We do feel a great kinship with people like Patrick Watson, Plants and Animals, and Timber Timbre. I think we bring something that you can sit and really listen to, and that we have elements that make us genuinely unique.

What took you so long to record your debut album?

Initially, we weren't trying to start a band. That said, I'm really proud of the songs that made it to the album, and I always knew they deserved some kind of environment to be appreciated in. We went on a west coast tour with The Low Anthem and Timber Timbre. We decided we needed something to sell on tour, something that people would remember us by.

It also took a while to learn how to record in the studio that we built. After all, a question like, "How are we going to record a harp and drums?" is an important question to ask and answer. 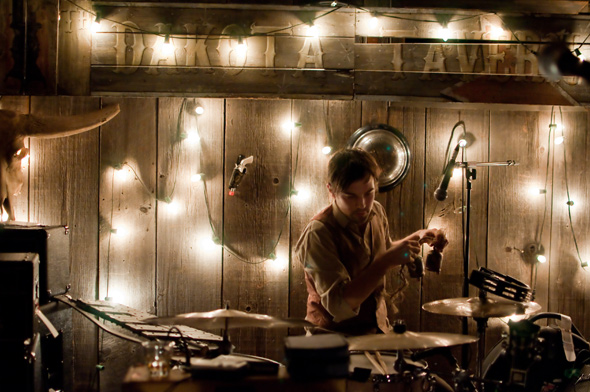 You released a rather comedic video about the trials of trying to get signed to a label. Was that video informed by your experiences with this band and record in particular?

The video is definitely about this band. We started to get great responses to our music, and we thought our music deserved a more expansive release. We proceeded down to SXSW and did a showcase in New York City. But we didn't get any interest form labels. After about a year of putting our music out there and not getting any response, we decided to release the record ourselves. The video you can see now on Youtube was meant to help kick start the fundraising process. The video is obviously a commentary on the state of the music industry; labels are more and more reluctant to sign bands. However, right when we finished the video and we were ready to put out our record, Secret City came and we decided to sign with them. It was a funny video, so we decided to release it anyway.

Finally, are you excited to be coming back to Toronto and playing at the Drake? And what can people expect from your performance?

This will be my first time at the Drake. Well, actually I've been to the cafe part at the front before. A lot of my friends have said what a great place it is. I'm always excited to play a new room, and I genuinely love touring with this band. As for what people can expect, I think you will see lot of wonder in people's expressions when they see the band play. We play a lot of strange instruments. We really try to give people a new experience with the things that they're probably already familiar with.