Walking into Soundscapes Tuesday night I managed to squeeze my way to the front with the all agers. Tiny colourful bells could be seen scattered between mic stands draped with rainbow ribbons. As an ongoing rotating collective, Bruce Peninsula had nine members for the night. Celebrating the release of their second album Open Flames, the band was about to set sail on their east coast tour, leaving today. The room was packed with about 50 or more fans, anxiously awaiting their set. BP had a no nonsense jeans and t-shirt look that gave off an approachable demeanor. But nothing could quite prepare for the vocal fury we were about to witness. 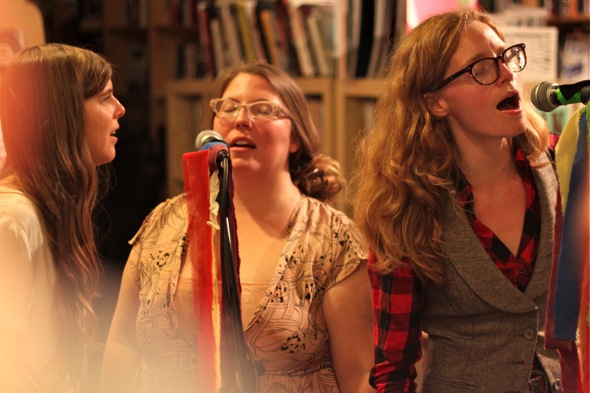 The ample sound filled up the tiny record store and billowed out onto the street, with a PA system loud enough to bring on a decent case of Tinnitus. As a sweet make shift venue, Soundscapes has a modest stage-less set-up and no official capacity. They simply take people until they can't take no more. The audience was respectful and a little shy being in such close proximity to the band. 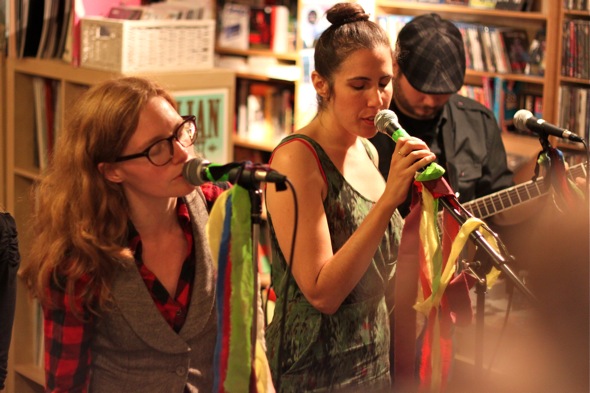 Bruce Peninsula had a force about them that stirred up an energy with the rise and fall of each building chorus. Opening with Or So I Dreamed, Misha Bower and Daniela Gesundheit of Snowblink traded off verses on different spectrums of the octave. Neil Haverty held the presence of a real storyteller with lyrics touching on themes of nature to the devil. But what was most mesmerizing was the bands' complex layering of vocal harmonies. It seems the band has grown from genre-less to many different flavours of genres from folk to bluegrass and even a touch of country at times, but always with the main ingredient of American Gospel. 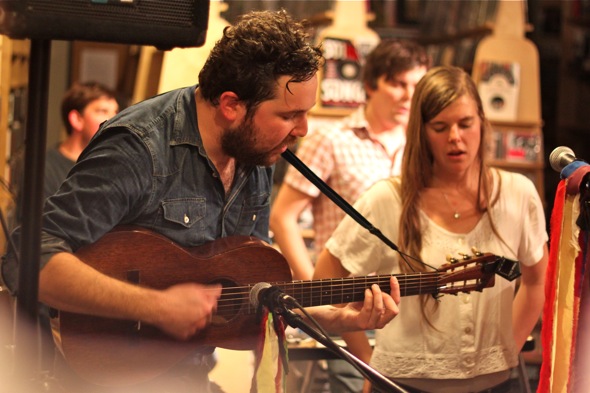 After the show I managed to find a moment to chat up Matt Cully. I asked him how, in light of the past year's events (Neil Haverty's battle with Acute Promeolycitic Leukemia) that resulted in the delay of Open Flames, it felt to finally release the record. "It feels amazing," he explained. "We got some distance from being so inside the songs that now we can be fans of the songs and not be so self-(deprecating)." He went on to explain that they worry less whether the songs are good now that they've had some time. As a new fan and someone blown away by the material on Open Flames, I could vouch. The songs were good. Damn good. 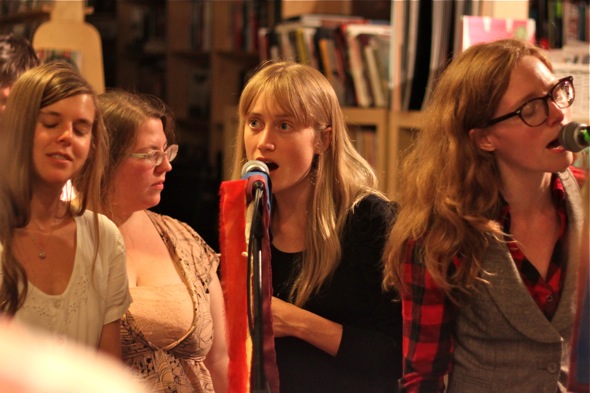 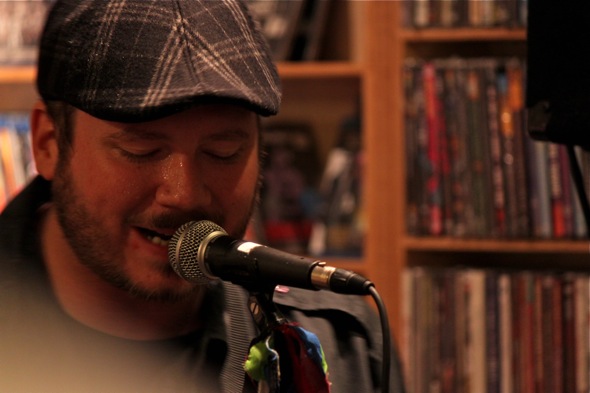