Below, read lead vocalist/guitarist Raphaelle Standell-Preston's answers to my set of questions.

Why do you think Native Speaker stands out among other albums from Canadian musicians this year?

Hehehe, does it? Like a deer that has dashed from the trees standing wide eyed in the middle of the road, cars swerving to miss it, those on the side of the road, admiring its soft coat, its perked ears. I am not sure. We don't really think about our album in that way!

What was going through your mind when N.S. was selected for the long list? And then when it reached the short list?

How would you describe the initial impulse that led to the making of this album? What is the central feeling or spirit behind N.S.?

It's hard to pin down the initial impulse, as we had been wanting to record an album long before we actually recorded it. Perhaps it was when we realized that we had seven VERY long songs, that we decided to really start recording the record. Making the record started when we first began writing collectively as a band, as the composing of the songs stretch back as early as the summer of 2008. So to directly answer your question and not do a ring-around-the-rosie, the initial impulse that led to the MAKING of this album was the urge to write collectively as a band. I hope that makes sense. Urg. Hard question.

What sorts of things come up when you listen to this record? And which track from this LP should people (who have never heard of you before) listen to - a track you feel represents the album as whole?

When I listen to it I hear the process of, (this may sound very corny and clichĂŠ, but clichĂŠs are truths my friends!) boys becoming men and girls becoming women. I hear a coming of age. I hear working through a lot of insecurities. I hear accepting gray, not black and white. I hear a lot of time, effort and devotion to each other and to furthering our understanding of art and music. I hear a lot more things, but I feel that this already sounds a bit like poetry, so I am to stop now before someone says, "wait a minute, I don't read poetry," and then stops reading this! None of the tracks represent the album as a whole; it is all the tracks that make the album. Perhaps I would choose the song "Native Speaker" as the album is called Native Speaker, and I for one would not understand if someone told me that "Lemonade" represents the album, for lemonade is just a drink that cools the throat through bitter heat.

Can you describe the process of making the LP? What were some of the things you learned while making this record and at what point during the process did you realize you were making an LP that was going to be intriguing enough to get this kind of recognition?

The process was very long and intense. Many, many, many different emotions were experienced through the making and writing of this album. It is hard to explain 3-4 years of your life in a sentence. That is what the process was - living our lives from 2008-2011 while recording a record. There was not a point during the process that we suddenly felt we were making an LP that was intriguing, or an album that would receive recognition. We don't really think about music like that. I don't know how else to explain it. We were just making music. We'll never think about that; it will rot your heart and melt your brain, and all that's left is acid rain. 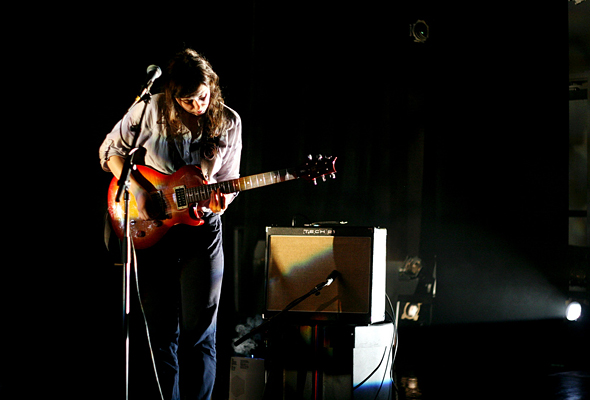 Which album in the short list would you partner N.S. up with and why?

I don't know what you mean by partner up, but I like Colin Stetson's record (New History Warfare Vol. 2: Judges). I don't know why.

Aside from your own record, which album from the short list did you enjoy listening to the most and why?

Colin Stetson's record because to me, it holds the most truth, and I felt that this record was made because music is beautiful, not because he wanted to be perceived as anything or make a point outside of his music. There are no trends followed here, it is only music, and not only in a belittling sense, but only in a purist sense, that it is only music, not trend, not deadline, only music. Not a name, not an image. His album is notes and feeling. I think I need to go eat dinner, I feel like maybe I am getting a little hippy on ya-ass.

Check the Braids website for information about upcoming shows and news about the band. You can purchase their LP Native Speaker at the band's online store.

Photo of Braids by SeattleDisconnect (first) and Allison Seto (second)