Farewell tours have become something of a running joke, mostly thanks to bands like The Who that seemed to spend their last long decade leaving and coming back at regular intervals. When Glen Campbell arrived at the CNE Bandshell Wednesday night for a stop on his own farewell tour, it didn't sound like a joke, as the million-selling crossover country star had announced this summer that he had Alzheimer's, and that this tour, and the album it was meant to promote, would be his farewell to the music industry he'd been part of since the late '50s.

It was all a bit sombre and elegiac on paper, but you wouldn't know it from the show, which was as light and upbeat as you'd expect from a consummate pro like Campbell. He hit the stage playing his first big hit, "Gentle On My Mind," and by the end of the show he'd run through every major chart entry of his career, from "Galveston" and "Wichita Lineman" to "Rhinestone Cowboy," "Southern Nights" and "Country Boy;" there was no personal creative agenda being pursued, and performers of Campbell's generation simply don't believe in letting the audience leave disappointed. 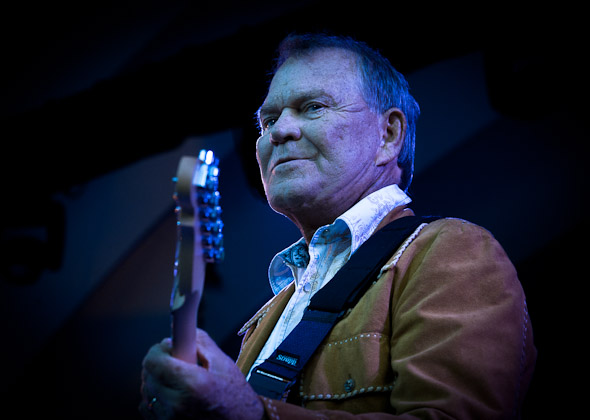 The crowd began taking their seats before noon that day, waiting in the sun and filling the Bandshell's benches by 5pm, then spilling out to the edges of the grassy space. There was a lot of white hair, needless to say, but it wasn't a senior-heavy casino crowd, and the prospect of seeing Campbell one last time for the low price of a CNE evening admission brought out a few younger faces, some of whom might have had some idea of just how hip Campbell really was, right from his earliest days as a guitar-for-hire. 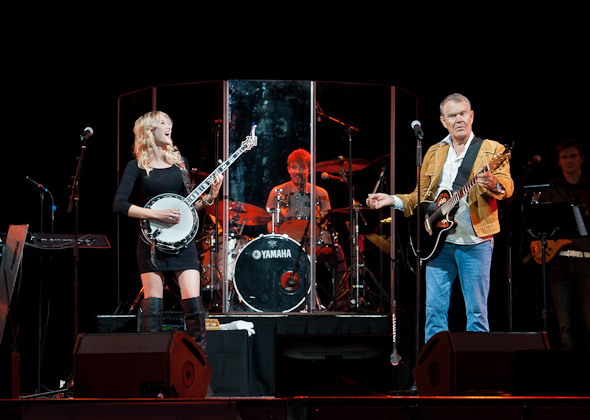 Onstage, Campbell might have occasionally seemed unclear about what he was supposed to play next, but once the song was counted in, his singing and guitar playing had a confidence that barrelled right over the odd missed lyric or flubbed note. Aware of his condition, the crowd was more than forgiving, and Campbell himself was clearly uninterested in any expression of self-pity or maudlin sentiment. 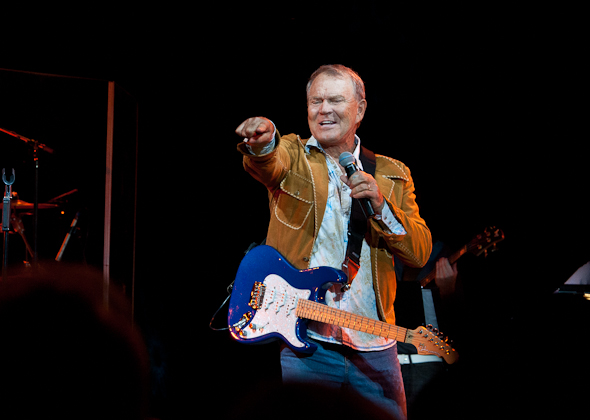 In interviews publicizing the tour and Ghost On The Canvas, his latest album, Campbell's family have allowed access to his doctor, who explained that one of the mysteries of Alzheimer's is that, while short term memory quickly suffers, the parts of the brain that affect performance - singing and playing an instrument - will continue to function normally, especially if the patient has done them for a long time. This would describe Campbell perfectly; his first big gig was playing in The Champs after their big hit "Tequila," and he went on to play in the The Wrecking Crew, the informal group of L.A. session players most famous for backing up Phil Spector's "Wall of Sound" productions. 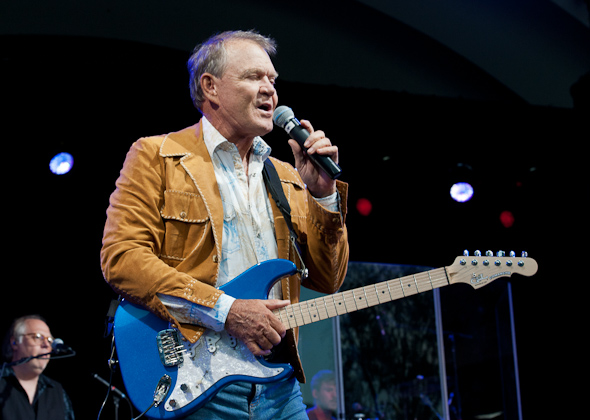 Campbell became the sixth member of the Beach Boys around the time they were gearing up to record Pet Sounds, filling in for Brian Wilson when he gave up touring with the band, and playing on the band's records. By the time he had his first hit on Capitol with "Gentle On My Mind" he was a veteran, and the next decade was probably the long highlight of his career, with a role in True Grit alongside John Wayne - he performed the movie's theme song at the CNE - as well as a hit TV variety show. 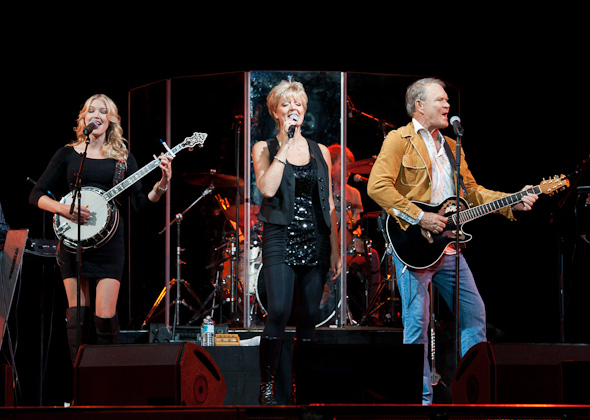 It's the hit songs written by Jimmy Webb that seem to have endured the longest, though - "Galveston," "By The Time I Get To Phoenix," "Where's The Playground, Susie?" and "Wichita Lineman," musically intricate and touched with a deep melancholy, though the fervently upbeat Campbell never let them resonate live with anything like the sadness they have on record. "Wichita Lineman" was the highlight, however, and in front of a band comprising four of his children, he played the sort of creative, adventurous guitar parts that made his name in the L.A. studios. 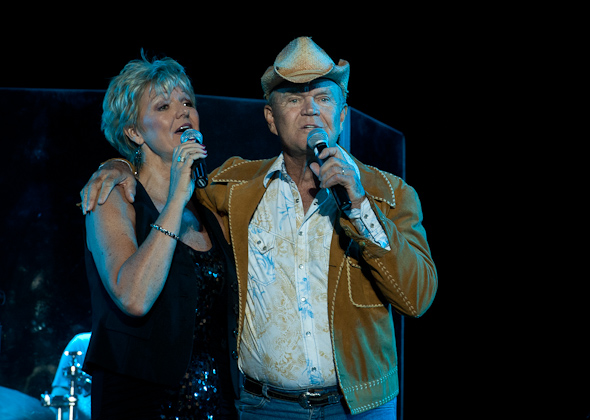 The rest of the show was taken up with mostly cover tunes, the sort of country tunes that a singer like Campbell could do in his sleep ("I Can't Stop Loving You," "Jackson," "Lovesick Blues," "Rollin' In My Sweet Baby's Arms") as well as the Righteous Brothers' "You've Lost That Loving Feeling," a tune he can claim in his repertoire better than almost anyone, since he was playing in the studio the day it was recorded. 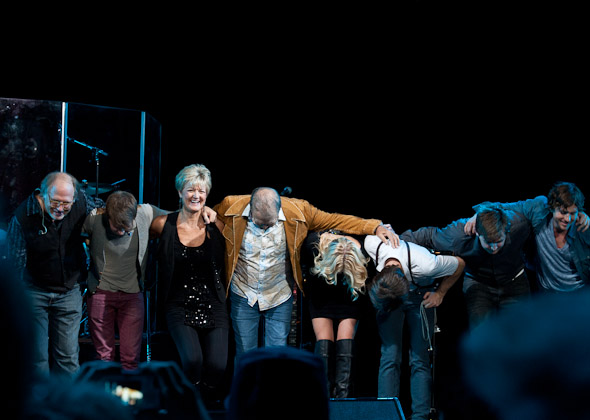 He only lightly touched on his latest record, which features performances by Billy Corgan, Chris Isaak, Dick Dale and The Dandy Warhols, and covers of songs by younger musicians like Paul Westerberg, Jakob Dylan and Robert Pollard, and which is full of foreboding references to his condition, from the title track to songs like "Strong," "There's No Me Without You" and "The Rest Is Silence." It's a pretty good record, but its generally sober, wistful tone would hardly be appropriate to the boisterous, hearty man on the stage Wednesday night, who seemed to have no interest in giving in to any talk about finales or curtain calls.