Matt Costa at the Great Hall

He might not be a modern Bob Dylan, but Matt Costa certainly did his musical predecessors proud on Friday Night. The Californian singer-songwriter came to play the Great Hall on Friday night in support of his most recent album, Mobile Chateau. 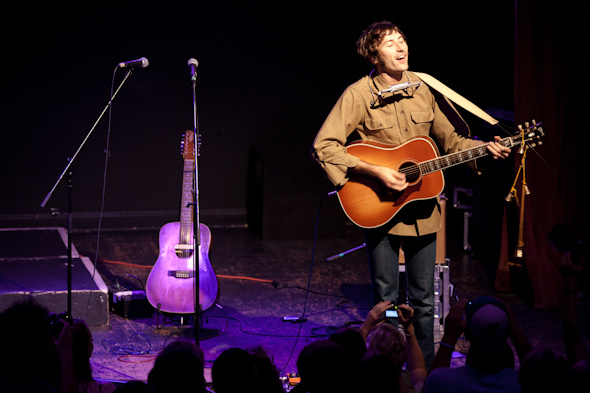 Promptly arriving at 10:15, Costa began his set with "Miss Magnolia." As Costa began the song, neither his voice nor his guitar were being amplified by the venue's PA. "Hello, is this thing on?" asked Costa. Undeterred, however, by the uncooperative microphone, Costa moved away from the centre of the stage and began to sing the lyrics to the song as loud as he could. Eventually he made his way back to the microphone, and whatever problems were previously plaguing the soundsystem disappeared. Something about that moment suggested that the audience was in for a special night. Unfortunately, other factors would conspire to blemish the otherwise flawless night. 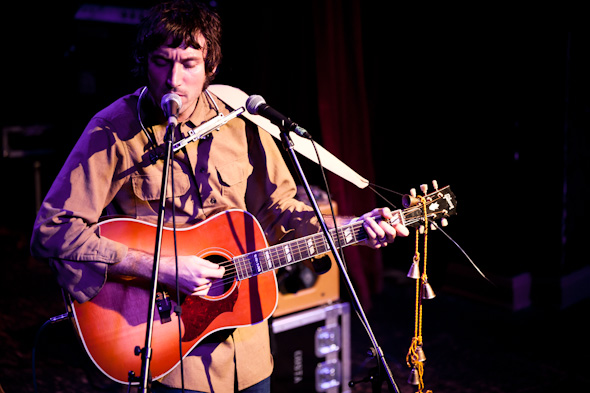 The combination of a perfect setting and Costa's ernest songwriting almost transported me to a bygone musical era. Almost, that is, until someone in the audience decided to yell at Costa, "Take your shirt off!" This comment would have been fine had it been a one-off occurrence, but that same person bombarded Costa throughout the night with similarly inane comments. Costa, for his part, didn't miss a beat, and he wisely didn't encourage the person by responding to anything he yelled out at him. Still, I couldn't help but feel that a potentially special night was lost as a result of this one person. 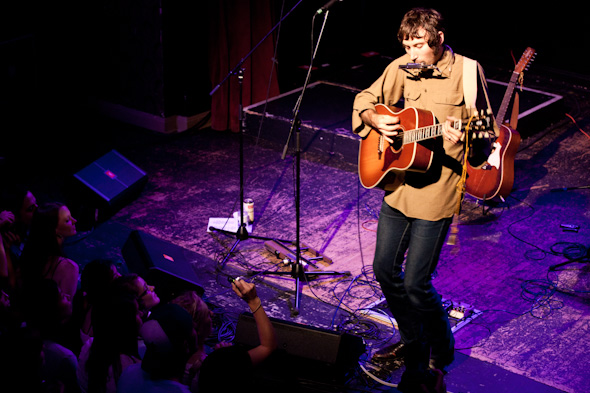 Before playing "Mr Pitiful," Costa asked for "a lady in red" to join him on stage. The lady he was referring to ended up being his wife, Casey Costa, and together they sang "Miracle Drug" and "Whisky and Wine." Some of the audience seemed to be disappointed to find out that Costa had recently become married, but his partner's voice proved to be an effective foil to his sentimental croon. And while Costa had no problem commanding the Great Hall's stage, it was nonetheless wonderful to see him share it with someone, especially someone who obviously has a lot of significance in his life; hopefully the two collaborate on more songs in the future. After his wife left his side, Costa played "Sunshine," a song that the audience had been clamouring for throughout the show. 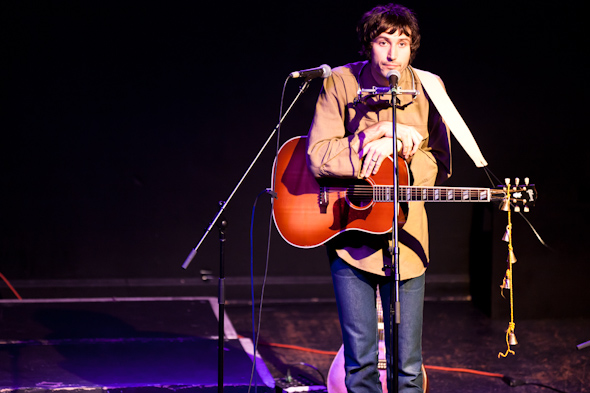 Towards the end of Costa's set, the audience started to thin out, with a lot deciding not to stay for the encore. I think this had more to do with the concert's length than its quality -- all told, Costa played for almost two hours. It's a shame, however, since Costa played some of his best known songs like "Cold December" toward the end. Those smart and patient fans that did wait, though, were treated to the ultimate payoff of hearing their favourite songs.