Handsome Furs bring the heat to the Horseshoe Tavern

Husband and wife duo Dan Boeckner and Alexei Perry, otherwise known as the Handsome Furs, played the second of two shows at the Horseshoe Tavern on Tuesday night. They were joined by fellow Montreal band Parlovr (pronounced "parlour"). Both bands managed to make an already hot Horseshoe even hotter.

That Parlovr found themselves touring with Handsome Furs -- and, more specifically, Dan Boeckner -- doesn't seem like an accident. One of their songs, "Hell, Heaven," had a guitar part that made the song instantly memorable, though it was reminiscent of something Boeckner might have penned while he was still sharing songwriting duties with Spencer Krug in Wolf Parade. Of course, that's not necessarily a knock against the band. In fact, I really enjoyed their set, and judging from the rest of the crowd's reaction to the band, Parlovr probably made a lot of new fans. 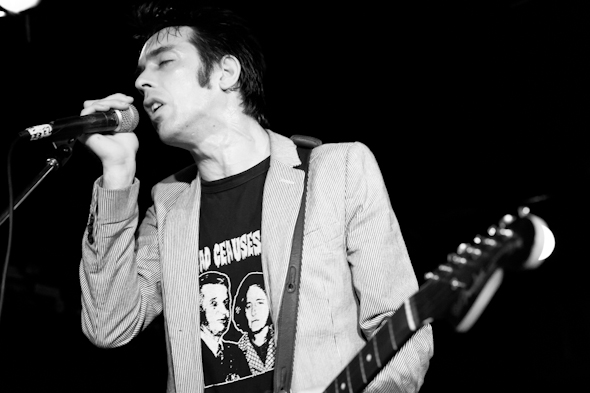 After a blissfully short setup and soundcheck, Boeckner and Perry went for a "cigarette break" before quickly returning to launch into an opening salvo of "When I Get Back" and "Cheap Music." Boeckner then dedicated "Memories of the Future," the third song in the band's set, to the government of the United States. He went on to compare the States' debt celling crisis to two parents fighting over a six pack of beer while the house they're currently in is on fire. Certainly not the metaphor I would have used, but perhaps someone should Boeckner on as a political commentator. 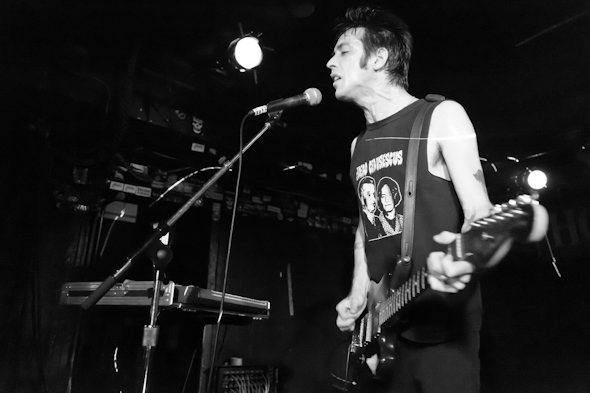 The band has stated in past interviews that their two most recent albums, Face Control and Sound Kaptial, were inspired by their travels to East Europe and Asia, and particularly the club scene in countries like Russia. Well, it seems that the duo has taken to heart the lessons they've learned visiting Eastern European clubs, since the music they delivered on Tuesday night was vicious and authoritative. Freed from Sound Kapital's somewhat middling and oppressive production, the band's newest selection of songs started to soar. Boeckner looked like an absolute menace with his Fender Jazzmaster, and Perry played her synths with authority. Well, with as much as authority as one can have playing the synths. The two could, however, take a page from The Kills and share the stage in more interesting ways.

The band played their best towards the end of their set when they played the trifecta of "Repatriated," "Radio Kalingrad" and a song Boeckner introduced as "Fuck the Police." No, sadly the band did not play a cover of N.W.A's trademark song. Instead, they played Sound Kapital highlight "Serve the People." This was the last song in their initial set and the song that they delivered with the most energy. 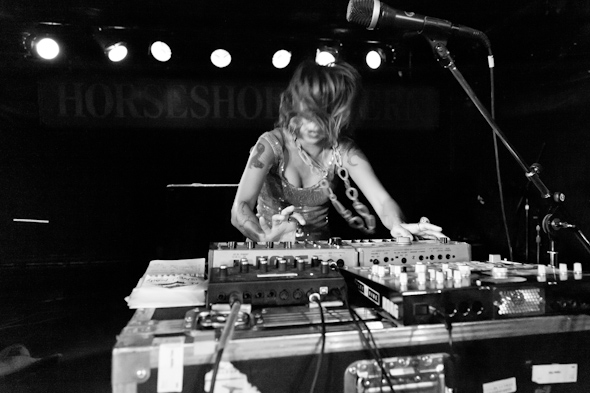 After a short two song encore, the band left to play what they described as "African Techno" at the Gladstone Hotel. For my friend and I, however, it was time to call it a night, but something about leaving the sauna that had become the Horseshoe made me appreciate the cool, beautiful summer night that was unfolding in Toronto. 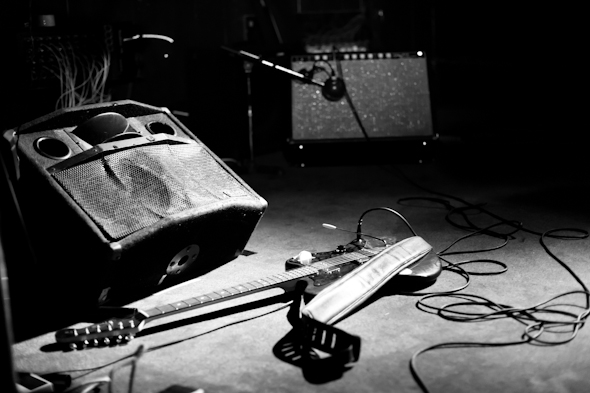