The Weather Station is the solo project of Bruce Peninsula member Tamara Lindeman. And her newest LP All Of It Was Mine, in comparison to her debut LP The Line, turns inward, seeming more concerned about closeness and intimacy.

Lindeman embraces a stripped-down nature: a finger-picked acoustic guitar or banjo responsive to her poetic words and voice - never forced, but always natural. All Of It Was Mine's sombre and vulnerable air reflects the production of the record in the cold basement of friend and producer Daniel Romano's Welland, Ontario home during the winter. Yet there's a softness and warmth to the LP, as Lindeman draws you near with the slow-burning passion in her voice, making audible the thing you need to hear.

In our interview, Lindeman talks about the LP's creation and simple and intricate things she sings and share on it.

Landscape, location and movement seemed very prominent on your debut LP. How would you describe your second LP, All Of It Was Mine? And what's the biggest difference between your new record and The Line?

So many differences - but this is one of the fundamental ones. All Of It Was Mine is in every way, small, intimate, contained - in sound, in story. Even in imagery it never even leaves my house and street. And that is the point.

You've hit upon a fundamental difference between the two; indeed to me there are more differences than similarities between the two records I think. The ways in which they were made too, The Line through recording and learning song-writing after the fact, a four-year painstaking process, a soundscape rather than a record; Mine being a performance, captured in a couple days, with help from friends, words rather than sound, music rather than idea.

Your video for "Everything I Saw", where you perform in front of two to three of your friends, seems to hint at something natural and simple about your new LP - the image of a small gathering, intimacy, friendships. What sorts of things anchor your LP and hold it together?

How lovely to hear. An astute observation. It is certainly an anchored record, tied down firmly to the real world, objects, people, plants. Through these obvious and physical things all is expressed. And it is fitting that it was made by friends, as though from a firm and settled place, the songs were safe to float where they will.

"All of it was mine" is taken from your first single, "Everything I Saw". That's a very assured and definite line. Why did you go with this lyric as the title for your LP?

Well it was Dan's title for the record, certainly the most immediately obvious one, as that first song truly sets the tone and sums up the record in many ways. Indeed the record could be called "All Of It Is Mine", as in the song, for the record is in some ways about having things, a wealth of them, solid things that may never disappear. However, the way one views them changes, and therein lies the loss. I think too there's a wistful matter of factness in that title too - gone - and no matter. There is this lovely record. 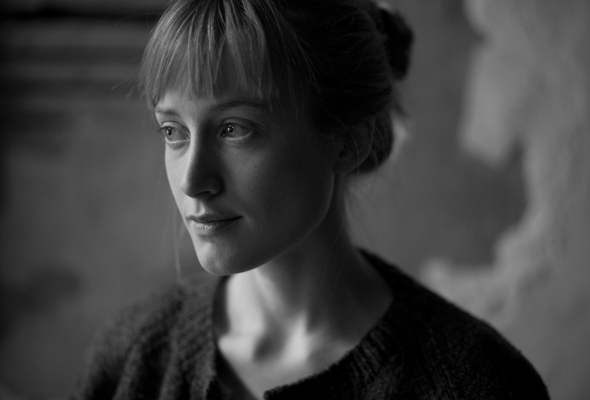 Can you talk a little bit about some of the people you collaborated with in this album and also what the process was like creating the record?

Daniel Romano is a musician and producer who leads with the heart and therefore can do no wrong, who plays everything with unbelievable style and guts, a man of experience who is always starting over, an ever-shifting and speedy soft-spoken force of nature who shakes until the best falls out of the musician opposite him.

Misha Bower is and always has been the best singer I know, her voice as ever rich, low, and bottomless, anchoring the record, bringing her wisdom and patience to the proceedings.

Making the record was easy, calm in a time of turmoil. It was Christmas. I would sometimes abandon my family to drive the snowy miles to Welland and sit down in the unheated basement playing a heavy stringed Kalamazoo or watch Dan tangle with some malfunctioning piece of equipment. From time to time we were called up for pasta suppers with the Romano family, even the Bowers too at one point, luckily, because otherwise everybody would have forgotten to eat. For me it was a rather over-the-top life-changing experience, a time in which I learned for the first time how to play music with other people, how to write a song, for that matter how to play music and not just make it, there being a difference... but I'll leave it there and just mention we played pool at the Rex Hotel.

The Weather Station always sounds honest and kind, like hope could carry you over the heavy conflicts that lurk beneath the gentleness you hear. Where do you draw this toughness from?

I had no idea it sounded that way. That is incredibly kind. I often feel something of an asshole singing these songs, the ones on the previous record too...

One thing I do like about this record, though Dan helped lead me to it, is being gentle and kind in sound, so the record is generous with itself, kind to the listener, even as something dark is expressed. At the time, this seemed to me to be the most radical thing one could do - to make such gentle music.

You have a busy schedule ahead of you with the release of your new LP and also the release of the new Bruce Peninsula album. How do you plan to balance it all out? How else (outside of music) do you keep busy?

It is such a good trouble to have, the best kind. Luckily we are touring together in October so that is helpful. Outside of music? I don't know how I spend my time. Seems there is always music to be played, written, dealt with, or witnessed. I really do genuinely like gardening and plants as much as my record suggests, so there is that too.

What can the folks coming to your CD Release Show expect that night?

EONS telling tales of distant thought and wild emotional expanse, Misha and Matt (Cully) singing together like the good friends and collaborators they are, Andrew Barker gliding above as always with the lapsteel. Dan Romano singing his songs slower than he records them, so each word sits separate from the others, and you're forced to listen, with Misha as ever singing at his side.

Myself playing with Dan and Misha for the first time, a reunion, a surprise, and hopefully something beautiful.