Sia sings goodbye at the Phoenix

With her quirky personality and strong, ranging vocals, Sia Furler's recent Toronto stop made for an entertaining night for her loyal fans. The fact that it's her last tour only added to the importance and intrigue of the set.

Originally I planned on covering Sia's opener Oh Land (Check her out!) but I decided to cover Sia instead because, due to illness, this could very well be the last time to see her perform live. Last summer she was diagnosed with Graves' disease, and after months of recovery decided to redirect her musical career towards writing songs for other pop stars. 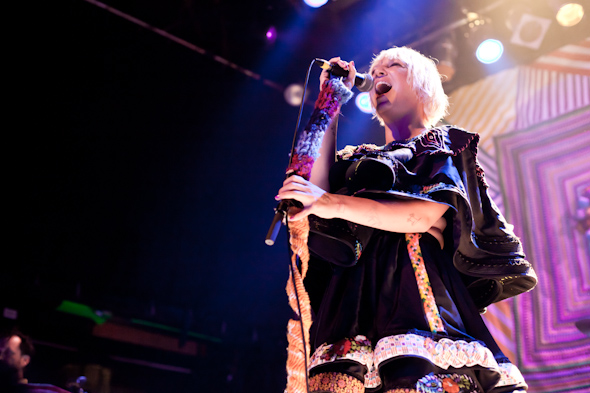 Before Sia and her backing band even hit the stage, I knew it was going to be interesting simply based on the way she had redecorated the Phoenix's stage. The area looked as if someone's grandmother had knitted a colourful pattern to encase it. Even her backing band had the same design and colour scheme as the stage and backdrop. 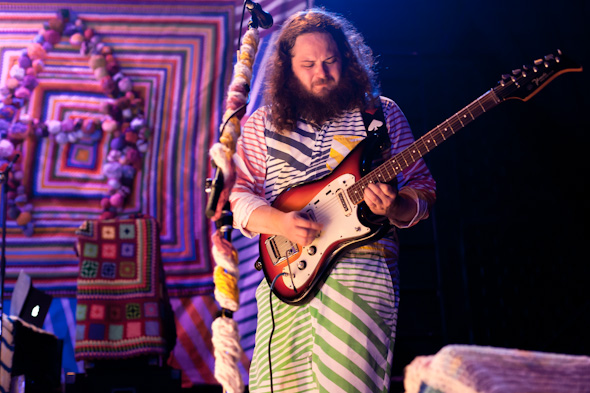 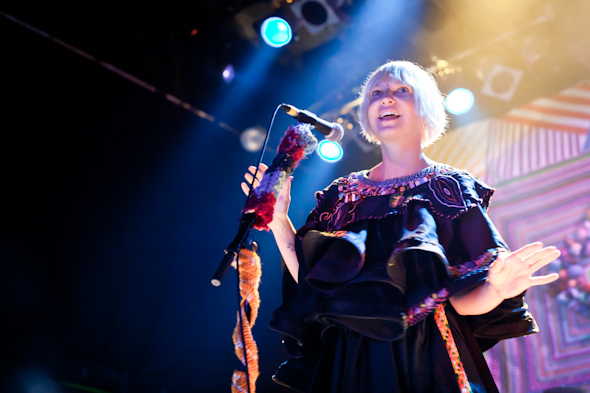 Sia entered the stage wearing a huge smile and a big black layered dress that stood out well against the rest of the set. Opening with an upbeat song, "the Fight," she immediately had the crowd enthralled by her strong vocals and charismatic stage presence.

Throughout the set she was particularly interactive with the crowd. Early on she called out to a man bearing flowers and, after receiving them, gave the dude a kiss before playing "the Girl You Lost To Cocaine" at his request. Throughout the show she continued the banter with the crowd, but still managed to maintain smooth transitions between songs â this was some of the best audience interaction I've seen. 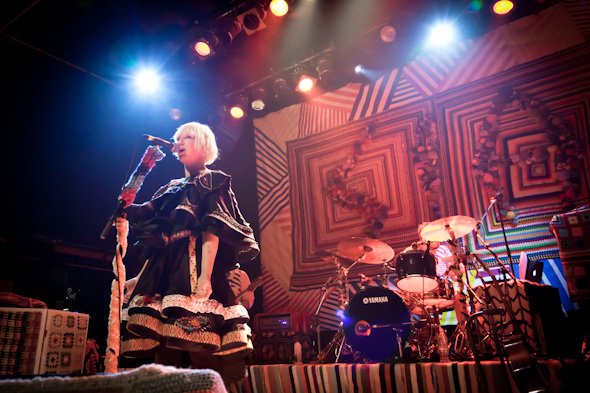 Particularly impressive was "Soon You'll be Found," partially because of her vocal performance but also due to the fact that Sia did sign language to the lyrics that made looked like a rehearsed dance. Throughout her set she seemed to play most of the crowd favourites including "Black Sandals, You Have Been Loved, You've Changed, I'm In Here," and later encoring with "Clap Your Hands," and "Breathe Me."

Although I hadn't planned on covering Sia, I left happy that I did. Now I'm just bummed that I won't get another chance to do so.