Real Estate bridge the indie-jam divide at the Garrison

There was a time not too long ago when indie rock and jam-band were generically worlds apart. The two musical realms shared a relationship much like science and religion. It was best to keep them separated to avoid conflict. For indie rockers to "out themselves" and admit they dug bands such as Phish and the Grateful Dead was a complete loss of cred, and you were hard pressed to find jam-band fans sporting skinny jeans and bad haircuts. In the middle of these two worlds, however, lies the New Jersey band Real Estate, who helped to bridge the indie-jam divide Tuesday night at the Garrison. 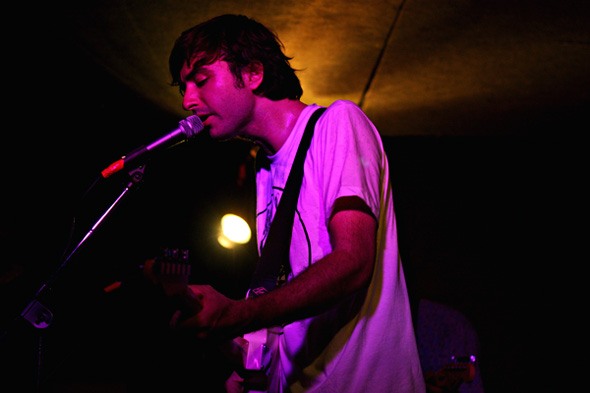 Slowly but surely other musical figures from the indie scene have been sharing their jam-band roots. Feist played with jamtronica trio The New Deal, MGMT shared stories of their first Phish shows with Pitchfork, and Lizzie Powell (of Land of Talk) enlisted Andrew Barr from the notorious avant-jammers The Slip as her new drummer. On the jam-band side of things, Phish began covering TV On The Radio and Neutral Milk Hotel, Umphrey's McGee was tackling Radiohead tunes and The Slip were paying homage to Spoon. 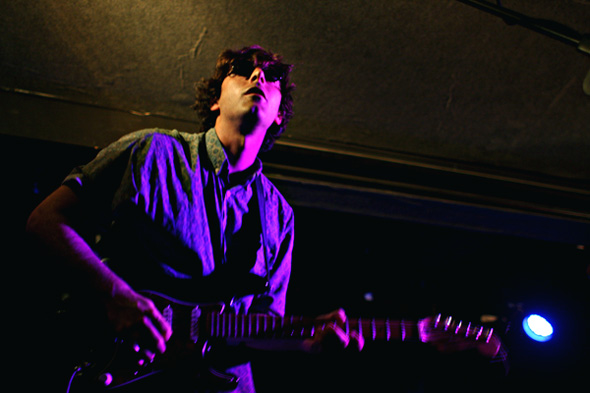 Real Estate bassist Alex Bleeker is an outspoken Phish fan. For Tuesday night's show he even encouraged fans (via Twitter) to bring their glow sticks in order to recreate the longstanding "glow stick war" tradition that takes place at Phish shows (wherein fans throw hundreds of glow sticks in the air during the peak of a jam). Real Estate's lead guitarist Matthew Mondanile leans towards the indie side of things, his most notable move was enlisting Animal Collective's Panda Bear for a collaborative song called "Killin' The Vibe" (a song which would rear its head towards the end of the show). 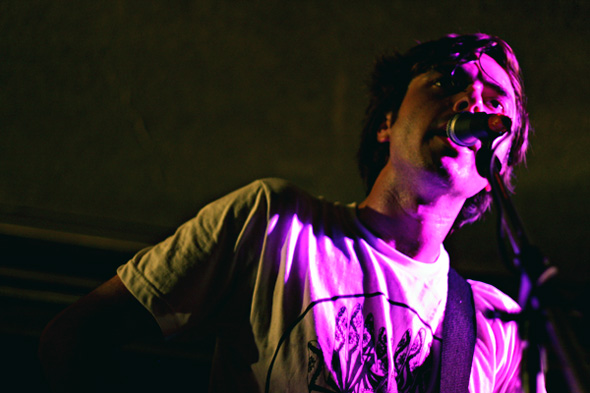 The band's heavy reliance on reverb, surf-style drum beats and hushed vocals are pulled straight from the indie rock textbook, but they lock into extended mid-song grooves akin to jam-bands. A lengthily version of "Suburban Dogs" was the perfect example of this, as the band utilized three guitars to create hypnotic rhythms. "Green River" felt especially surfy but again moved into jammier territory thanks to a smooth, extended segue into "Suburban Beverage." 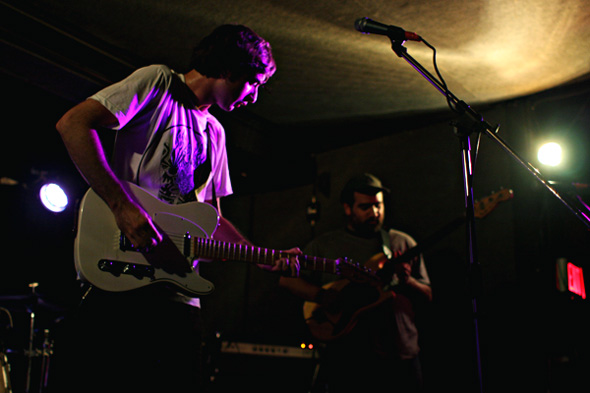 Bleeker got his glowstick war early in the night (albeit, a fairly tame one) during "Fake Blues," although many in the audience looked slightly confused as to why they were being pelted in the head by neon tubes. Bleeker however, looked quite satisfied. The new single "It's Real" off of Real Estate's upcoming album Days was short, sweet, and terribly catchy, and heads bobbed heavily during "Beach Comber," arguably the group's best known, and best-crafted tune. 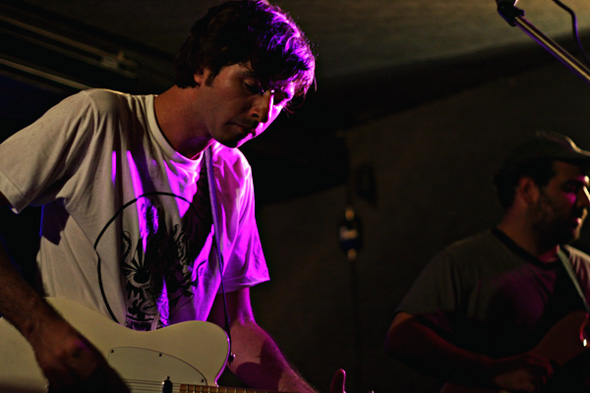 While fans asked "Where's Panda Bear?" and requested "Killin' The Vibe" during the encore, the group merely teased it (another jam-band move). They opted instead to play their own song, the slow, suburban-tinged "Black Lake," ending the show on a mellow note compared to the rest of their set. Much like the scene at the Garrison itself, which was mixed with people from both musical camps, Real Estate have somehow managed to carve out a double-niche.