After a decidedly more Punk affair the previous night at the Yonge and Dundas Square, part of NXNE 2011 continued at the square with performances by Diamond Rings, Land of Talk and Stars. After the open air concert concluded I made my way to the Supermarket in Kensington Market to check out Kidstreet and Keys N Krates. 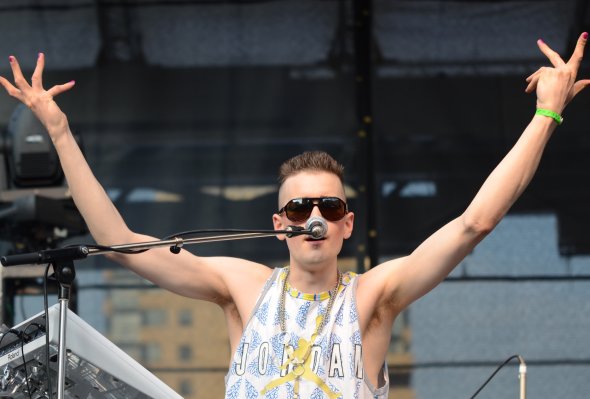 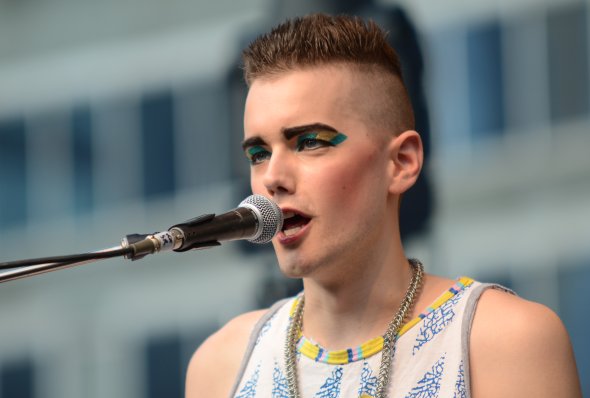 First to take the stage at Yonge and Dundas Square was John O'Regan with his solo project, Diamond Rings. What particularly impressed me about John's performance was the ease and confidence with which he filled the big stage all by himself. 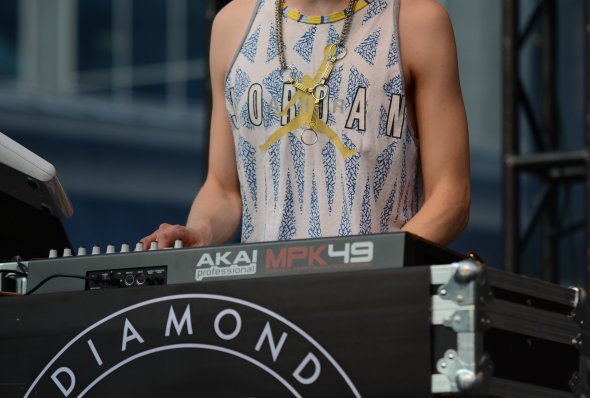 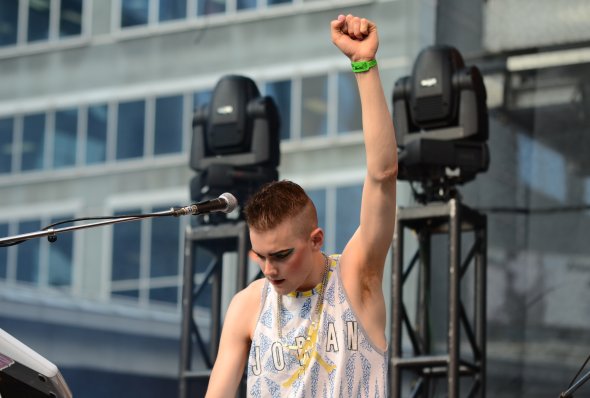 After all, it must be said that while Toronto is likely one of the more receptive cities for a cross-dressing act such as Diamond Rings, it must be also said that even in this city there is still a tendency to reject outsiders, so for O'Regan to not only take the stage as he did but to also do so alone was courageous indeed -- the genesis of Diamond Rings came when O'Regan was hospitalized for a lengthy amount of time with Crohn's disease, and he started applying makeup and changed how he dressed as a way to reassert control of his sick body. And judging from the amount of cheering after each song O'Regan probably won a lot of people over with both his music and charm. 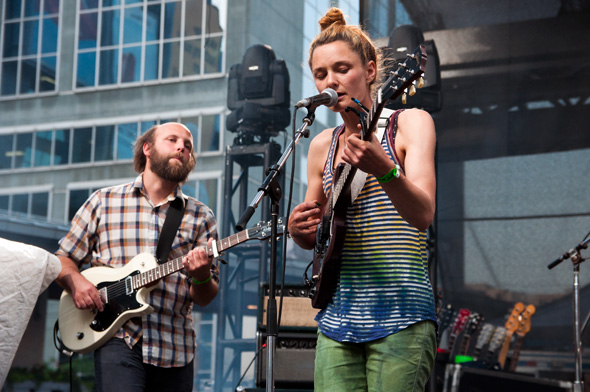 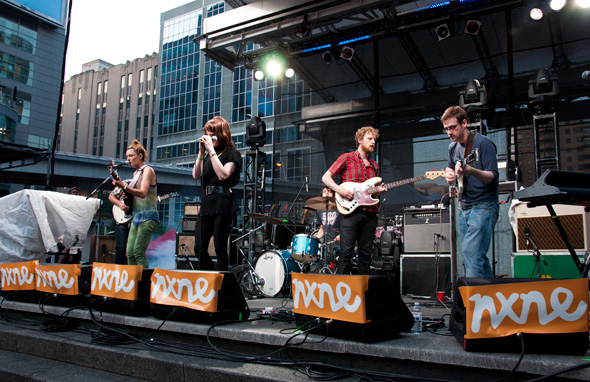 The last time I saw Land Of Talk play back in September, they were a lean trio consisting only of bass, drums and guitar. Leading lady Elizabeth Powell has since flushed out her group, adding two additional guitarists and an occasional vocalist, putting the band at six members. At the free Yonge & Dundas show, Lizzie made sure to pack her short set with Land Of Talk's heaviest hitters and best known tunes. The group opened with "Quarry Hymns" off of the now Polar Prize Longlisted album, Cloak & Cipher. It's a long tune, but the song's turns kept the crowd's attention. The rest of the brief set was rounded out nicely by fan favourites including the muscular and rhythmic "Some Are Lakes" and the slow, emotional burn of "It's Okay". Considering none of her songs feature lead guitar lines, Lizzie would probably be better off returning the band to its original trio format. 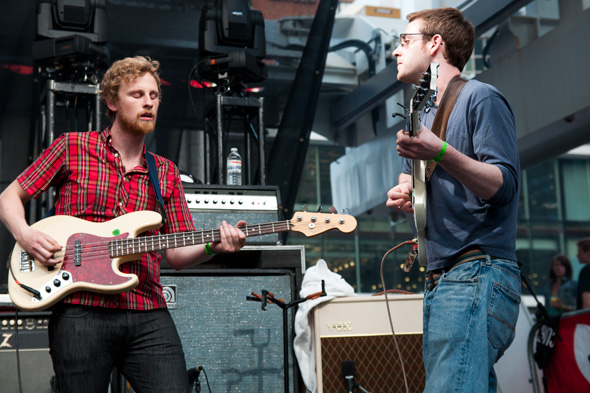 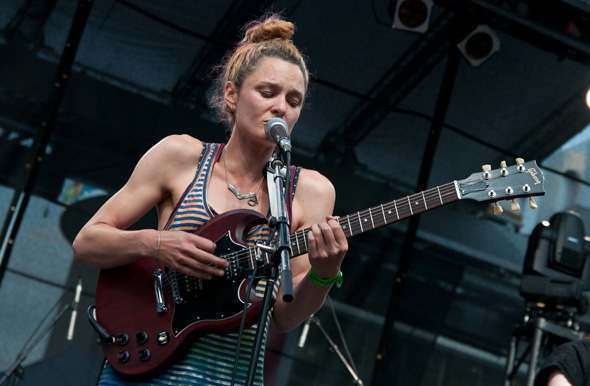 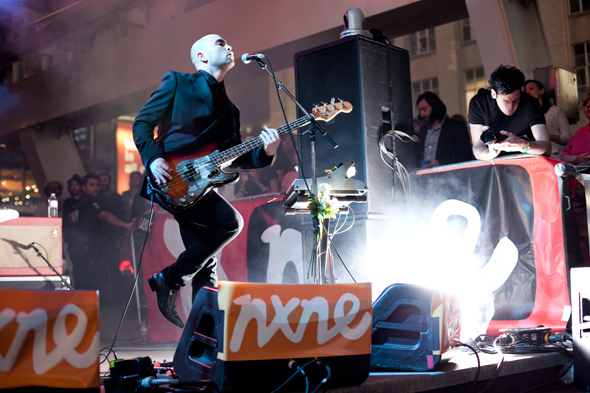 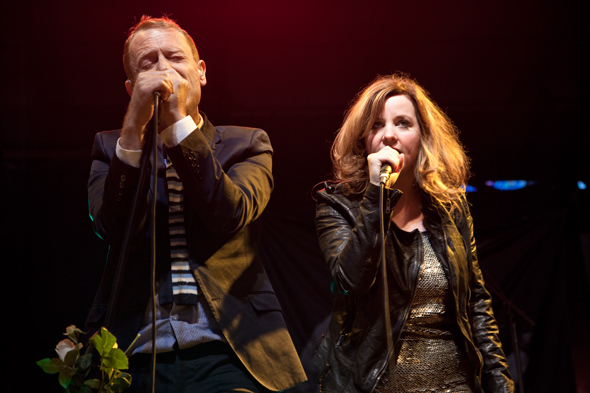 The mighty Stars took the stage at 9:30 and played a lengthy set. However, I'm probably the worst person to try and attempt write something coherent and critical about Stars since many of my most cherished memories are tied in some way to a lot of their songs. But here it goes anyway: as Stars played songs like "Take Me To The Riot," "Your Ex-Lover is Dead" and "One More Night" I became lost in quiet contemplation of relationships that have since eroded into oblivion. Sure, I was probably suffering from delusional nostalgia, and you may call me a sap, but for the short time that Stars played it was absolute bliss. 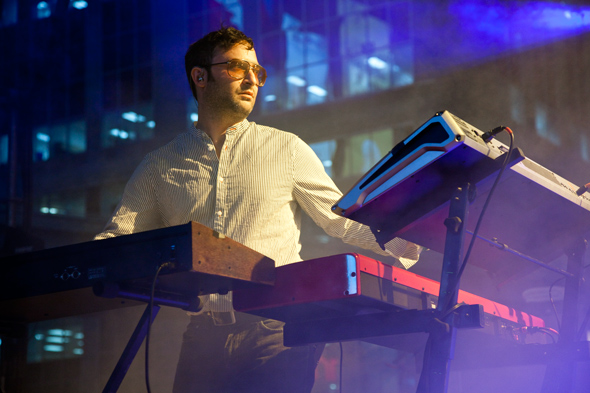 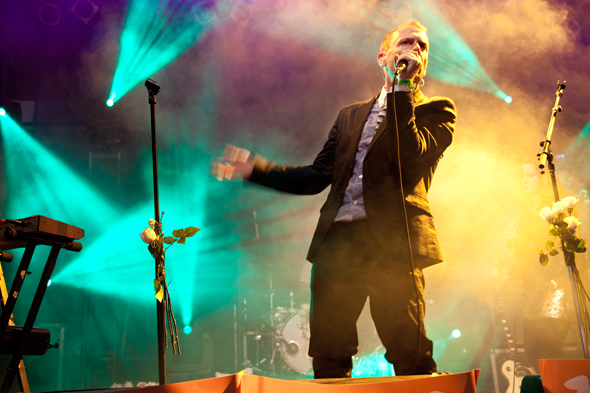 After Stars finished their encore I started to make my the Supermarket. I decided that it being a Friday it was time to listen to some more danceable music and become firmly re-rooted in the present, so I decided to check out Kidstreet and Keys N Krates. 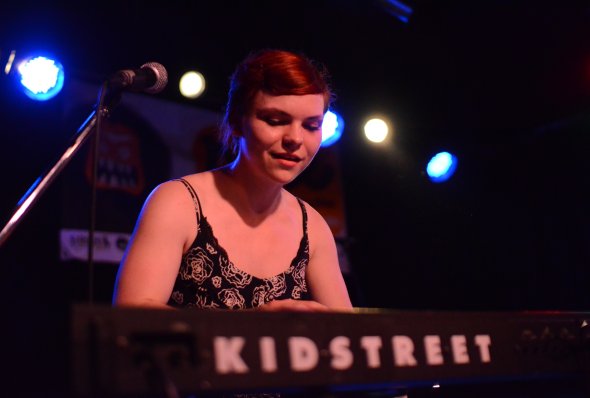 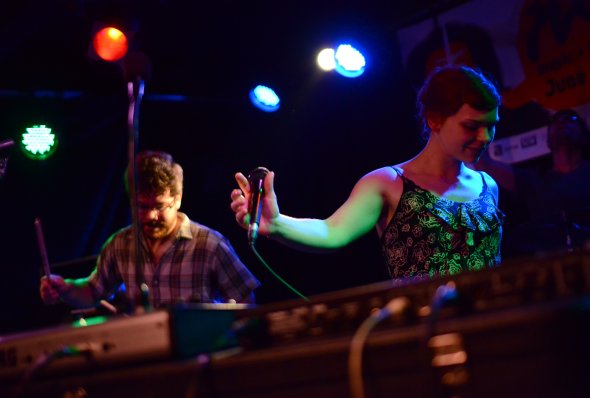 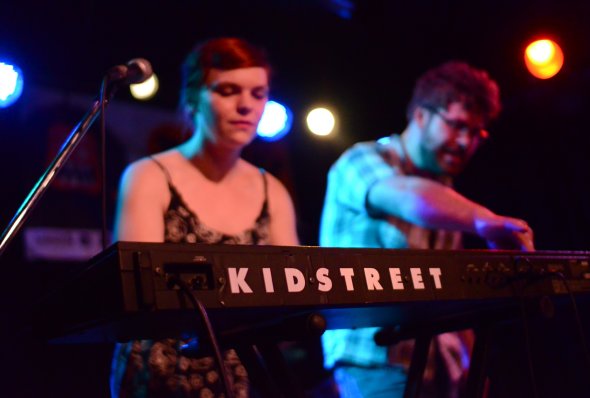 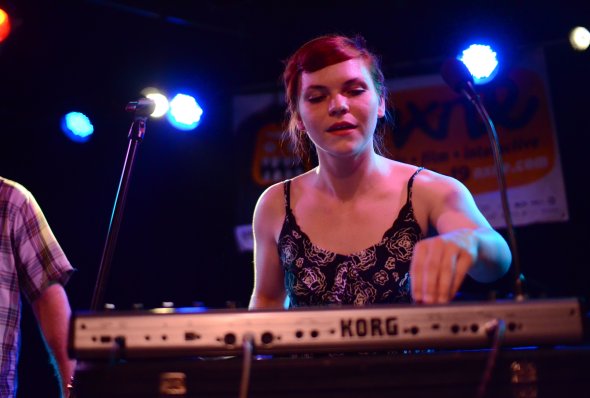 Kidstreet is composed of brothers and sister Karl, Cliff and Edna Snyder and hails from Waterloo. The band plays an exuberant and infectious brand of electro-pop. Songs like "Fuh Yeah," "X," and "Stay Away" are not only well constructed, but are delivered with such passion that it's impossible not to become invested with the band. And in the couple of times I've seen the band they have yet to fail to impress. However, for whatever reason, the band seemed to just have a bit of extra energy on Friday night -- it might have had something to do with the fact that they had a really receptive audience to work with. In any case, it was a great set and I hope that more people hear their music soon. 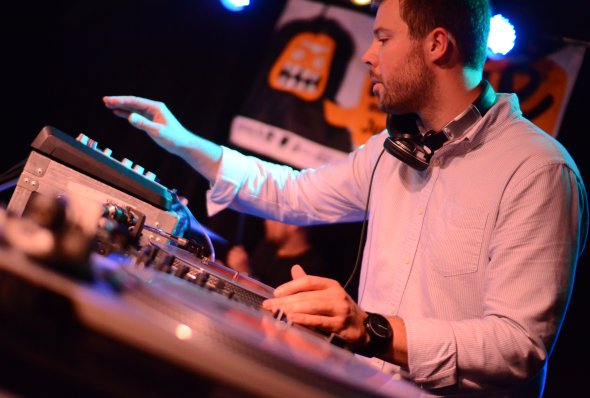 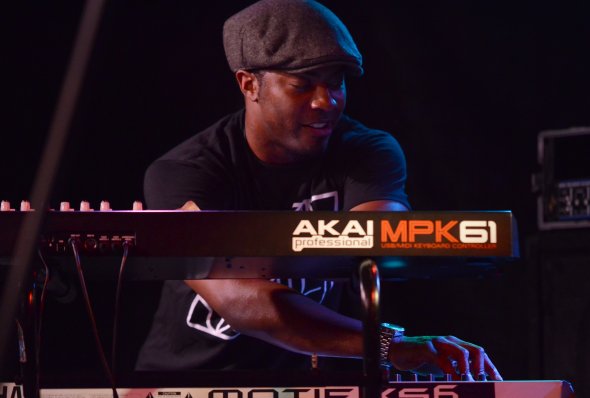 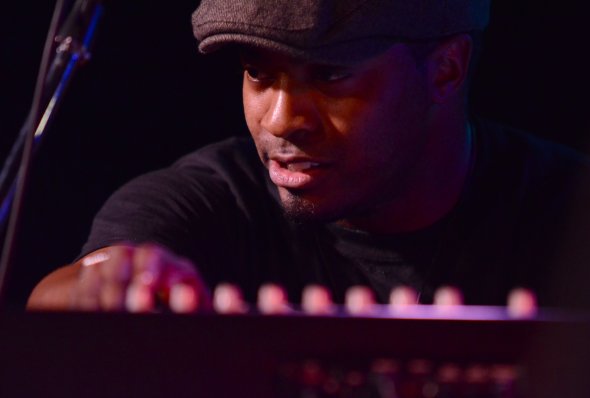 When I last wrote about Keys N Krates in December I had mentioned how much I enjoyed the trio's set but was worried about their long-term longevity when all they were doing was playing a live version of their most recent mixtape. On Friday night, the group used their "Almost 39 Minutes" mixtape -- the same mixtape they played during their December show -- as merely a lunching point for their set before transitioning to their new material; Matisse, the group's keyboardist, said that the group was previewing their new material for the first time and that the songs they previewed will be part of their upcoming album, "Blackout". Their new material is even sharper than their previous work and, if it's even possible, I think all three members have become even better musicians. This was one definitely one of the hottest shows of NXNE -- I'm pretty sure I was about to melt -- but I would also say its been one of my favourites so far as well. 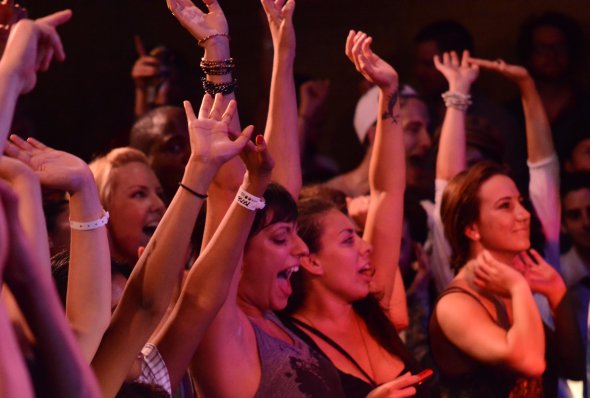