Lionel Richie's Tuesday night show at the Black Creek Festival proved to be a triumph over adverse weather conditions. For a while though, the threat of rain stopping play loomed large over the Rexall Tennis Centre at York University.

Conditions held out until the end of opener Michael McDonald's set. The Doobie Brothers veteran turned in some accomplished work, digging deep into his back catalogue with luxurious songs like "I Keep Forgettin," and even a few Motown numbers like "I Heard it Through the Grapevine." The vibe remained extremely laid back and McDonald's great voice and a seasoned band seemed to set the stage perfectly for his fellow goatee bearded soul brother. 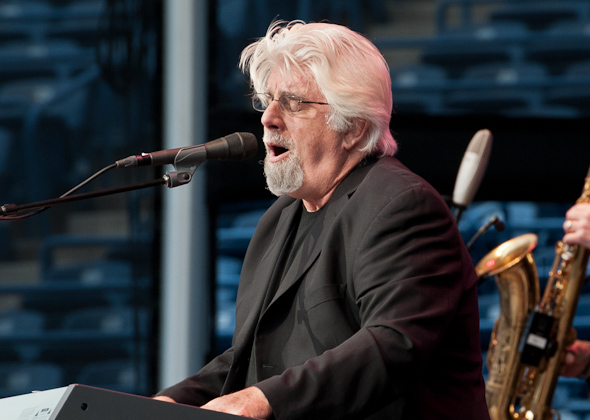 A sudden downpour, however, threatened to kill the positive buzz his set generated, as fans were forced to scuttle undercover. Some bought overpriced waterproof ponchos, while the whole lot of us entered into an interminable wait for the headline act. Once he eventually surfaced, though, years of crowd rocking experience meant that Lionel Richie had enough tricks up sleeve to raise everyone's dampened spirits. 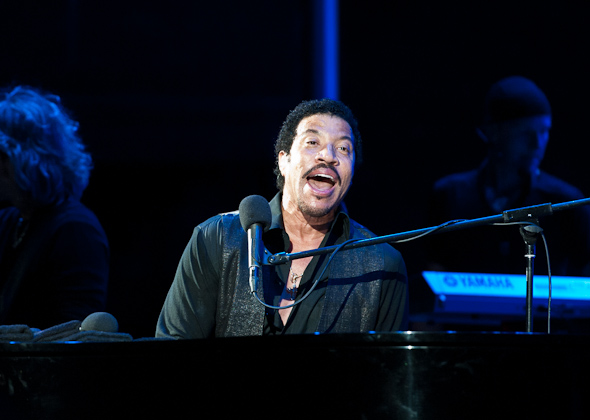 Unlike Michael McDonald, the stadium-seasoned Ritchie seems to know that if you really want to rock an arena, all you need is fun. "I sometimes see you pass outside my door..."

The wait was over as Lionel's disembodied voice echoed through the PA. Blue light shone behind the silhouette of the musicians assembling on stage. Then the immortal words; "Hello... is it me you're looking for?" 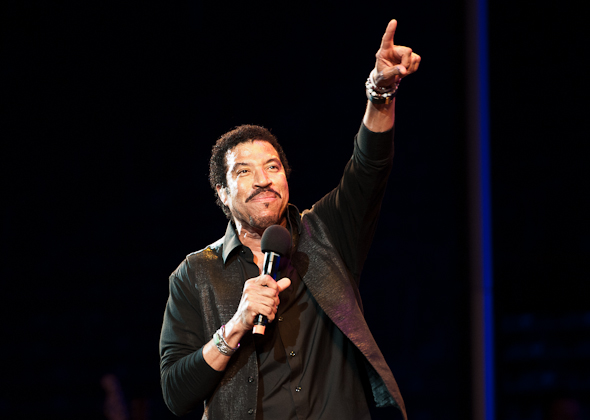 With this, the band launched into an wacky dance remix of "Hello," complete with samples of 90s anthem "Everybody Dance Now." Ritchie strutted onto the stage and took his position position behind the piano. 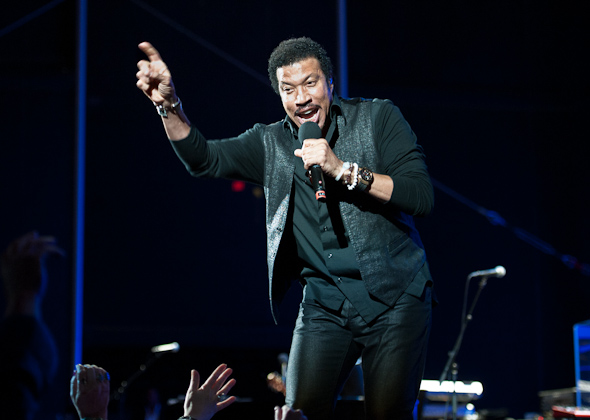 It's a nice moonlit night, no rain in sight," he said, before adding, "and if you believe that, I have some swampland to sell you." Cheesy, entertaining banter poured forth all night, and flattering comments were directed to the crowd regarding their enthusiasm, looks and ability to remember obscure Richie lyrics. 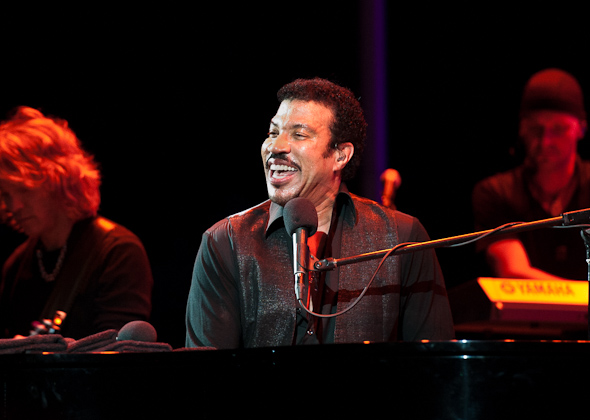 Throughout the show, a healthy balance was struck between sentimental balladry and big party starters. For every "Easy," drawn out into an extended jam with effortless aplomb, there was a rousing rave-up like "Dancing on the Ceiling." While the rain delay may have shortened the set slightly, the hits came thick and fast, and before we knew it Richie was wrapping up the show with the closing double whammy of "Brick House" and "All Night Long." 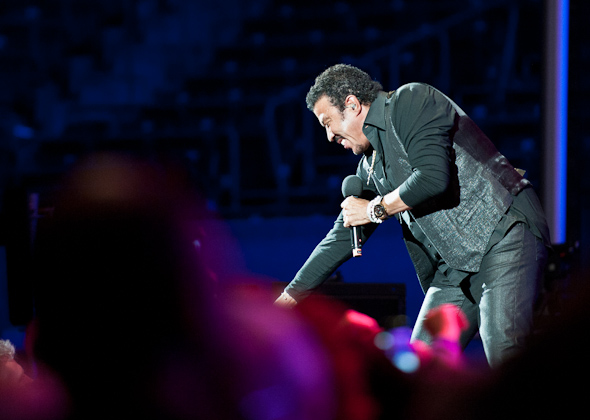 Whether singing, playing piano or scrambling to sign memorabilia thrown at him from the audience, Richie's perma-grin seldom let up. It's clear that Richie loves his job, and after so many years in the business, he made turning up for work, rain or shine, seem as easy as Sunday morning.