Joe Purdy brings his dark folk songs to the Horseshoe

Joe Purdy is a storyteller armed with immense musical talent â a crucial combination for a folk-based singer-songwriter. With emotionally driven lyrics that speak of loved ones, old friends, and running away (amongst other things), his songs always manage to strike a chord with me. On Sunday, he performed a brooding set that left the Horseshoe crowd completely satisfied.

Opening for Purdy were his touring companions, The Milk Carton Kids. Although this two piece band is only six weeks old, I was still impressed by their set and felt their music set the tempo for the show to come perfectly. Performing their self-proclaimed "sad and depressing" songs, I found myself enthralled by each one. 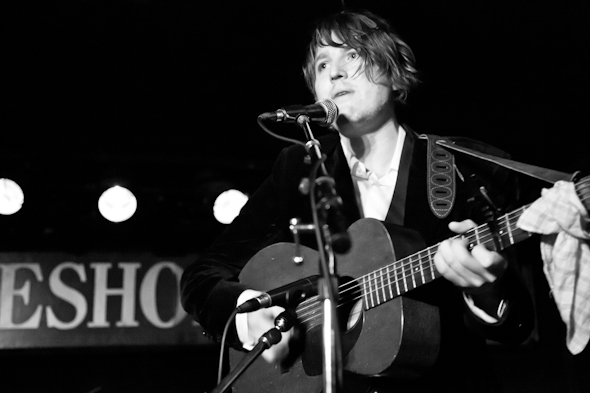 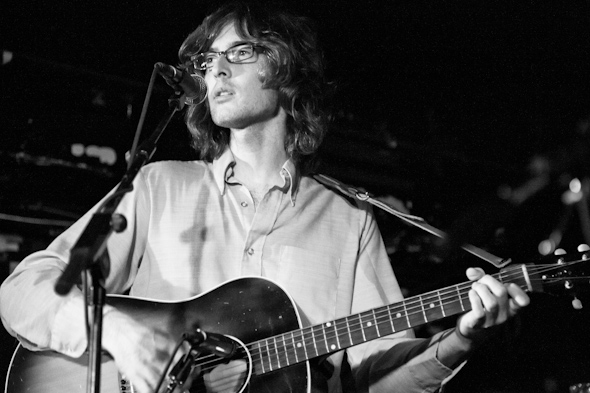 Particularly good, however, was their song 'Charlie,' which is apparently about a non-existent child of one of the band members. The ballad had the crowd murmuring quiet "awwwws" throughout its duration. With the duo's alternating vocals and impressive guitar work, I knew the rest of the show was not going to be a let down. 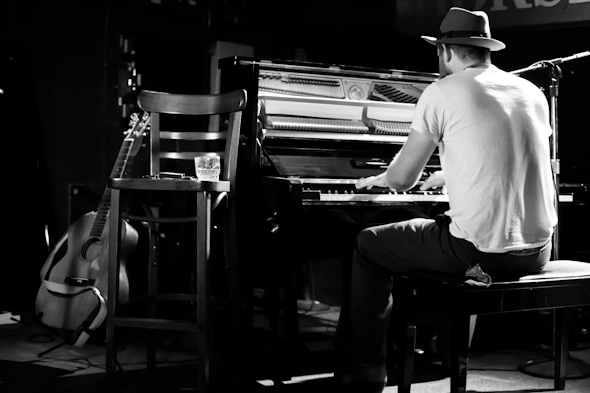 Some people may see the Arkansas-born Purdy as a sad person, but I get the sense that he's simply an emotive storyteller. Despite never having been to Toronto before, the crowd at The Horseshoe was surprisingly antsy for the songwriter to take the stage. I even overheard one man say he'd been waiting seven years to see him. Although I haven't listened to him for that long, I still understood his excitement, being a dedicated fan myself. 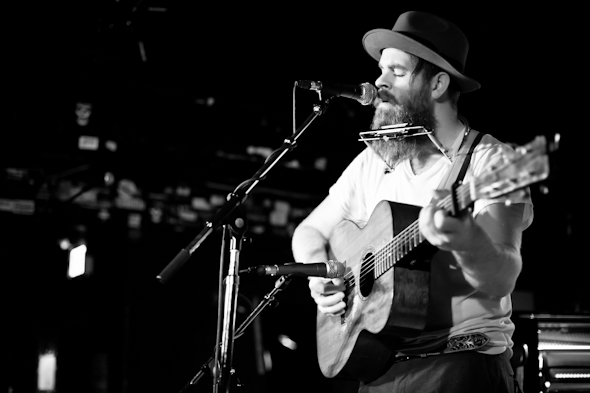 Opening his set with "Two Left Feet," he started off at a slow pace, accompanied only by an acoustic guitar. His voice was dead-on and the mood was reflective. After playing a few songs alone, the boys from The Milk Carton Kids then joined the stage to raise the mood and introduce one of the most played instruments of the night - the cowboy boot. With the three of them stomping along to the beat, their boots became a percussive instrument that took the Horseshoe back to its Tavern roots.

Worthy of mention is the sheer amount of talent Kenneth Pattengale from The Milk Carton Kids has. Throughout the night he was hopping from instrument to instrument, and by the end had played three guitars (acoustic, electric, steel), slide guitar, mandolin, piano, and a pedal powered organ. At one point Purdy even mentioned that Ryan had never picked up a mandolin before touring with him and had learned it specifically to back him up. Not only did he play them all with skill, he looked like he was having genuine fun while doing it. 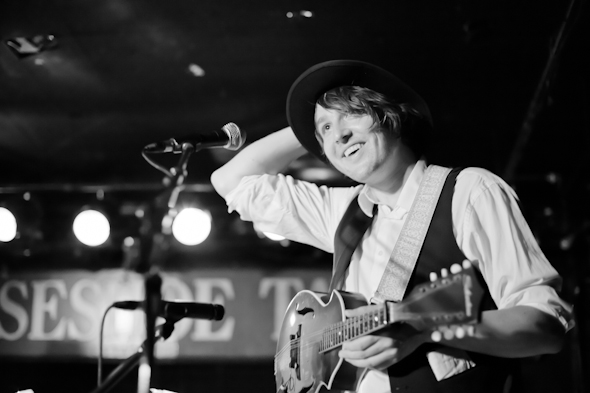 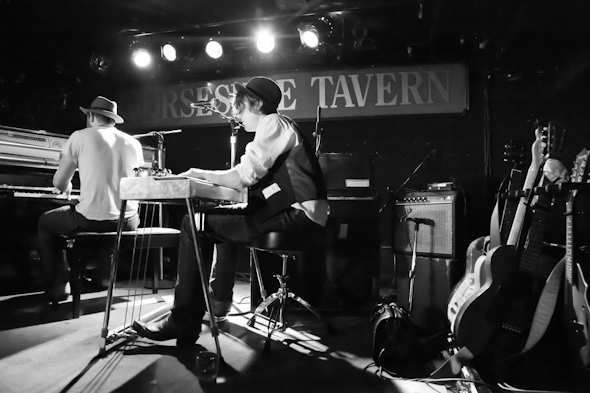 Throughout Purdy's almost two hour set he jumped back and forth from guitar to piano and played the harmonica periodically on the majority of songs, which were a mix of old and new stuff like Outlaws, Can't Get It Right Today, Worn Out Shoes, and The Sun. With 10 albums to his name, Purdy has a large catalogue of songs to take requests from. So when people began requesting songs, he proclaimed, "Don't get me started! I'll play all fucking night!".

For an encore he played "Canyon Joe, Been Up So Long" and then, to make my night even more complete, he ended with one of my favourite songs, "The Pretenders," which I had actually requested despite his earlier warning (Thanks Joe!). In Joe Purdy's own words "For their first time here, it was pretty god-damn good".

Words and images by Dylan Leeder.