"There's too much going on to keep inside the plastic wrap!" he says, as I look over the shiny new vinyl edition of the record. He's right- evidence of the band's uncontainable, sprawling vision is plastered all over the gallery space. 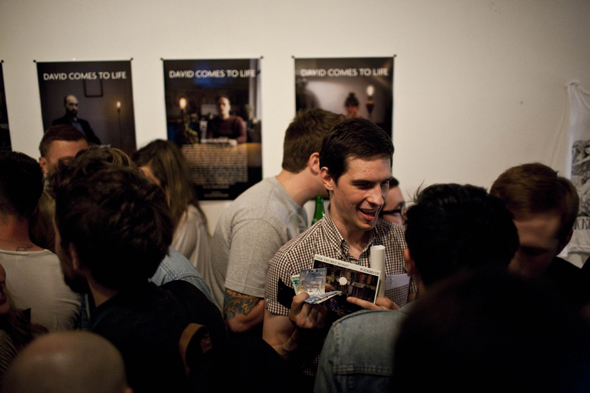 Against the far wall is the entire run of Fucked Up 45s, charting their decade-long transition from idiosyncratic underdogs to genre-busting, prog-punk uberlords, and testifying to their impressive productivity and creativity in the singles medium. Adjacent to this, the "David Comes to Life" artwork, featuring the recurring image of the lightbulb-another symbolic layer to David's world. 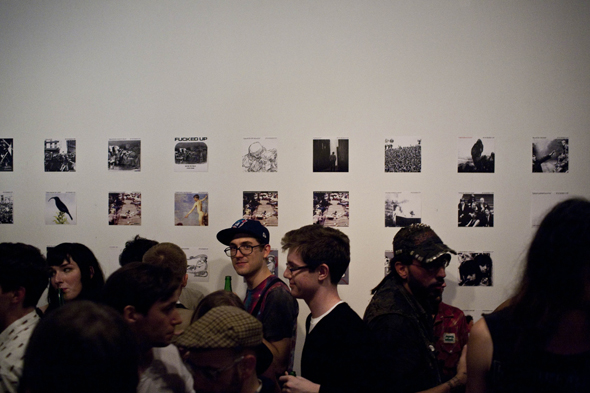 Beer and chips were laid on free of charge and a wide variety of Fucked Up goodies were up for grabs, but what caught my eye was a fictional compilation album made by the band and various guest artists, created as a companion piece to "David Comes to Life", which first became available on Record Store Day. 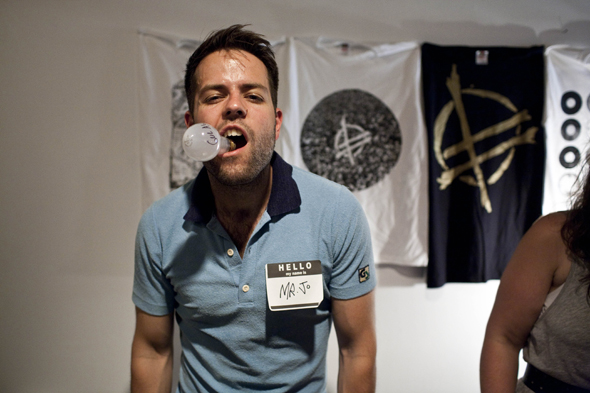 "David's Town", sees the band attempt some disparate musical styles that were popular in the 80's Britain context of the album, from the predictable; punk and British "pub rock", to the seemingly incongruent; Motown pastiches and, according to Jonah Falco, Abba-inspired songs. 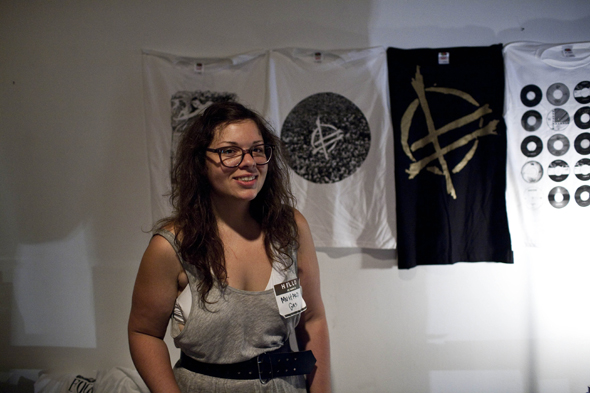 As for the main album, Falco describes it as a "classic boy meets girl story but with a twist in the narrative", as the narrator, who goes by the name of Octavio St. Laurent, steps into the plot following the death of the protagonist's love interest Veronica.

With a musical sophistication to match the highbrow lyrics, it seems like Fucked Up might have pulled of the previously unthinkable; making grand concepts and punk intensity seem like natural bedfellows. 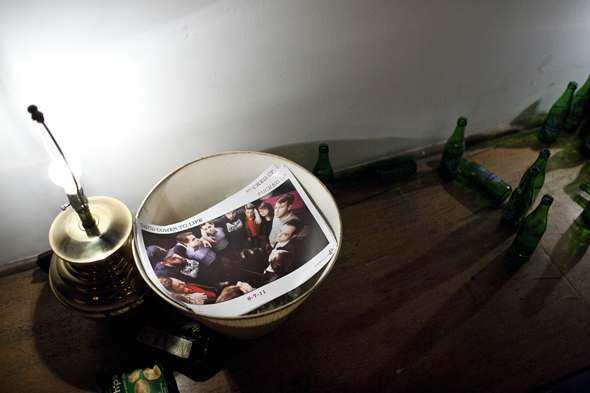 The band also pulled off an admirable coup reviving the tradition of the midnight line-up album release, with fans waiting eagerly before the 12.01am opening time. Once midnight came around and the gallery was full, Fucked Up brought "David..." to life with a birth worthy of the album's epicness. For at least as long as it took for the beer to run dry, anyway. 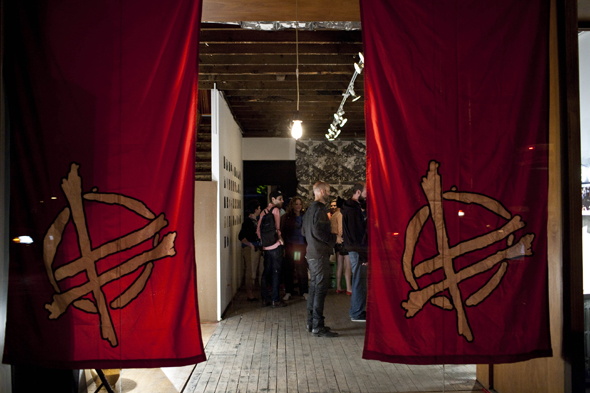