City and Colour bring a Little Hell to Sugar Beach

With the release of City and Colour's new album, Little Hell, came the albums release party held at the brand new Sugar Beach location. Being my first time to Sugar Beach and my first time seeing The Edge's half inside-half outside stage it made for an interesting setting to hear Dallas's new and old material.

Since Dallas Green's early days in Alexisonfire it has been interesting watching him go from the guitarist of the 'post-hardcore' band into a solo acoustic artist gaining more and more attention in the mainstream music world. He went from being in a band my mom told me to turn off to a household name that many people now know as a recent Juno winner for Songwriter of the Year. 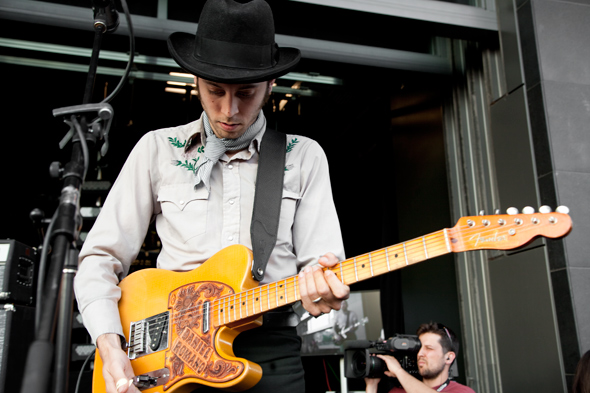 For me the best way to see City and Colour is an indoor, dimly lit environment with a room full of attentive eyes - basically the opposite of last night's show. Although I was not particularly fond of the setting of last night's performance I still thought the guys did a great job. Dallas' voice still rang out beautifully over the water (and created an interesting effect bouncing off the factory across the bay) and his band, consisting of members of Attack In Black and Raising The Fawn, all did their parts to bring the songs together. 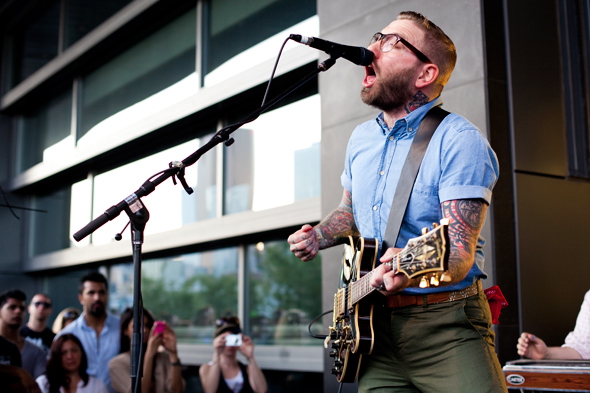 Last night the five piece performed a good mix of old songs including Sleeping Sickness, Waiting, and Sometimes (I Wish) and also a few songs off of his new album including Fragile Bird, Weightless, and We Found Each Other In the Dark. After their last song the crowd of screaming girls began chanting "one more song" with Dallas replying that "this isn't a real concert" - a fair statement considering it was a free show on a small stage with the purpose of giving the fans a little treat before the release of the new album. 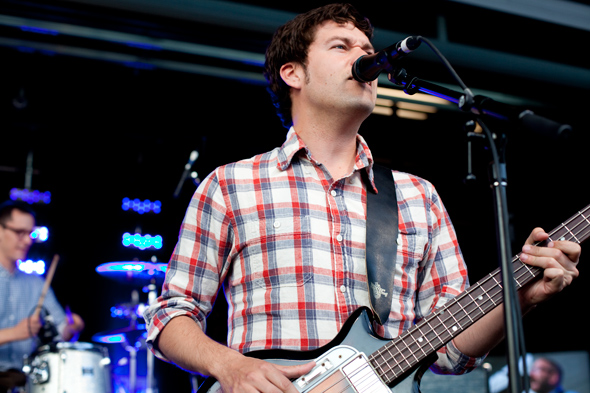 The last time I saw the band perform was for their Juno show held on an outdoor stage in the middle of winter and resulted in his voice not warming up for two or three songs - I ended up leaving before the end of his set due to the cold. Although my experience last night was much better than the winter show I'm still ridiculously excited for the secret show that's happening at the Dakota Tavern tonight (9pm start time). 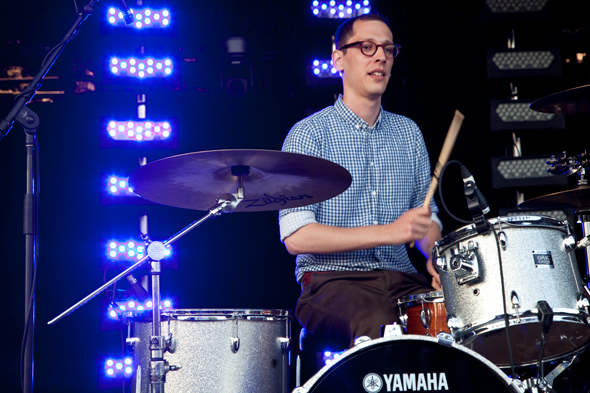 Although the performance last night was good I feel that The Edge stage is better built for acts that are not going to bring in such a large crowd. Last night it got to a point where Dallas's fans had created a wall making it very hard to see from any side and resulted in people having to climb trees or accept them not seeing and taking post on the nice sandy beach very close by. Overall an interesting night and I look forward to further happenings at the new Sugar Beach location. 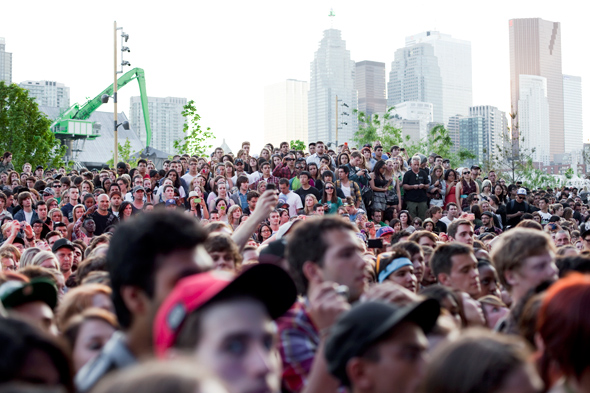 See videos of the show HERE