The Felice Brothers move and shake at Lee's Palace

After playing to a packed Horseshoe Tavern last summer, The Felice Brothers returned to Toronto with a new album in tow, ready to show off old favourites and some fresh songs to an equally crowded Lee's Palace. 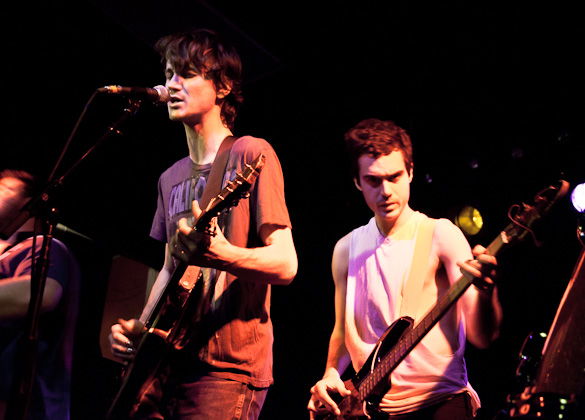 The group of former New York City subway buskers started things off with the high energy "Run Chicken Run," a classic Felice Brothers tune with fast paced fiddle work from Greg Farley and a lot of moving and shaking from the band as a whole. The Brothers continued on with some old faithfuls including the sing-a-long "White Limousine", the gun-centric "Hey Revolver" and my personal favourite "The Greatest Show On Earth", a song no doubt influenced by Bob Dylan's Rolling Thunder Revue days. 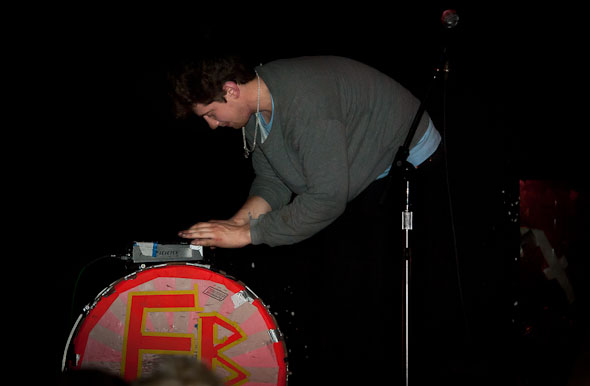 The first new tune the Brothers laid down was "Ponzi" off their latest record Celebration, Florida. With this song they blended their traditional hoedown brand of roots-rock with splashes of electronic sounds. On record, the added drum machine is an interesting touch, but live it really sounded as though Farley had just discovered the machine, brought it on stage, and decided to give it a try. Thankfully, he jumped on toms mid-set, giving an added burst of percussive glory to the song before the group smoothly segued into "Take This Bread."

Towards the end of the set, the Brothers played a rearranged version of "The Big Surprise" which on record is quite minimalist, but Thursday night it was transformed into a mellow folk number, delicately played by the band with eyes closed tight. Next up was the seldom-played "Her Eyes Dart Round," which is one The Felice Brothers' more emotional slow tunes. 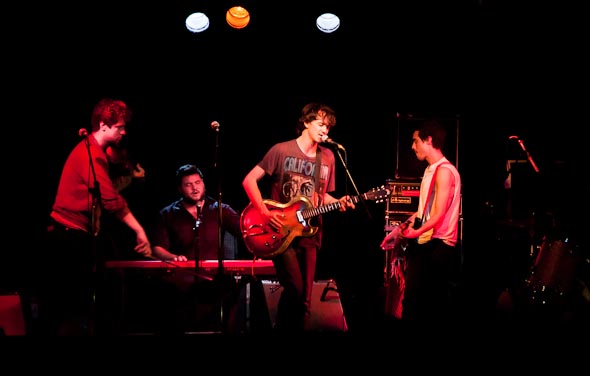 The encore was a perfect mix of old and new as the group played an explosive version of "Fire At The Pageant" before ending the night with the dark, mysterious and exceptionally bluesy "Helen Fry." The Felice Brothers new songs tread a bit unsteadily into ambitious, electronic territory that unfortunately hasn't been perfected by them yet. Luckily, they're a damn good live band that knows how to put on a very exciting show.