Tame Impala continue their rise at the Phoenix

It didn't take long for the Australian born psych-rock collective Tame Impala to make their way back to Toronto. Taking a big step up from The Horseshoe to The Phoenix, it came as no surprise that the combination of British buzz-band Yuck and Tame Impala were easily able to fill the venue on a dreary Sunday night. Perhaps the band returned so soon because their new tour manager is from Toronto. His name is Matt, maybe we know him?

I was a little skeptical about seeing Yuck for my first time. Plenty of indie blogs have been championing the hell out of them, and as far as the studio goes, their sound doesn't strike me as life changing or mind-blowing. Seeing them live, however, changed my mind. The band is totally locked in with each other, and their melancholy, '90s era rock sounds like a perfect hybrid of Nirvana and A Ghost Is Born/Yankeee Hotel Foxtrot-era Wilco. Clearly all the online buzz is doing Yuck well, because there seemed to be almost as many people there to see them as there were for Tame Impala. 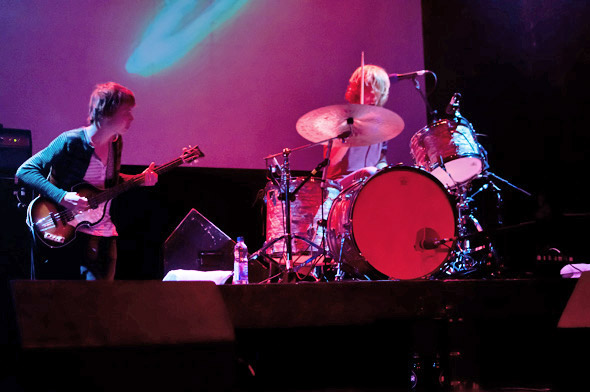 The Tame Impala boys looked very comfortable perched up high on The Phoenix stage. As the foursome launched into the fast-paced groove of "Why Won't You Make Up Your Mind," the audience wasted no time sparking up joints, and the smell of weed began to fill the venue. Barely taking a minute to breathe, the band proceeded to play an exceptionally jammed out version of "Solitude Is Bliss," which segued into a fairly straightforward reading of the mellow and jazzy "It's Not Meant To Be," their signature crowd-pleaser.

Lead singer Kevin Parker wisely rigged up his guitar through his MacBook, allowing him to create an array of visualizations (think old school Windows Media Player) that were synced to his playing. The video element added a nice psychedelic touch to the band's live performance, which is otherwise far from theatrical. I noticed Yuck's drummer Johnny poke his head out from stage right, to chat with Kevin for a couple seconds in between songs. As I had suspected, Kevin then informed the crowd of Osama Bin Laden's death, an announcement that was met by heavy applause and cheers. Riding that energy, the band broke into a cover of what sounded like Radiohead's "National Anthem" but was actually "Angel" by Massive Attack. This tune was considerably heavier than any of the band's original songs, but they dug right into it, each member locking into the jam quite well. 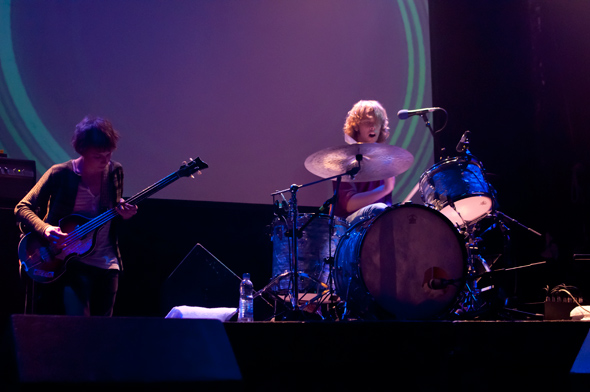 Both Yuck and Tame Impala played exceptionally solid sets on Sunday night. And, with a new Canadian tour manager in tow, it's safe to say that we'll be seeing Tame Impala around our city more and more. So, as long as they keep booking gigs, it seems the fans will come, rain or shine.