Rammstein brought the fire to the Air Canada Centre last night â literally. In fact, I think one of my contact lenses got singed. Lead singer Till Lindemann commanded the crowd throughout the 100-minute theatrical performance last night. This German band know how to put on a show.

Since 99 percent of the North American audience isn't likely to understand the lyrics -- mostly sung in German -- Rammstein relies heavily on theatrics, including pyrotechnics galore. 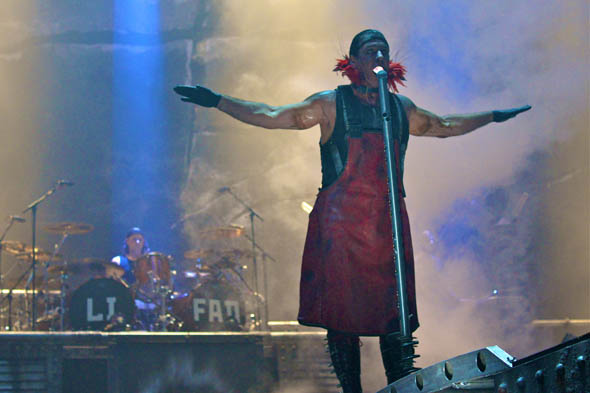 A spirited mosh pit formed in the centre of the floors, seeming to get quite violent at times. But it was a mostly friendly bunch. 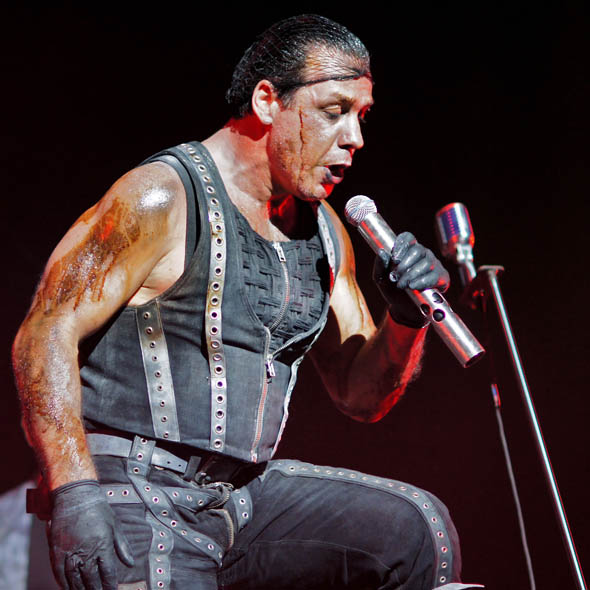 The crowd was comprised of hordes of male fans in their 20s and 30s. But I also saw several younger couples, some father-daughter pairs and a bunch of metalhead men well into their 40s. 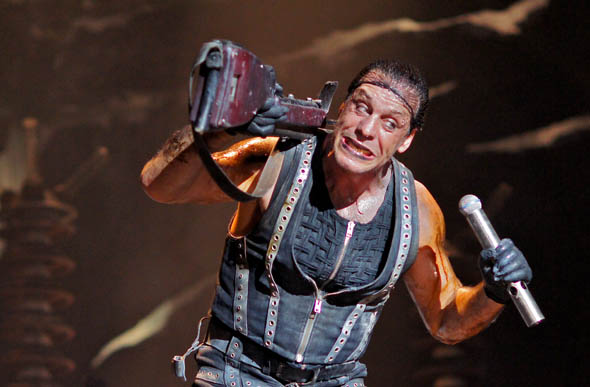 Lindemann was the obvious focal point throughout the show. But he frequently engaged his keyboard player, Christian "Flake" Lorenz. In one scene he chased him into a huge garbage receptacle and climbed up a fence-like structure and poured a vat of fireworks onto him. 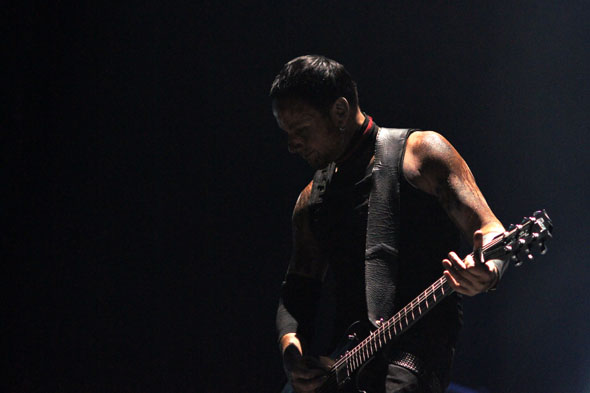 The poor guy emerged moments later in a head-to-toe sparkly jumpsuit, as if resurrected from his ashes. He climbed back up to his perch on stage and continued to play while on a treadmill. This scene seemed like something almost out of a Cirque du Soleil show. 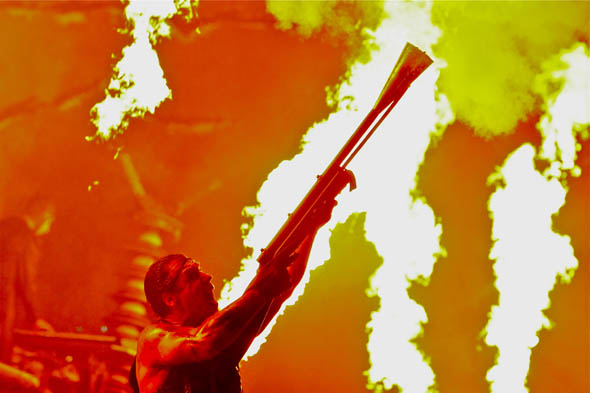 At one point, Lindemann grabbed what looked like a fat rocket launcher and aimed it at the centre of the crowd. I thought a big blast of fire would be directed at the unruly boys moshing about. Turns out they got a giant blast of foam bubbles. That seemed to do the trick. 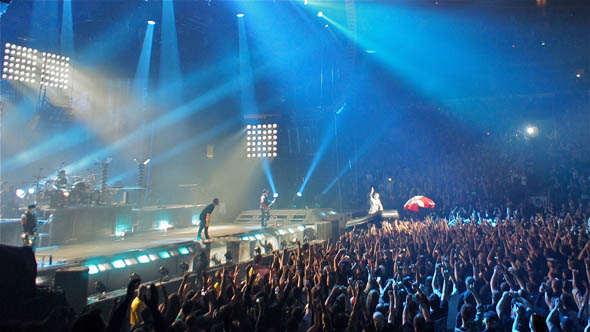 Lorenz, towards the end of the show, jumped into a huge black dinghy and crowd-surfed halfway across the floors before circling back and pulling out a Canadian flag, which got a late peak out of the exhilarated, fire-tinged crowd. 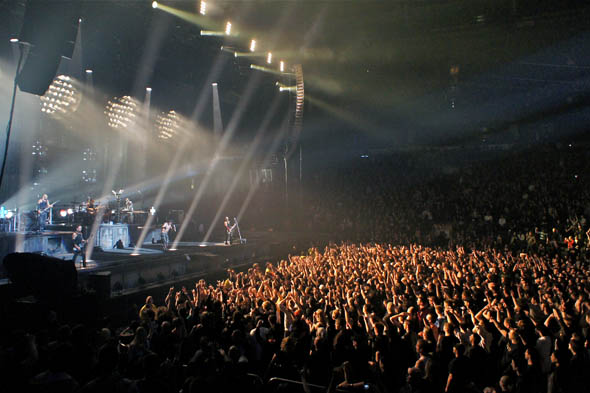 All told, it was quite a delight to take in such an awesome display of fire. Although it had a tendency to overshadow some great music, from the starting chant of Rammstein to the final encore Engel, which saw Lindemann centre stage adorning a four-metre wingspan of black, fire-shooting angel's wings. 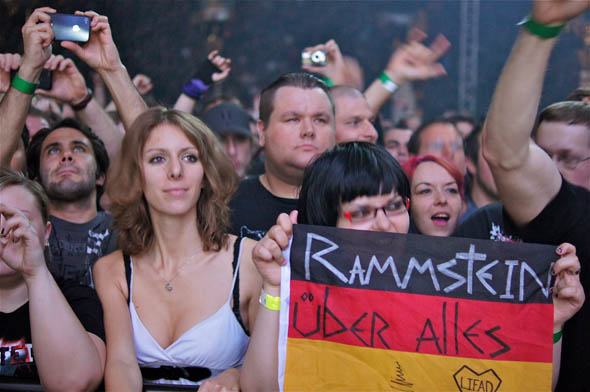