On Wednesday night the the Centre for Addiction and Mental Health (CAMH) hosted its annual UnMasked charity event. The goal of the event is to not only raise money for the centre, which is in the middle of an extensive redesign and redevelopment of its Queen St. campus, but, more importantly, to raise awareness about and combat the stigma those dealing with addiction and or mental heath issues have to contend with every day. The event was held close to the centre at 99 Sudbury and hosted over 900 guests. 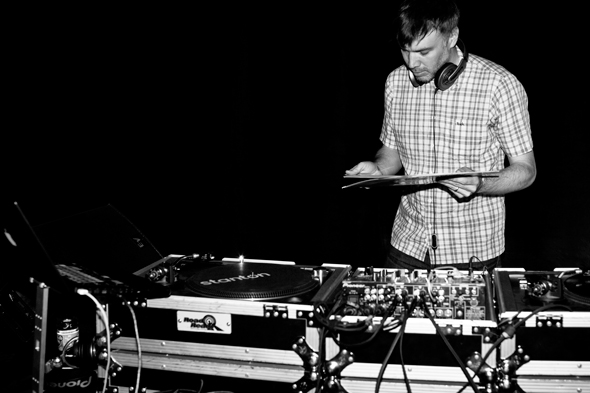 Musical accompaniment to the night was provided by Buck 65 (Richard Terfry) and two-halves of Metric. First up was Rich's DJ set. Those familiar with Rich's radio show on CBC Radio 2 will know that Rich always does a good job of playing a diverse and interesting selection of songs. On Wednesday night he brought that same sensibility to the turntables, and the result was a lengthy and fresh set that included a bit everything. Eventually, Rich's DJ set gave way to an acoustic performance by Emily Haines and James Shaw from Metric. 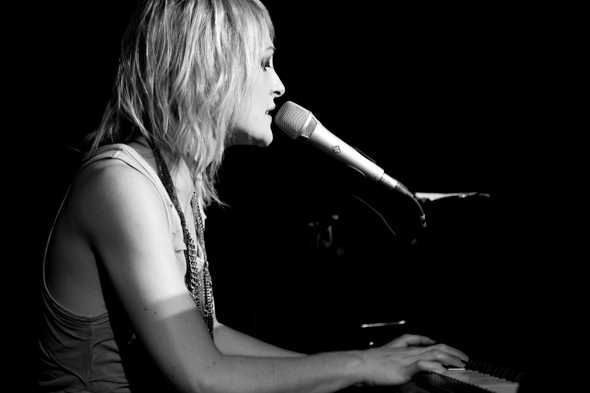 The set Emily and James played was short, consisting of only five songs. The two played three of their own songs, including: "Help I'm Alive," "Gold Guns Girls" and "Gimme Sympathy." They also played two covers, one of which was a beautiful Neil Young cover of "Expecting to Fly." And while their set was short, it was nonetheless interesting to hear the acoustic arrangements the two of them thought up for songs like "Gold Guns Girls."

Besides the music, guests also had the chance to participate in an art auction. The auction had some tremendous pieces of Canadian art on display, including pieces by James Lahey, Charles Pachter, and Douglas Coupland. 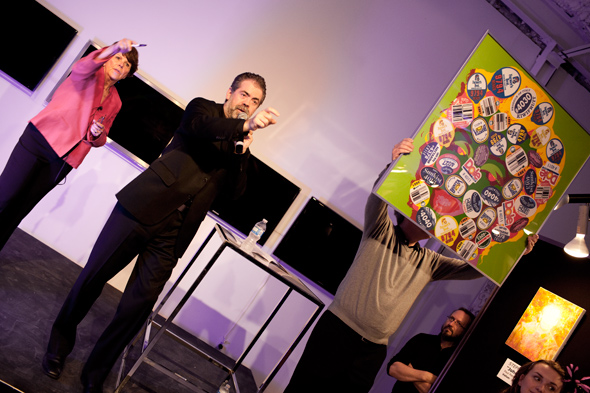 Guests also had the opportunity to tap into their own creative side thanks to a digital canvas and digital spray cans. 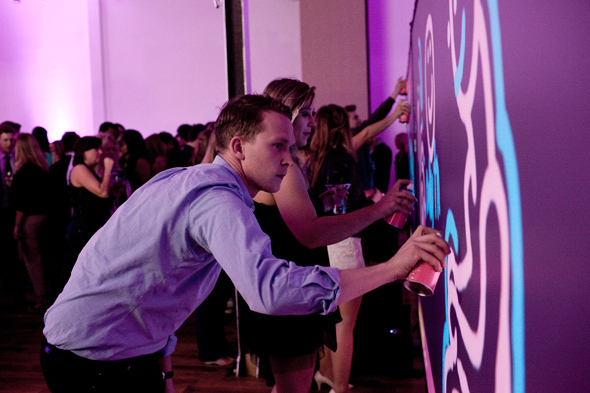 Something this site has covered extensively these past few weeks is the recent crackdown by City Hall on graffiti in the city. One of the neighborhoods that has been most affected is the very neighborhood that CAMH inhabits. Now, whatever one's opinion is on graffiti and street art, it's hard to deny that in some way the presence of graffiti defines West Queen West. In the same way, CAMH too has come to define this stretch Queen.

Yes, this is a neighborhood where people go to enjoy a good cup of coffee, see a band or gaze at some interesting art, but it's also a neighborhood where people go to get help when they're down on their luck or having a hard time. I don't think the neighborhood would be the same without CAMH's presence and it's for that reason that I find the institute's want to integrate the centre into the community and make the community a part of the cure both noble and worthwhile. This sentiment was shared by Emily Hanes, who, along with James, was gracious enough to take some time to chat with me.

"Well, the point is that you integrate these things. You don't alienate people, you don't judge people. The facilities that are provided by CAMH are some of the most modern and their research department is incredible. You know, we found out today that Bell donated ten million dollars, which is incredible. And this is all in a climate of a time when people are trying to cut off social spending and it seems just generally be assholic about other people's well being.

And I think to see people coming out and support CAMH is what makes the city so great -- it's that we actually care about the people who live in it. And if someone is having a hard time and or struggling with addiction I think it's important not to be so quick to judge people and think you're so superior and just be grateful that there's a place like CAMH. It could be you, your friend or a family member that's suffering with these problems. I hope people get the right message and realize that something like CAMH is worth while."