I arrived at the Cameron House not knowing what to expect from Jane's Party, a fast-rising Toronto foursome plying an honest trade in classic pop hooks. I left thinking that I could have seen the next big thing- though perhaps more for the band's radio-friendly marketability rather than any particular musical genius.

To promote their "Garage Sessions" record, the band offered up a Last Waltz-inspired epic show on Wednesday night, bringing in friends for musical guest spots and lacing their set with classic covers. Neil Young, The Band and The Beatles numbers were featured prominently and the Jane's Party versions were outstandingly rendered facsimiles. With each harmony and guitar lick in its right place, clearly this music was a product of hundreds of hours hard work in said garage. 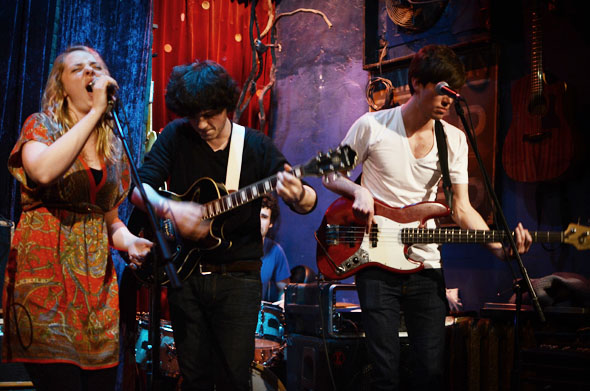 Among the many guests were Britton Alison from Cavaliers, who joined the band for a fine rendition of Neil Young's "Helpless". Devin Cuddy meanwhile, performed a few of his own numbers at the house piano while Jane's Party rocked out at a sensible volume beside him. The variety on show helped keep a capacity crowd entertained for the lengthy duration, even if at times the group resembled Toronto's most handsome young wedding band. 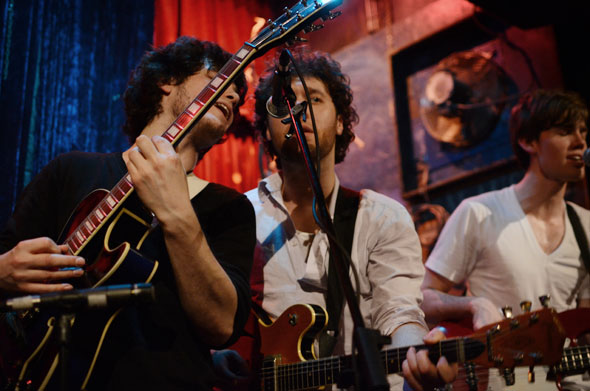 The Jane's Party originals showed us where the band had taken their vintage influences. "Into the Wild" played with time signatures assuredly and "Alone Together"-kicking off the band's third set of the night- is an undeniable indie pop hit in waiting. Elements of contemporary bands like Phoenix and Wilco made their way into Jane's Party's sound, even if the lack of edge was sometimes frightening for musicians so young.

Jane's Party then will likely go on to much bigger and better things. However, if you're the kind of jaded cynic that has an aversion to talented kids offering little more than sharp hooks, sharper cheekbones and accomplished musicianship you may want to avert your eyes and ears to this band now. Jane's Party will probably make you feel slightly sick. 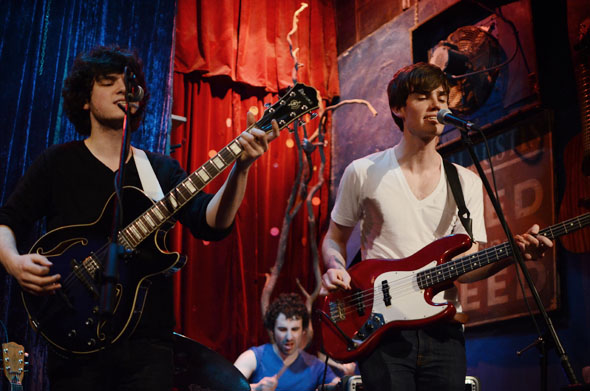