For this week's In The Window, I stopped by the newest Cosmos West Records to see what bands they're featuring. While their other store offers a more funk/hip-hop selection, this location offers an impressive variety of Jazz, Blues, Psych, Latin and Brazilian vinyl.

The tricky part about covering Cosmos for In The Window is that they actually don't have records in their window, but knowing these shops are some of the most popular in Toronto I wanted to make a point to do an entry on them anyways. The store's owner, Aki, explains that "the sun ruins the albums," which is a completely valid point.

So I went inside and photographed the displays he had erected there. 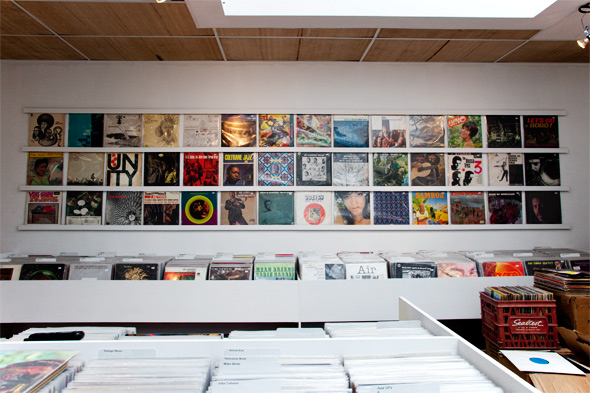 Because his store walls are basically filled with records, I asked Aki to pick his top 10 from the new arrivals display:

He also has a smaller section that's focused on rock/psych albums. Here's Aki's top five from that wall: 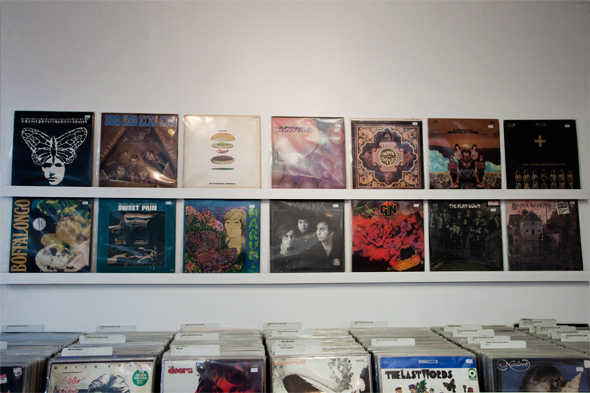 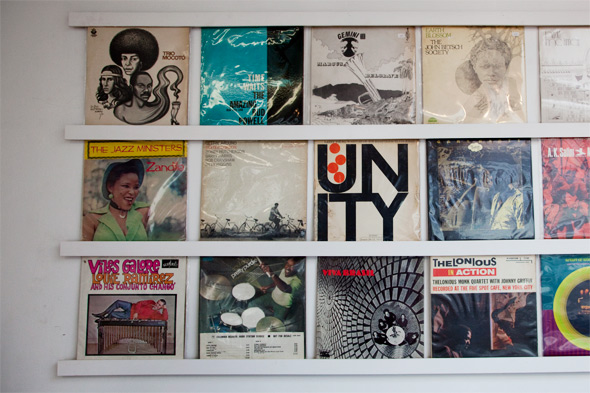 When asked to speak about three albums, he said...

Trio Mocoto - Trio Mocoto
"One of my favorite samba funk groups out of Brazil. You can rock a party with a couple of these tracks or can make a collector conceive a voodoo doll with your name on it.

Jazz Ministers - Zandile
"Under the radar jazz dance piece out of South Africa..love staring at this cover.."

Viva Brasil - Viva Brasil
"Independent release out of California. Can never get enough of this classic version of Skindo-Le-Le. Even if you can't dance you will with this one."

When asked to speak a little bit about Cosmos West Records he summarized the store's philosophy in saying "our mission is to find music we've never heard before."