The Low Anthem keep it simple at the Great Hall

There are no two better bands than The Low Anthem and their longtime friends The Barr Brothers to make you slow down, take a step back and really listen to a live performance. 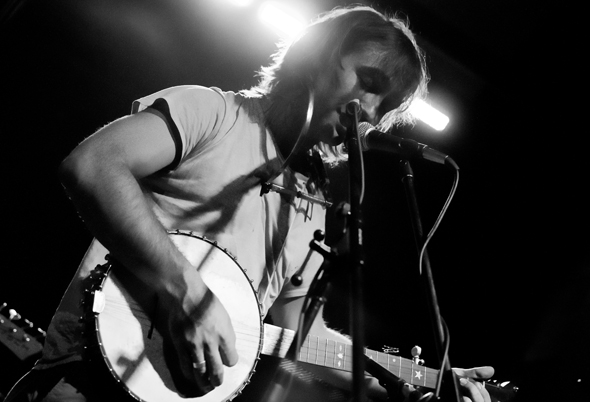 The Barr Brothers, who hail from Montreal, opened Wednesday night's gig at The Great Hall with their subtly complex and inspired folk rock. The foursome incorporates electric and acoustic guitar, harp, pump organ and an array of percussive devices to make traditional folk music in the most nontraditional ways. Needless to say, they set the bar high for their friends. Thankfully, The Barr Brothers will be playing two more shows during CMF this coming week. 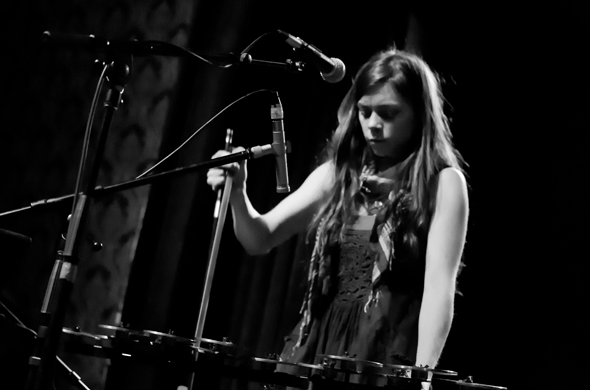 Huddled together in a circle at the front of the stage, The Low Anthem opened their set by performing a mostly a capella rendition of the haunting "Ghost Woman Blues." This campfire style of performance was a recurring theme and is a true window into the musical mentality of the group. This quartet of link-minded individuals seems to have stepped out of the past, playing as if electric equipment has yet to have been invented. They utilize so many unique, vintage instruments that it's often hard to keep track of who plays what. Throughout the night, each member of the band seamlessly transitioned between beat up guitars, banjos, drums, pump organ, clarinet, saw, and a number of bell-based and percussion instruments that I can't even begin to tell you the names of. 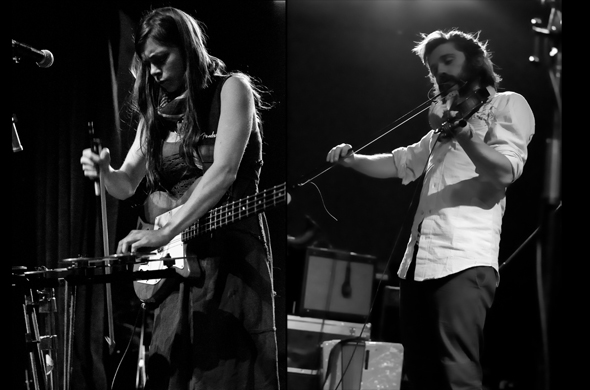 Most of the songs off of the band's brand new record, Smart Flesh, are slow tunes, built around harmonies and quietly strummed instruments. Thankfully, the crowd was dead silent for most of the show, allowing us to hear these lush sounds with ease. There were, however, also several foot-stompers, including an ode to baby-boomers called "Hey, All You Hippies," as well as "Boeing 737," a song that tackles the emotional aftermath experienced by a 9-11 witness. 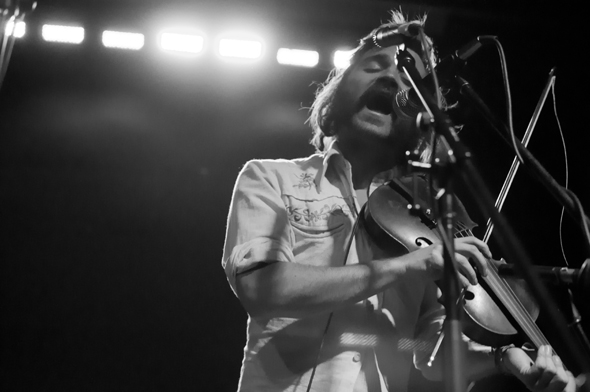 Both The Low Anthem's style and sounds scream vintage, so it came as no surprise that the band's newest member Mat Davidson bore a striking resemblance to Rick Danko of The Band. Sharing similar violin and bass playing mannerisms with the classic rock legend, their identities were virtually blurred when Davidson began playing a vintage accordion that was actually owned by The Band. It turns out the instrument was a gift donated by a Toronto fan right before the show! 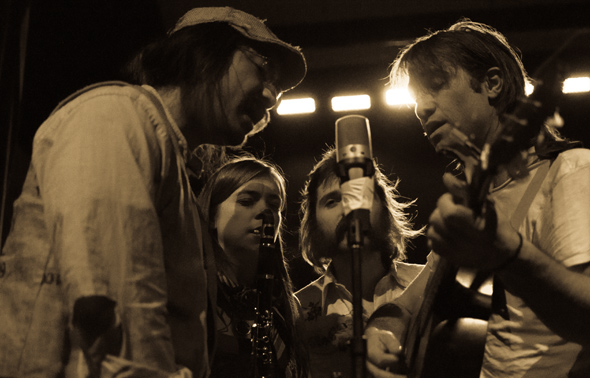 The Low Anthem ended the night with stunning renditions of "Smart Flesh" and their signature song, "Charlie Darwin." The group is now three albums and several tours deep into their career, and it seems as though people are finally taking the time and patience to notice the beauty of their musical craftsmanship. 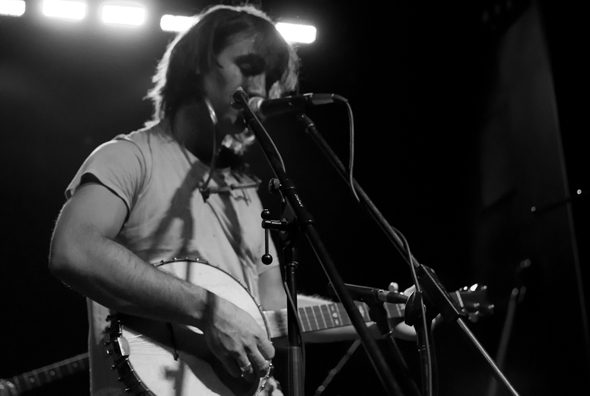