If this CMW showcase was anything to go by, it seems that some of the brightest new bands in Toronto are those drawn to the dark side. Inside Wrongbar's jet-black exterior on Thursday, the artists were united by a shared musical vision that was in turns spooky, sinister and occasionally downright disturbing.

Josh McIntyre's Little Girls project took to the stage amid squalls of guitar feedback and delay, a noise that continued to hover over them throughout the duration of this post-punk master-class. 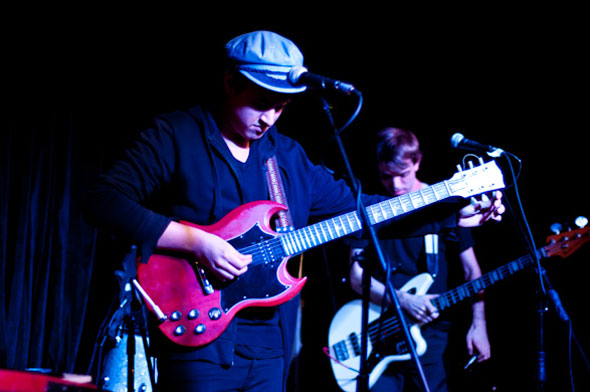 Like Joy Division transmitting live from the bottom of a well, McIntyre's echoing vocals bounced around on top of urgent, minimal instrumentation, indecipherable but haunted sounding. Any concerns about Little Girls falling victim to the difficult transition between bedroom recording project and full band can be laid to rest.

The impressive current live incarnation- featuring McIntyre, Gerald Grison, Andrew Wilson and Tristan Bates- have fleshed out the prototype of Little Girls' skeletal goth-pop magnificently. With the addition of some interesting guitar sounds and rhythms to the mix, hopes are high for the follow up to the excellent "Concepts" album. 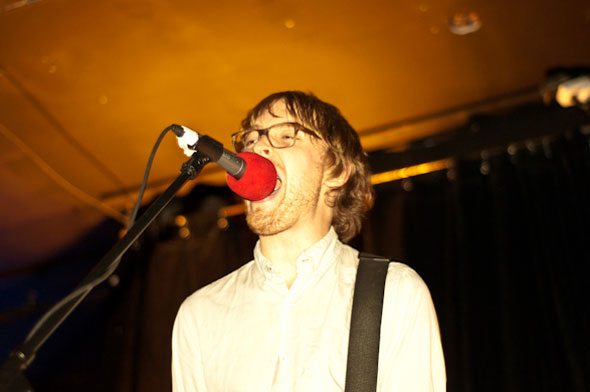 Metz arrived to strip away the pretense with a blowtorch-like assault on the senses. This intense Ottawan power trio turned in a performance resembling a sonic exorcism, challenging eardrums and blowing hats off heads. 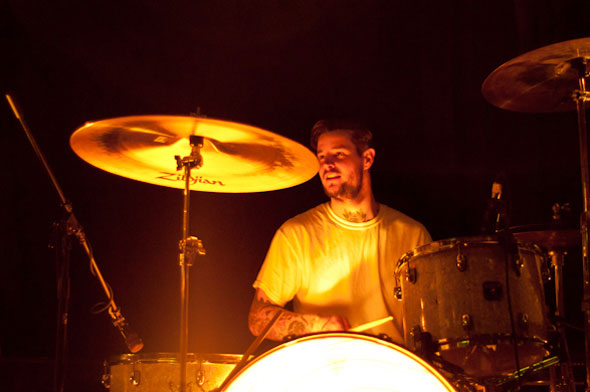 With layers of abstract guitar noise and pummeling drums, songs such as "Negative Space" flailed and thrashed before us before being bludgeoned to a sudden death. Just as suddenly Metz were leaving the stage, leaving us punch-drunk and disoriented in their wake. Between songs vocalist Alex Edkins made a point of announcing that, despite technical difficulties, the band were in a good mood. You have to feel sorry for the poor audience who encounter these guys on a bad night.

The evening took a musical left-turn with the introduction of Austra's ethereal electro-pop, but the spookiness continued. Lead singer and band mastermind Katie Stelmanis is a natural at offering up chilling refrains like "I know this despair" with a harrowing sincerity. 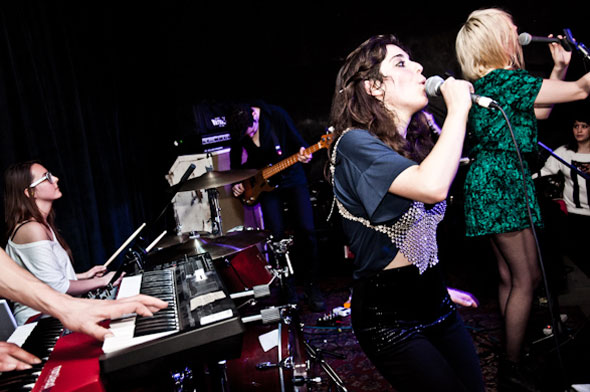 Though clearly indebted to past visionaries such as Kate Bush and The Knife, Austra are in possession of a unique and bewitching presence all of their own. Flanked, with pleasing symmetry, by twin backing vocalists, Stelmanis' classically trained voice soared beautifully over the electronic terrain, while her body twisted into appropriately strange and captivating shapes. 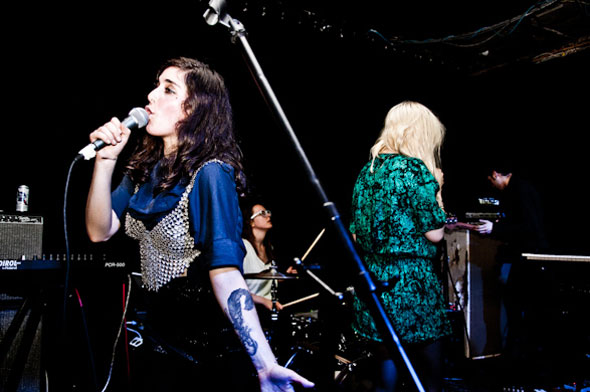 Euphoria kicked in with the familiar sounds of first single "The Beat and the Pulse", and from there on in Austra guided the dancing masses out of the darkness and back towards the light. When it was all over we stepped out onto the rainy streets of Parkdale knowing that music in 2011 is in safe, albeit slightly evil, hands.